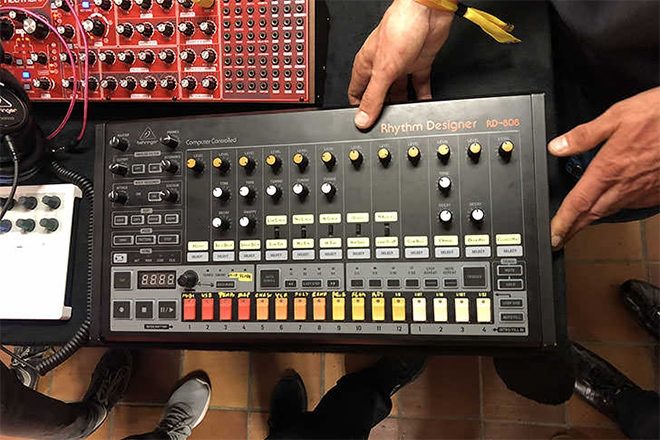 German music hardware manufacturer Behringer has sent a cease and desist letter to the Chinese music tech blog Midifan after the site used words like "shameless" and "copycat" to describe the company's products.

In the letter, Behringer's lawyer points out the blog has published articles with headlines that read "Behringer’s recent crazy copycat stems from a trap of imitation chip more than a decade ago” and "Can’t stop copycat: Behringer will make the Eurorack module next?”

Having just released a clone of the Roland TR-808 - aptly dubbed the RD-808 - the Chinese blog published an article with the headline “Shameless: Behringer exhibit copycat of TR-808, SH-101, Pro-One and Odyssey”.

Behringer has been sued in the past for copying designs but claims that its clones of classic machines, such as the Minimoog Model 8, are perfectly legal since the technology is in the public domain now that Moog’s patents have expired. Despite its legality, their practices have faced some serious backlash from the many music technology enthusiasts.

The letter goes on to demand that Midifan "remove all the insulting infringement articles" within seven days and "issue a clarification announcement... to eliminate all adverse effects caused by the negative reputation due to your inappropriate comments." The manufacturing company says it would pursue "criminal responsibility for defamation" if the blog does not comply to their demands. Due to China's stringent laws, those responsible for the site could face up to three-years in jail if found guilty.

A music technology company sending a cease and desist letter to a press outlet for soliciting their opinion about a company's products and practices is indeed an unprecedented situation. Last year, Midifan also reported that a factory in China which is owned by Behringer was the scene of a factory-wide strike due to unsafe working conditions.

Since receiving the threatening letter, Midifan has responded. Read a translation of their "apology" below. 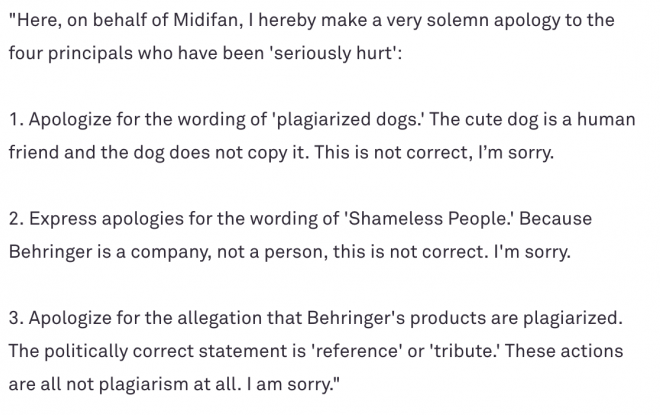 The language in the above mentioned articles on Midifan have been changed to use neutral words such as "tribute" and "clone" rather than "copycat" and "plagiarized."