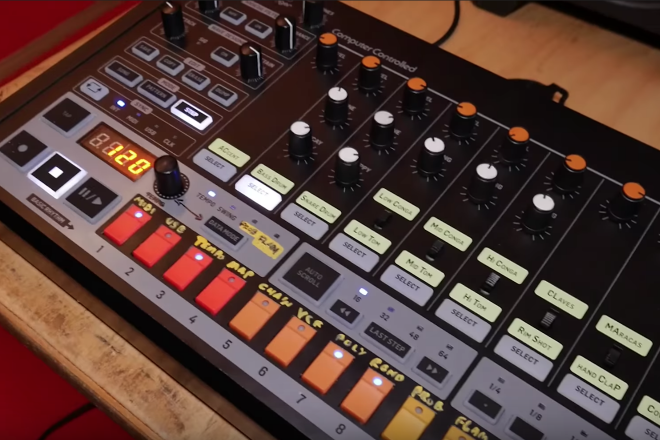 German music hardware manufacturer Behringer has shared a new video revealing it's clone of the Roland TR-808 in action, offering the first look at its reimagining of the iconic gear.

Aptly dubbed the RD-808, the new drum machine is nearly identical to the TR-808, the drum machine released by Roland in 1980 that would help shape the future of electronic music production. Now Behringer will look to capture some of that magic with its own version, that comes complete with a few new updated features.

According to RA, the RD-808 has 11 independent analog outputs for recording drum patterns on multi-track audio. There's also an option to use the USB port to sync MIDI data.

The new video via Sonic State offers the first look at the RD-808 being used, with Behringer stating that the company is likely just a couple months away from mass producing the hardware.

Along with the clone of the TR-808, Behringer has plans to produce a collection of other clones including a TR-909, Minimoog, ARP 2600, Oberheimer OB-Xa and Roland’s VP-330 Vocoder Plus.


Watch the video below to see the unveiling of the RD-808.