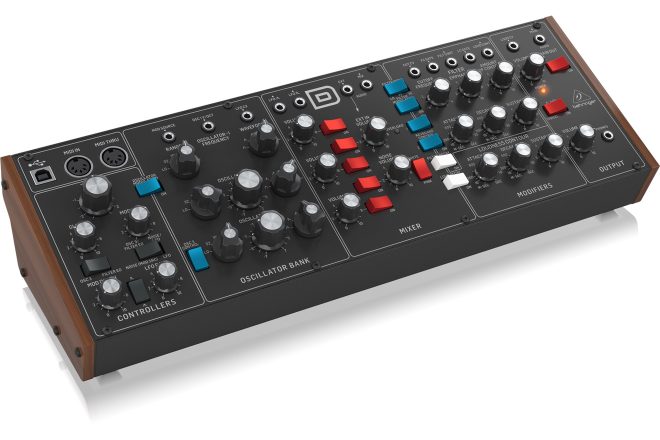 Flattery or imitaiton?Democratising technology or ripping off classics?

Behringer began shipping its headline-making Model D in January, a Eurorack homage of the classic Minimoog Model D. While a new Model D by Moog might set you back just over three grand, Behringer’s Model D clocks in at £300.

The company’s been sued in the past for copying designs but argues that the Model D’s technology is in the public domain now Moog’s patents have expired. And it’s not a straight copy: while the circuitry is cloned from Moog’s original and the flow of knobs and switches is similar, Behringer’s Model D is a rack device, so doesn’t have a keyboard.

The Behringer UB-Xa is a remake of the legendary Oberheim OB-Xa synthesizer, while pictures posted by the company on tech site Gearslutz suggest it is also working on clones of the Arp 2600 and the Roland VP 330 vocoder.