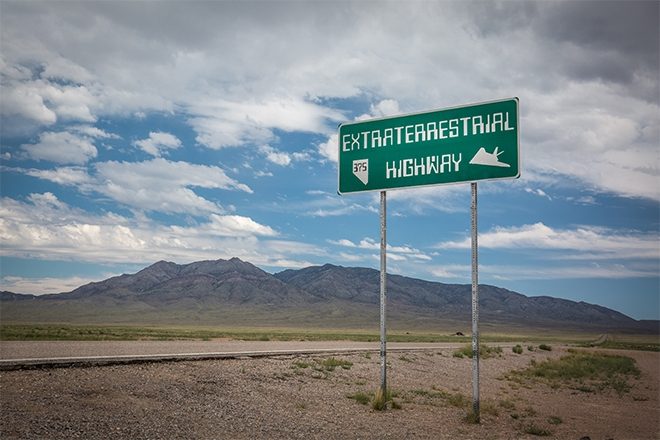 Back in July, California college student Matty Roberts' viral Facebook event 'Storm Area 51, They Can't Stop All of Us' - which proposed a joke "raid" of the secret government airbase on September 20 - floated the idea of turning the "raid" into a music festival.

That idea caught steam with the masses, and before long, the concept of Alienstock was born. An event created in celebration of "aliens and the unknown" in Rachel, Nevada - the closest town to Area 51.

With the event fast approaching and realizing they were ill-prepared to host an event which was expected to see over 10,000 people in attendance, Alienstock's organizers have decided to pull the plug.

The organizers claim that "lack of infrastructure, poor planning, risk management and blatant disregard for the safety of the expected" were the reason behind the cancelation. "We are not interested in, nor will we tolerate any involvement in a FYREFEST 2.0," reads a statement on the festival's website. "We foresee a possible humanitarian disaster in the works, and we can't participate in any capacity at this point."

Eager not to let down the thousands who were looking forward to this otherworldy celebration, Roberts has renamed the event Area 51 Celebration and relocated to Las Vegas. The free, one-day festival will take place at the Downtown Las Vegas Events Center on September 19 and will feature a "classified line-up" of artists. Learn more about the event here.

Read the full statement from Alienstock's organizers below. 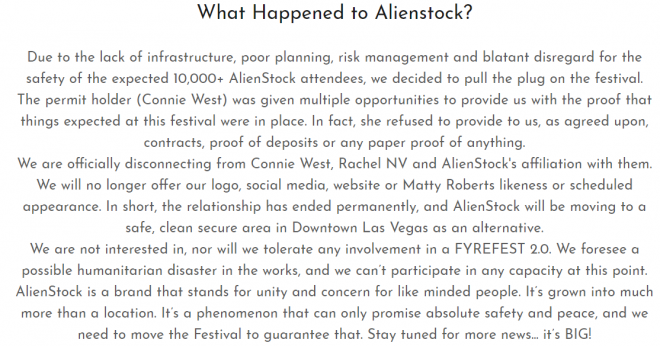