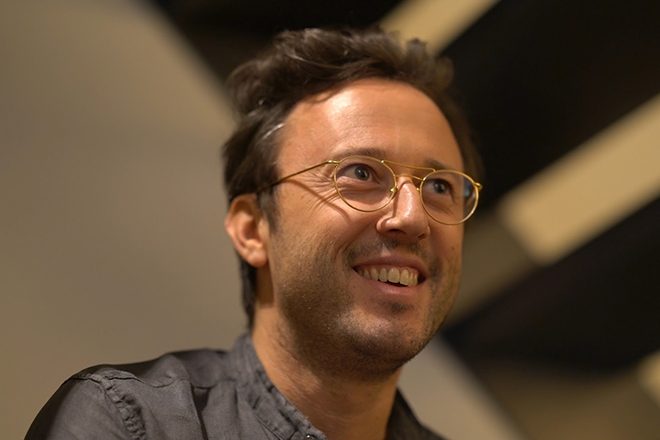 Following the release of his inventive new single 'Embrace' back in October, Mixmag and WAV linked up with French electronic artist Agoria during Amsterdam Dance Event (ADE) to discuss the significance of the music conference and the effect that it has had on the broader dance music community.

"The environment has changed so much in the past 10, 15 years," Agoria explains. "When we started it was very difficult to organize things and it was a good moment to meet everyone and share ideas on what we can do to help this scene change. Today, people are coming from Brazil, Australia, Japan and elsewhere. We are meeting new friends but on the other side, it's really lots of business... meetings every 15 minutes. It's like a speed dating business and everything keeps moving forward faster and faster."

Enlisted to take part in Sonar x NASA’s campaign to transmit music into space earlier this year, Agoria goes on to lay out the complexity of the project and discuss what he hopes it will achieve.

Today, Agoria and Lebanese filmmaker Jessy Moussallem unveiled a powerful short film titled 'Embrace The World'. Using the French electronic artist's latest single 'Embrace', Moussallem creates a narrative that deals with the militarization of the human mind while soldiers spend their days in isolation. Watch the short film below.