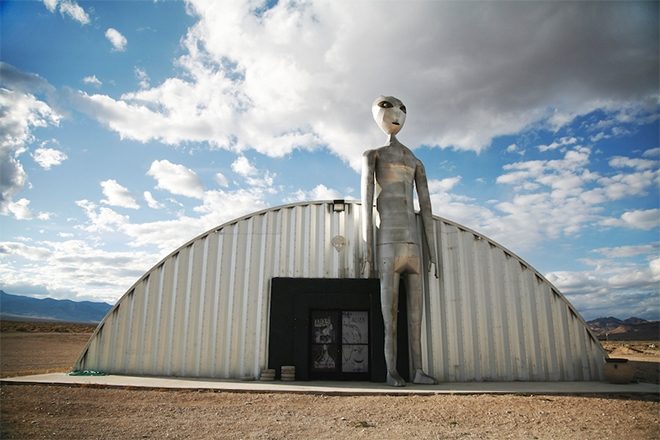 California college student Matty Roberts, the creator of the Facebook event 'Storm Area 51, They Can't Stop All of Us' - a viral sensation that has around two million people RSVP'd for a proposed "raid" of the secret government airbase on September 20 - has floated the idea of turning the "raid" into a full-fledged music festival.


Roberts has made it clear that storming the airbase in the Nevada desert, which is supposedly housing aliens that the US government is hiding from the rest of the world, is not his intention.

"I figured the FBI would have shown up by now," Roberts told ABC News. "I don't want anyone to get hurt. This came up as a pure struck of imagination, it was meant to be funny."

Despite the fact that no one will be storming any secret government bunkers, all the inns and hotels the site have been booked up and thousands are still planning on heading to the event's meeting spot at the Area 51 Alien Center tourist attraction.

"I want to make it like a festival of sorts," Roberts told KERO-TV. "I want to have a bunch of different musical artists, everybody from the EDM world and then maybe some indie rock, maybe some smaller guys that are up and coming."

If Storm Area 51 does succeed as a festival, I'm sure those in attendance can expect a gathering that is bound to be "out of this world."