Crowd pleaser: Volvox's relationship with ravers is at the core of everything she does - Features - Mixmag
Home Latest News Menu

It’s Mother’s Day, and São Paulo-born, Buffalo-raised DJ Volvox, aka Ariana Paoletti, is treating the headsy listeners of NTS Radio, and regulars at their Gillet Square HQ, to an early-bird cocktail of house and techno. It’s just a few hours since she was rocking London’s cavernous E1 to its core, but her platinum ponytail and silver jewellery swing around the studio as she moves with the energy of someone much more well-rested. “Last night I was playing banging techno, this morning I played lo-fi house,” she tells Mixmag after her show. “People have moods!”

That empathic, chameleon-like approach informs a lot of what Ariana does. It’s been that way ever since her formative years spent discovering goth culture, right through to her work as part of female-identifying collective Discwoman, to her raucous parties in Boston and New York. “What we do [as DJs] is act as an antidote to people’s daily lives, and as life gets harder people need stronger music because they’ve got so much frustration to vent right now,” she says. “The political situation almost everywhere is super fucked-up, so people just have a lot of nervous energy that they need to release, and we’re seeing that reflected in the trends in what’s being played in the club.”

This ethos echoes back to her childhood, a period spent enjoying crossover hits from likes of Moby and The Prodigy, and later, her local hardcore scene. After the collapse of the steel industry in the United States, Buffalo, as Ariana recalls, became “kind of a non-place”. However, much like Detroit – famed for its innovation in the face of economic decline – Buffalo locals were resilient, and kept the creativity flowing. “I wasn’t bored as a teenager. Buffalo had a lot of abandoned real estate, so it was a really fertile place for raves,” she says. “I was going to a lot of raves in Niagara Falls, Southern Ontario, Toronto, Rochester, Buffalo… there was a great goth club in Buffalo as well, called The Continental.” 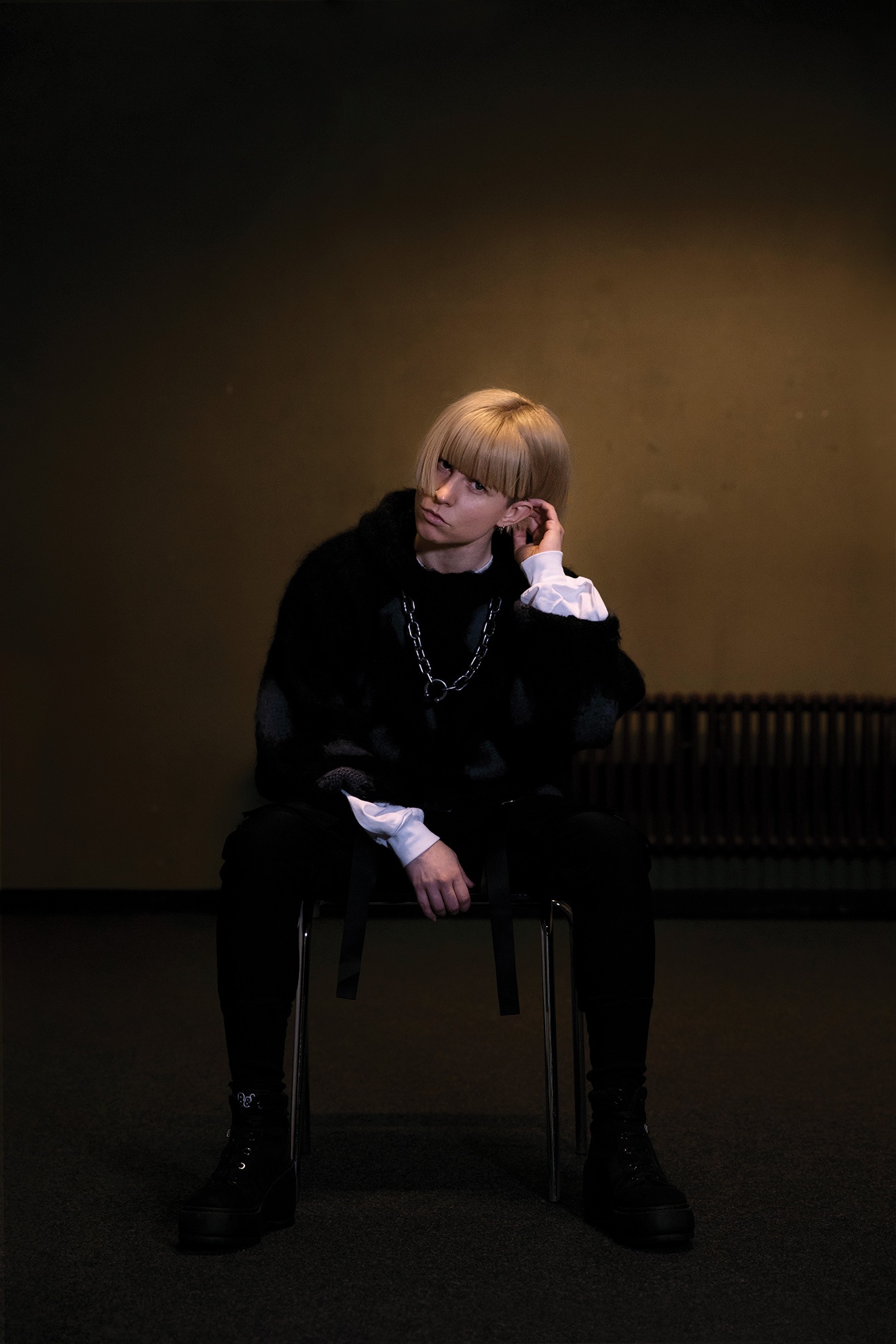 Moving to Boston for college, Ariana found a new stomping ground and goth community at now-defunct venue Manray. “I think goth was a reaction to the society of its time,” she says. “Like punk, it was very visually orientated and revelled in this darker side of things.”

While studying, she turned her interest in visual identity and style into a money-making venture. She would scour thrift shops, picking up and selling clothes via online and real-world markets. “When I moved to New York, it became harder to sell at markets as there was a lot more competition,” she says. “I got a job at a vintage clothing company, and after working there for a couple of years I met a really great fashion stylist named Renee Bejil. I ended up working for him; the universe conspired for me to meet this person, and he completely changed my life. He refined me and my eye and how I saw things, and a lot of that is reflected in how I do my Instagram, how I art direct my photoshoots, the stylists or designers I choose to work with. All that knowledge and experience one hundred per cent plays into how I create ‘Volvox’ as a persona.”

As we walk up Kingsland High Street she gives us an example, pulling out her phone to show us pictures from a recent photoshoot she styled and art directed herself. After pausing briefly so we can admire a particularly tough-looking knit in one of the images, we make our way into eccentric club, bar and by day, café, Dalston Superstore. “I actually played my first gig in London here,” she says as we take a seat, our chat soundtracked by a loud, poppish playlist of appropriately mum-themed tracks. The size of venue she has played in London is a testament to her rise in profile. “In three years I went from Dalston Superstore, to Corsica Studios, to E1.” 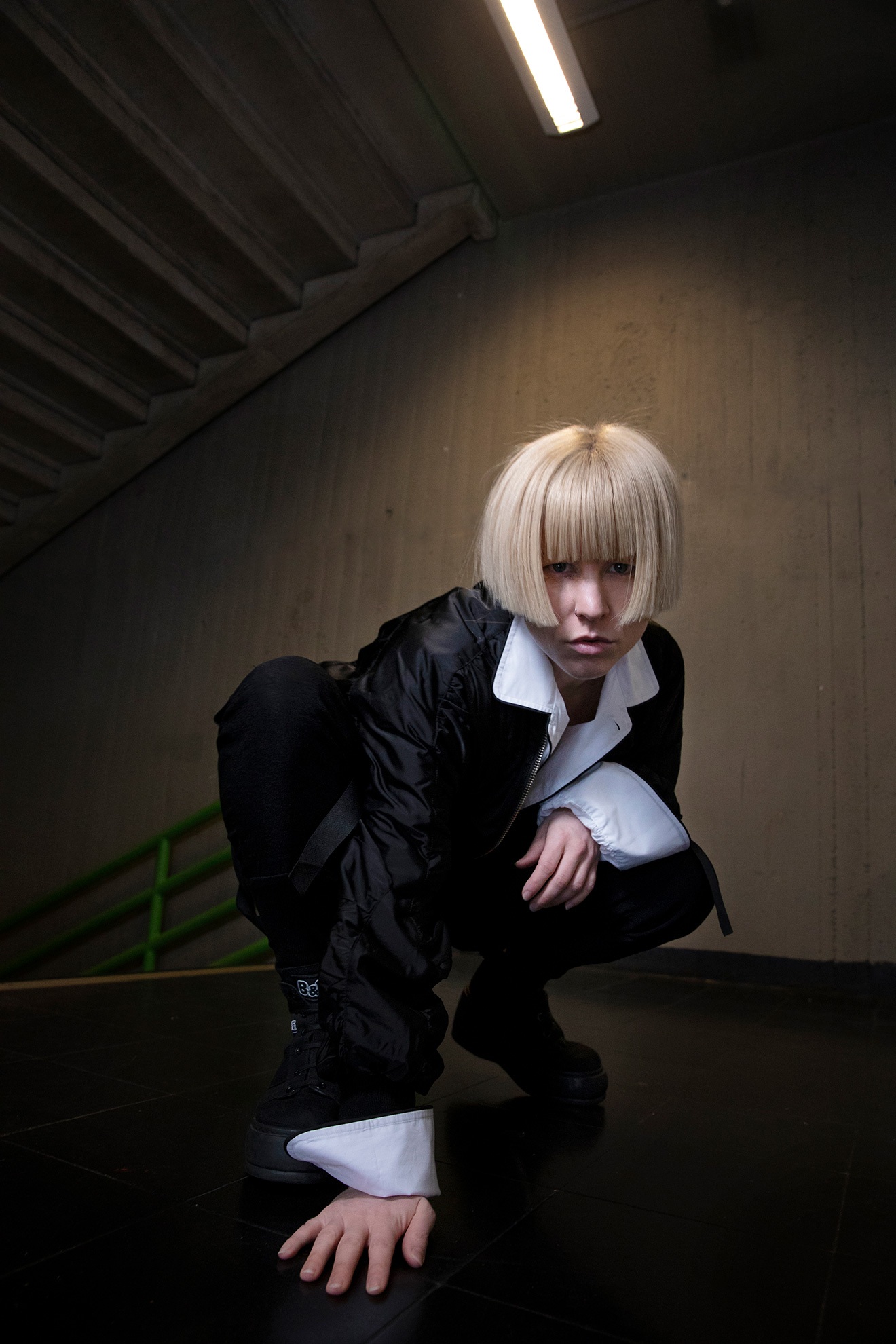 Mixmag was at E1 the previous night to see her play as part of Krankbrother’s new festival venture Re-Textured. Filling the venue’s vast main room with a soundtrack of chugging, pummelling techno, she deliberately lulled the crowd into a meditative state, her cool, calm demeanour behind the decks as much a part of that process as the music. “I always try to seem really focused, and if the music is kind of heavy, or slow, [I try to also] project that physically,” she says. “I think that can help hypnotise the crowd into falling into the same frequency, the same vibe.” What we see on stage, she says, is a different side of her. “Volvox is a very strong character, very tough,” she explains. “Sometimes I’m that person, but not always. Sometimes I break character while I’m stressed out or tired. Those first few gigs at Berghain were a lot of pressure. You want to be tough and in control and cool.”

But her on-stage alter ego doesn’t seem that far removed from Ariana’s day-to-day personality. She’s alert and focused, and in her own words, a “yes or no person”, with precision-cut attention to detail. That extends to watching video footage of herself behind the decks to decide what works visually. “I wear tank tops because I know it looks good when my arms are exposed,” she says, gesturing, matter-of-factly, to her body. “It projects a certain energy that I’ve responded to from seeing what my performance looks like. In the same way, a dancer or a singer might watch their own shows and think, ‘I can improve on that’”.

Even as a baby, Ariana was an avid dancer. “My mom has this video where she’s got the Madonna album ‘True Blue’ on and I’m just going nuts,” she laughs, as we break for a moment to admire a glamorous Union Jack dress-wearing drag queen passing our table. “Dancing has also been a great passion of mine,” she adds (in fact, she spent some time dancing clad head-to-toe in latex as part of a club performance crew in Boston), “and dance music, obviously, hooked me as early as it could. Almost my whole life I’ve been drawn to that whole vibe, and it’s just been years and years and years of making my way through styles as trends emerge and dissipate.”

That shifting of styles, tastes and trends is key to Volvox. As someone who’s absorbed various subcultures and sub-genres throughout their lifetime, her resilience has guided her full circle while keeping her head firmly above water. ‘I actually started out DJing as a goth industrial DJ, and then when that scene kind of died I moved over into nu wave and electro-house, and then tech-house and then more like minimal techno sounds,” she says, taking a sip of mint tea. “Then when the whole dark EBM techno thing came back, I was like, ‘Great, I was already all about that’.” 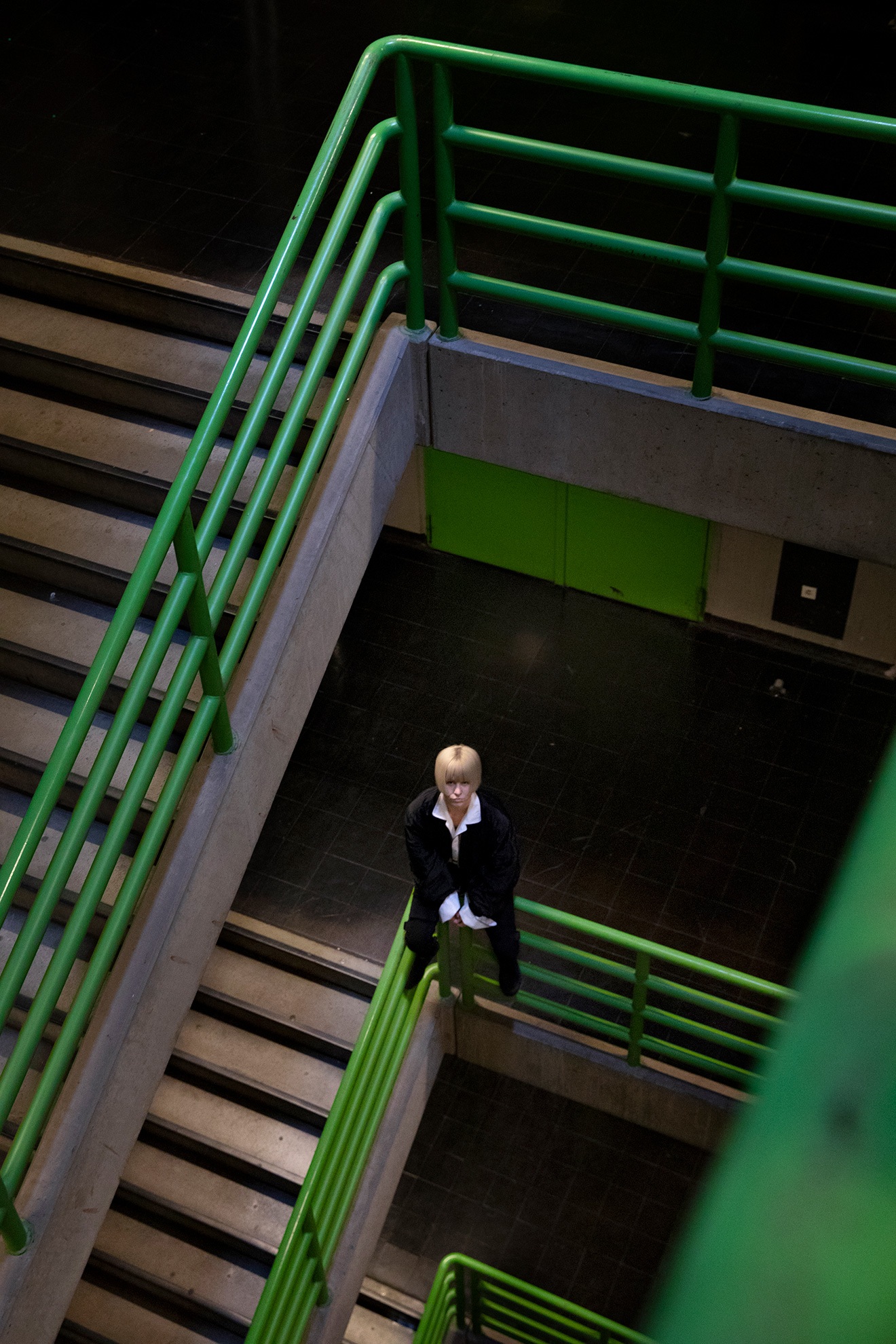 “The first time we talked really closely was at Jack Dept.,” Eris tells us. “I liked her from our first moments together. I wanted to get to know Ari, so we talked about everything at dinner, and I mean everything. At that time, Jack Dept. was the sweaty little party I had been dying to play in New York. I remember Bryan Kasenic from Bunker dancing like mad next to me in total abandon to the beat. Everyone there came to dance hard.”

John Barera, meanwhile, describes Ariana as a “one of a kind”. “Ari and I first met at Mass Art [Massachusetts College of Art and Design] when we were students there,” he says. “We were both starting out as DJs; I would go to see her play and I looked up to her as an artist. We decided to do our first party together around that time and it was fun, and so we realised we could work well together.”

As a pub quiz kicks off around us, (“How old is Victoria Beckham’s daughter?” yells Superstore’s very own Geri Halliwell across the room, “or how old was she when I made this quiz!”), Ariana tells us about her summer plans. “I’m playing lots of festivals, and another b2b with Umfang which people have been asking for like crazy for two years already,” she laughs. Elsewhere, with a recent feature on Vatican Shadow’s ‘Berghain 09’ mix (and a spot on the party line-up), music production is on her hit-list. “Production is really new to me, so to see that people like that are watching what I’m doing gives me a lot of motivation.”

Just don’t expect her to be wedded to any particular style. As a DJ, she consistently strikes a balance between flourishing trends and her distinctive signature sound. “Most DJs who have been in the scene for a long time have changed their sound many times over,” she says. “I think that if you really love electronic music and are there for that as styles adapt and change, you adapt and change.” Whether as a DJ or a producer, Volvox will continue to put her audience first, always.

Get to know Volvox, the Brooklyn-based artist with a cyber-futuristic vision
Discwoman Lab NYC takeover
20 of the best techno tracks released this decade