It’s pitch-black at 4am, and Nina Kraviz is about to play in the sunrise. Not unheard-of for festival season 2018. But as dawn slowly steals through the mists that cling to the rolling, tightly wooded hills above the Mutian Valley, the reality of the location kicks in for the tiny crowd gathered to hear Mixmag’s reigning DJ Of The Year. We’re standing on an ancient grey stone tower, built over five centuries ago by the Ming Dynasty to protect against invasion by nomadic tribes; it’s part of a 5,500 mile-long fortification known as the Great Wall Of China. We’re raving on one of the seven wonders of the world.

The lucky ticket-holders who’ve journeyed up here before breakfast can sense that this is one of those pinch-yourself moments – but it also feels like anything could happen. There are cracks in the floor; filming equipment wobbles precariously on the stone barricades. Earlier in the evening, Kraviz’s headline show at the Great Wall of China Festival (at the base of the structure) was shut down early by the local police who’d heard (mistaken) complaints about the main stage overrunning its allocated time. And yet this clandestine carry-on, out in the middle of nowhere on an ancient stone tower, seems magical – not least because Nina sounds like she is channelling bygone dynasties with her selections. 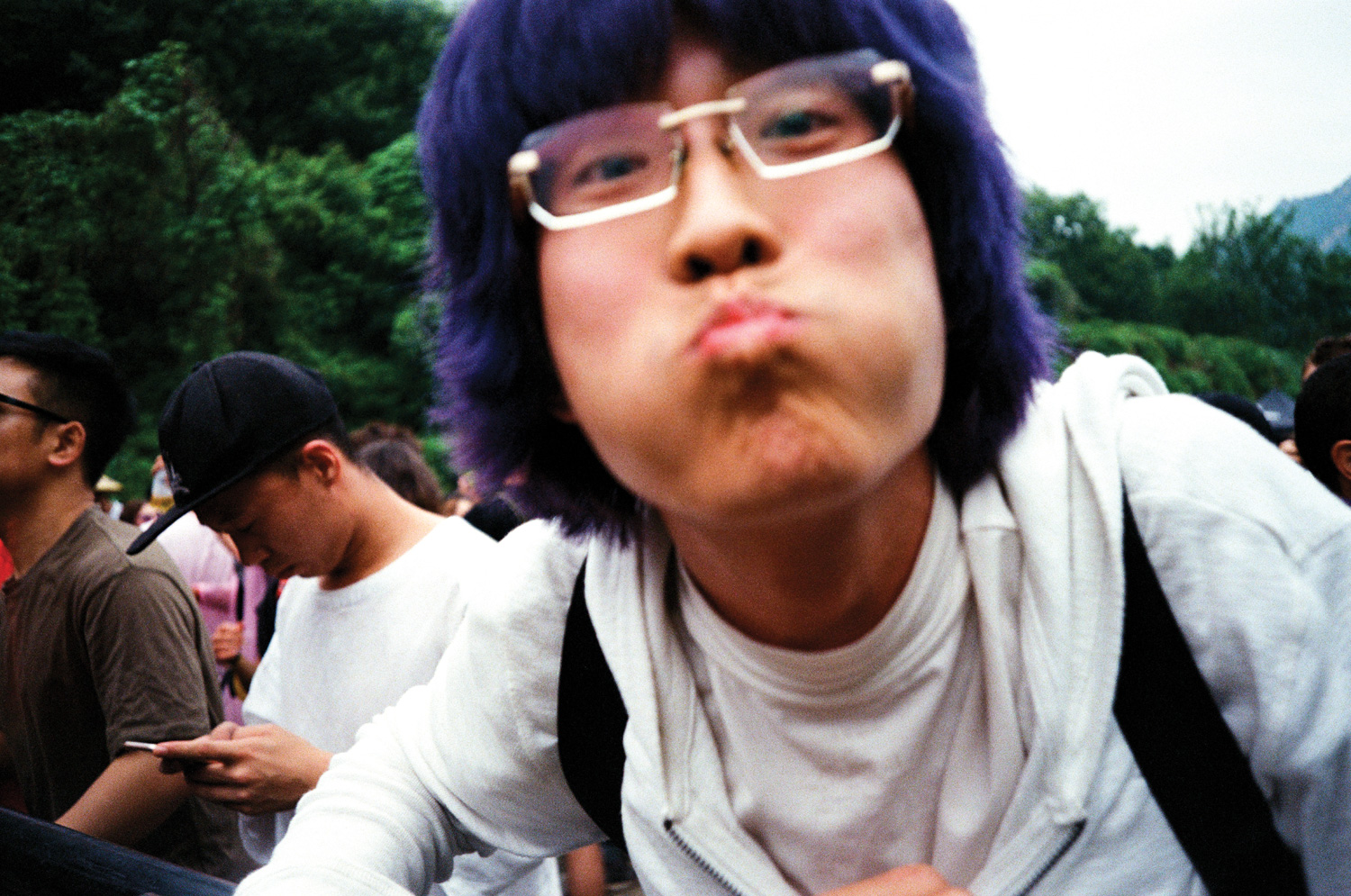 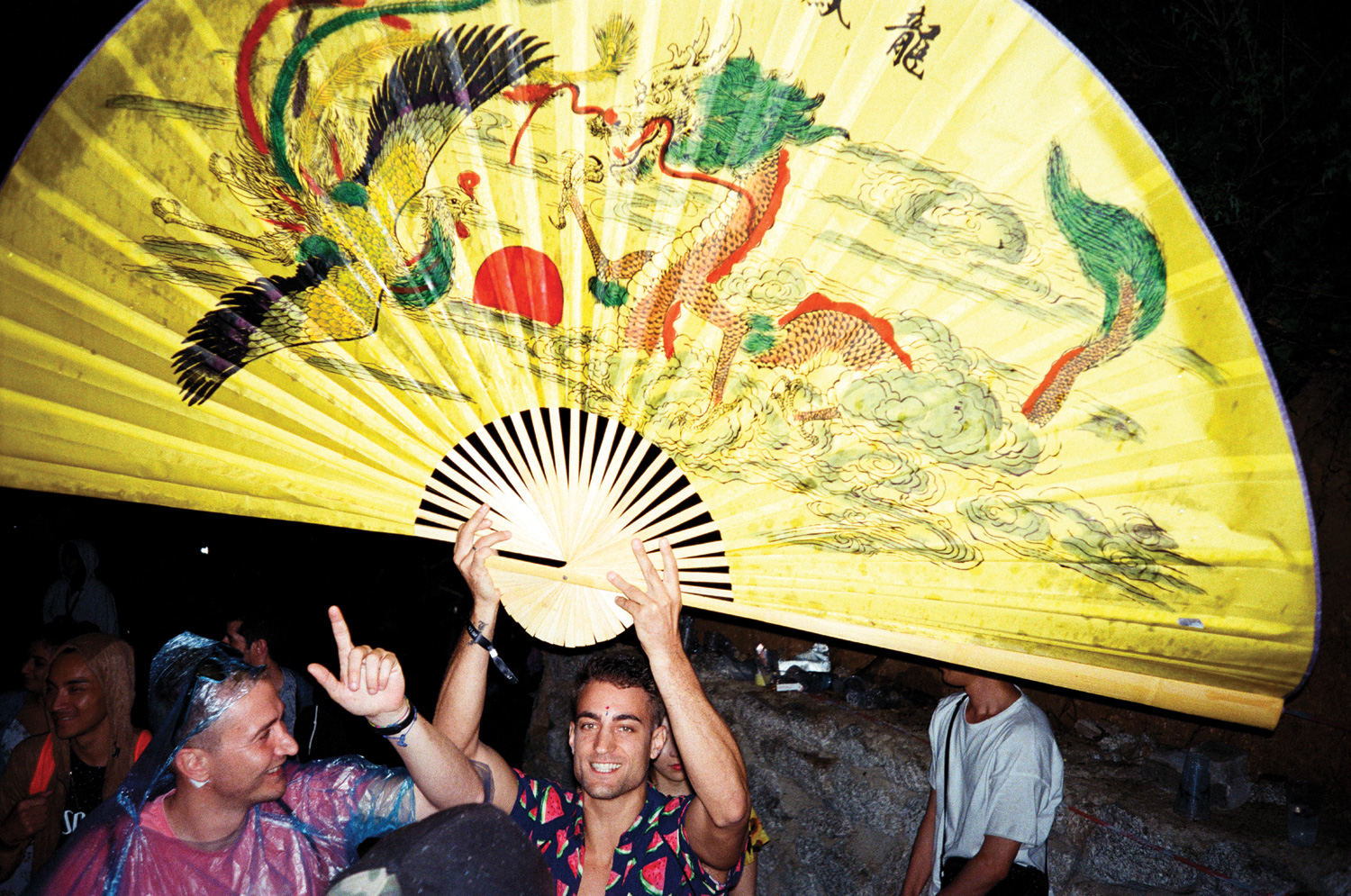 Siberian techno avant-gardist Kraviz is known for creating metallic hypnotica, but for the next two hours, it’s as if she’s trying to commune with primeval spirits (“I envisioned that it would be something very trippy, very magical,” she tells us afterwards). Unpolished drums signal the start and dovetail with wavey synths, ambient atmosphere and frenetic clicks, before she ratchets it up with mutant footwork in the shape of Addison Groove’s ‘Dumbshit’. Shackleton also provides inspiration for her set, his tracks ‘Powerplant’ and ‘Touched’ forming her soundscape’s centrepiece. You can hear why: with their cavernous bass, sculptural sense of space and minimal, almost tribal percussion, they were built for bringing together worlds old and new.

The backdrop starts to lighten, the line of the wall appearing in the distance. Kraviz cuts through the mist with her fast and loose acid selection, samples, gloops and bloops cart-wheeling on top of that familiar 808 squelch. Most of her set is comprised of unreleased material from her Trip label, including a brilliant track that builds with swirling, cartoonish samples of someone singing “Wah-ahh” and “Oh-oh” – think a techno Gio Compario – atop an unrelenting bassline. It’s typical of Kraviz’s playfulness as a DJ: she dances and mimes along to its vocal, relishing its wonkiness. Eventually the generator runs out of gas, her set cut just short of her final track, but it only seems to emphasise the surroundings as the sense of this extraordinary location comes rushing back in. 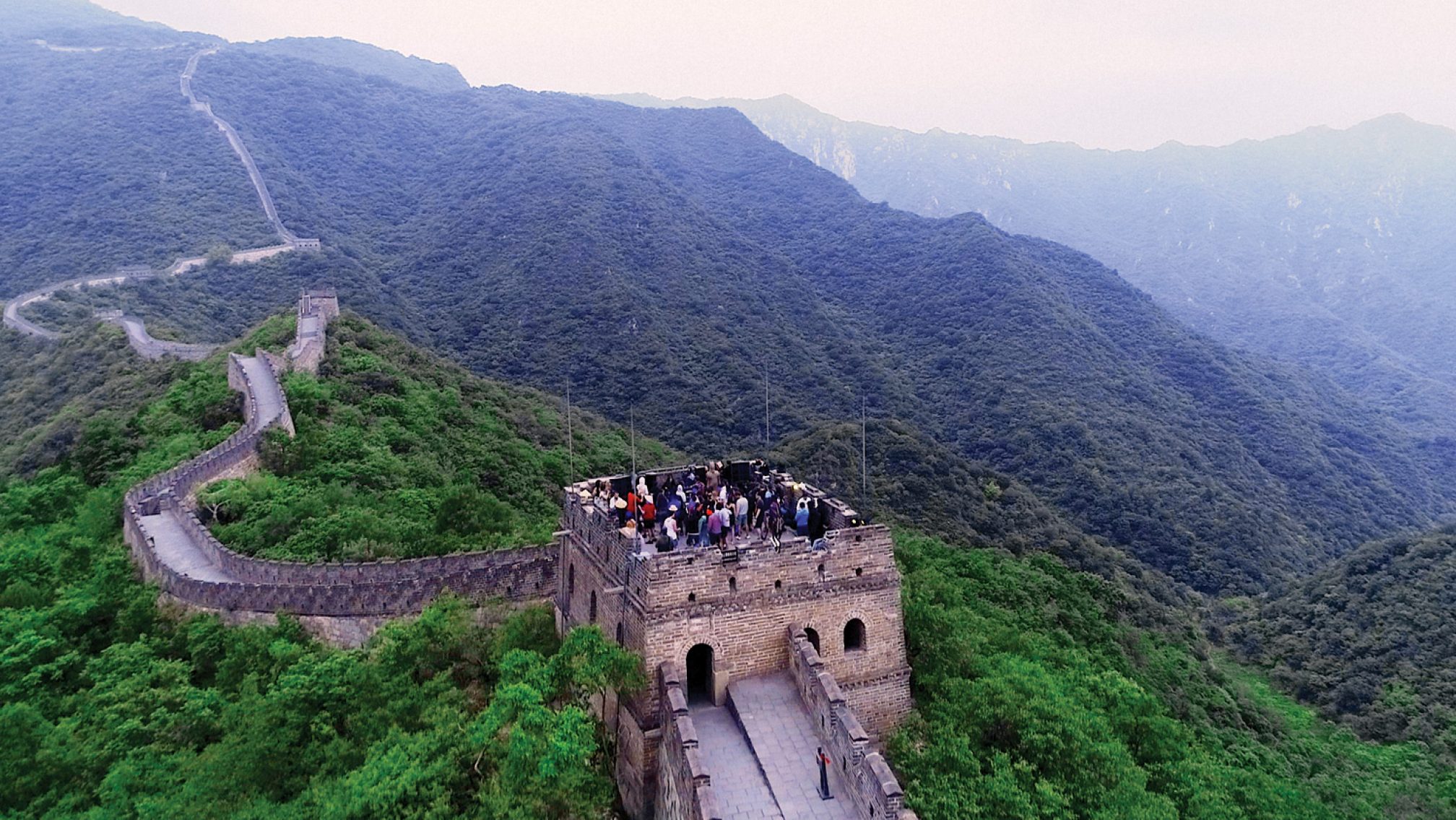 Back at the main festival itself, Dixon and Recondite played on day one, alongside local tech-house heroes Oui Yang and Huang Weiwei; now Carl Craig and Chris Liebing have assembled on the impressive LED stage – featuring a DJ booth in a replica of the terracotta army’s horse-drawn chariot – to command the crowd. It’s a small festival with just the one stage, a scattering of food tents and a somewhat ramshackle air, but it has drawn an enthusiastic mixture of Chinese hipsters, expats and students. Electronic music is slowly taking off in China, and though festivals with cutting-edge line-ups like this are few and far between, they are on the rise. Two students from Surrey, here studying Chinese, have travelled 10 hours on an overnight train to be here, there being so few electronic music events in their university town of Guandou. Also here from Guandou is 24-year-old Zee Zhaung, who says that electronic music here is becoming “a phenomenon”. The Great Wall of China festival itself, she continues, is “a unique event because it’s pure techno”. 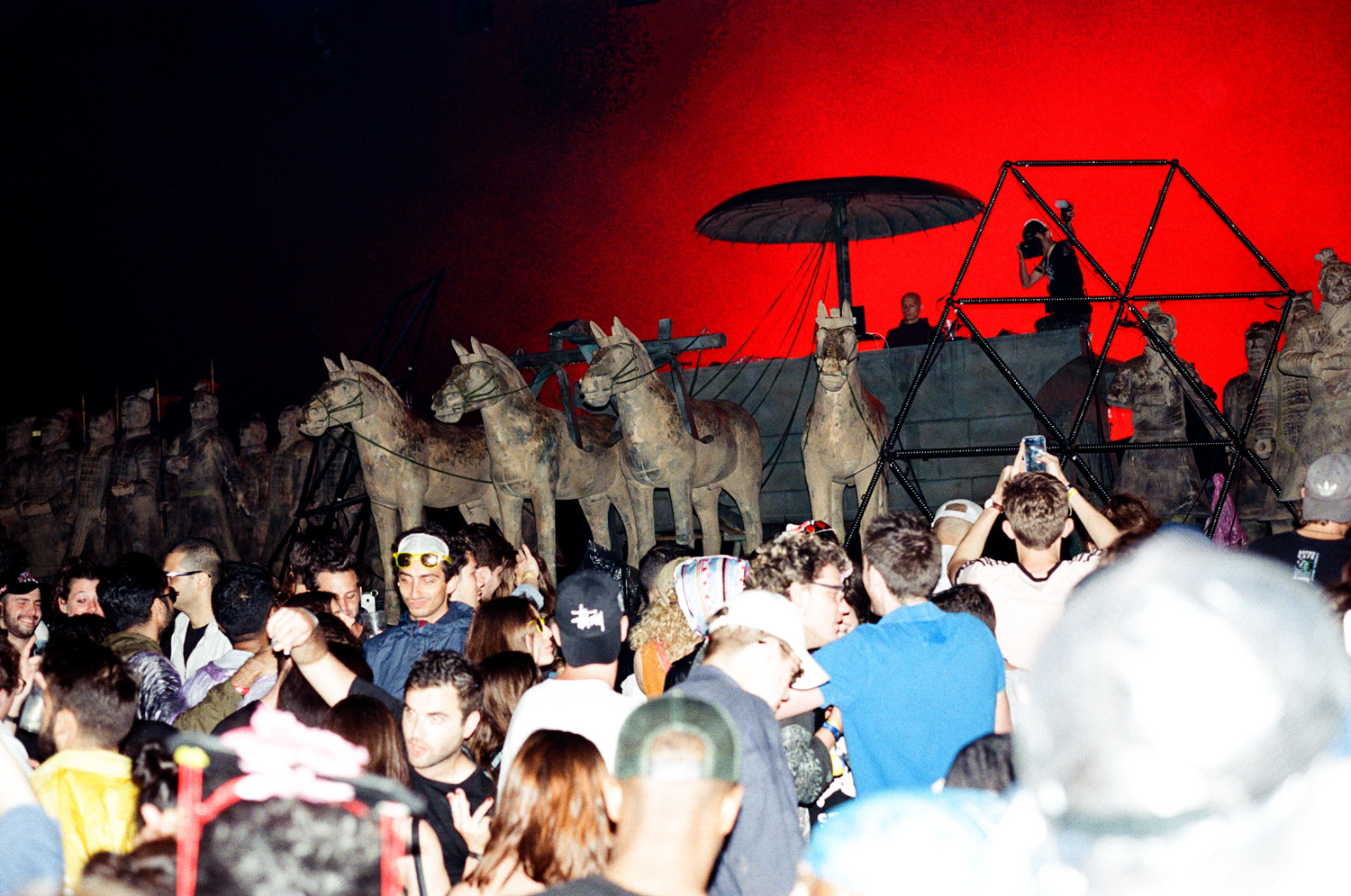 It is not, however, easy to put on a unique event like this. The festival’s COO, Isabella Wang, who has been running the event in its current incarnation since 2016, says that there are mountains of paperwork and complex procedures to get through for the application process alone. It doesn’t help that the authorities still don’t really get what electronic music is about. “They don’t know what techno is,” Wang continues. “And booking DJs can also be a problem because it’s not like in Europe, where it’s very easy to fly from Paris to Berlin. Costs can be high to come for one gig.”

That doesn’t seem to have stopped the techno heavyweights from flocking, though. After Kraviz’s sunrise set, broadcast to an audience of hundreds of thousands via Mixmag they’ll likely be queueing up for their similar Instagram-perfect shot.

But it’s not just the imagery that’s powerful up in these hills, it’s the combination of setting and visceral audio alchemy – music that’s truly mind-expanding. The emperors would have surely approved.