Not everyone is lucky enough to experience the VIP pocket of nightlife. Members Only: The Iconic Membership Cards and Passes of the Acid House and Rave Generations is the latest project from Rob Ford, a 424-page A-Z coffee table book chronicling the inside lives of VIP acid house ravers. Spanning the inaugural days of the genre right through to its historic law-changing events in the early 90s, Members Only takes on a side of the subculture not commonly seen by the average Joe. More than 500 items of memorabilia - mostly made up of VIP membership cards - tell the tale of acid house’s golden era with contributions and anecdotes from the likes of Joe Wieczorek (Labyrinth), Danny Rampling (Shoom), Justin Berkmann (Ministry Of Sound), Sarah HB (Kiss FM), and the man who claims to have invented glow sticks.

Read an excerpt from Members Only: Chapter S below, which recounts Ian St Paul’s memories of opening the iconic London nightclub, Spectrum.

As Future was the first Balearic club, Spectrum was the first acid house club in London. It was a hard slog at first and we did a lot of promotional work, with flyers and giant posters. Gary Haisman (Spectrum's PR) and I sat down with artist Dave Little and gave him the vision/idea for the artwork and then he produced the best flyer that ever came out of that time. 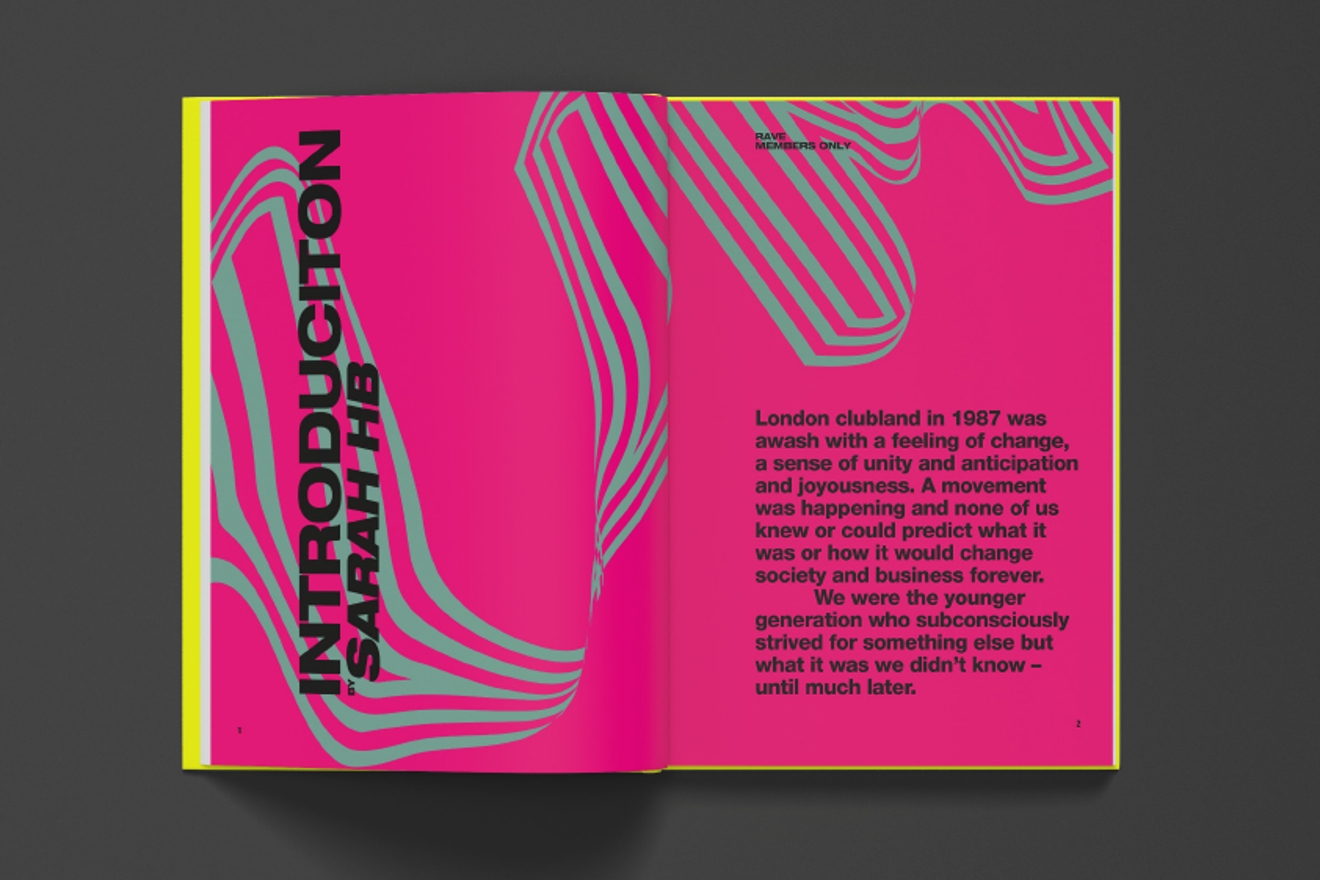 We put them everywhere and even covered "Krazy Kaz’s" car and drove around Camden Town promoting the night. It was a huge amount of fun. It took four weeks to really take off properly.

I was making the same as Paul Oakenfold was on Future — about £700 each a week. But all mine went to Heaven in those first four weeks to sustain the loss of Spectrum. That actually left me broke, so I had to sell more E to pay the bills for the expensive printing and artwork designs. That's probably why I allowed my pills to go to places like Shoom, to make money. Because little clubs like that relied on the pills to work, without them it was just a smoked-out underground sweaty fitness studio with a few flashing lights, but with them, it made the place into a palace. I allowed it and for that, they even opened on a Thursday. Nice, cheers Shoom!

Paul had decided not to join me in the Spectrum venture and be a paid DJ/music coordinator. We had three rooms and needed two or three DJs in each, that was Paul's job too — as well as headlining. The Spectrum logo/artwork is now very well known, it was a huge eye with ‘Theatre of Madness' on one lash and ‘Heaven on Earth' on the other. It was the creation of Dave Little and inspired by Rick Griffin - the Grateful Dead artist. It was a great flyer, nothing came close, and can be found on memorabilia online and in many books. 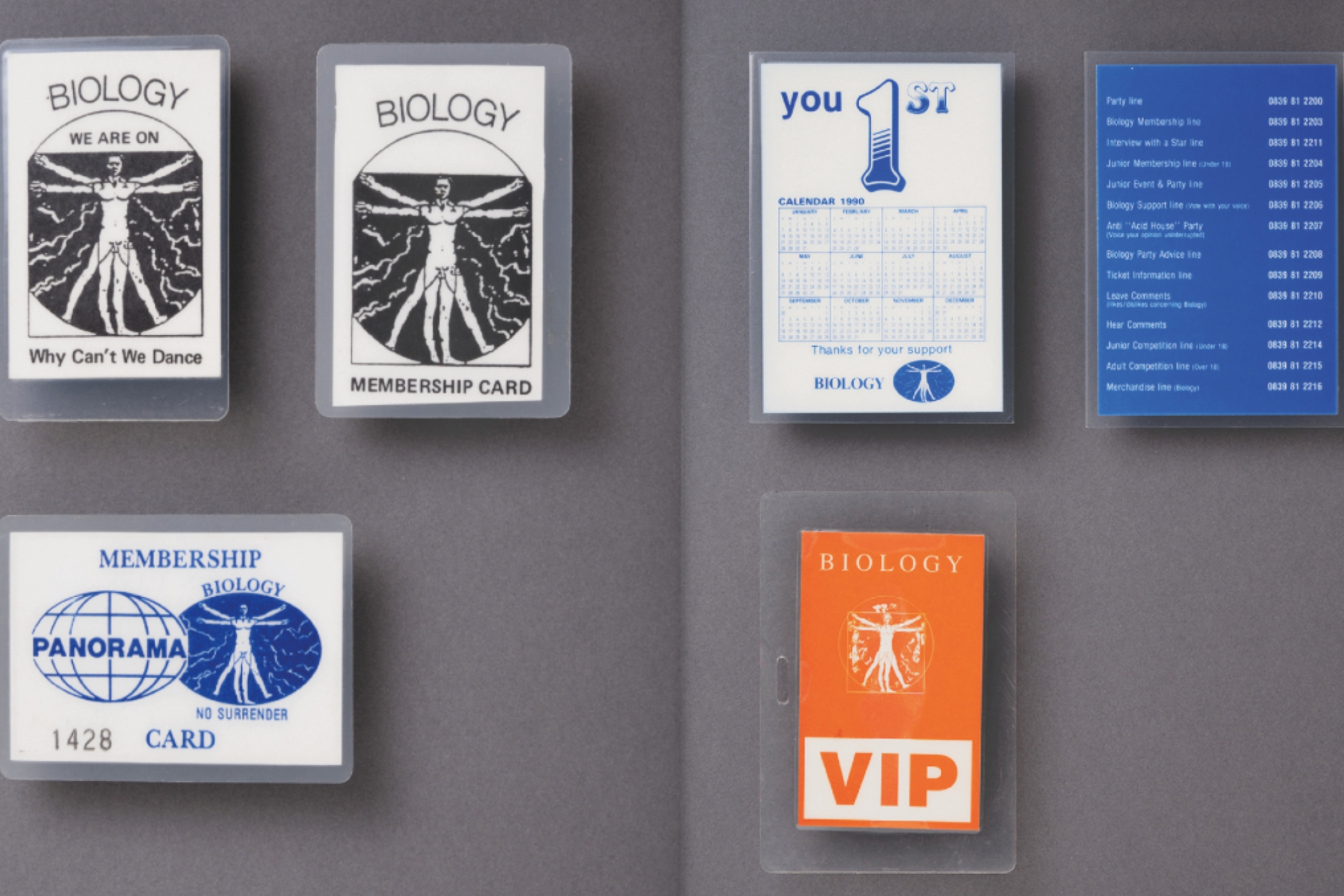 Spectrum as a club was a very different night out, firstly it was on a Monday night (which had never ever been successful). Then it was just fantastic, in the true sense of the word. A nocturnal world where people danced and listened to hypnotic beats with one of the best light shows in town. Spectrum went mad after four weeks. There were queues around the block, all the way to Trafalgar Square almost, it was insane! Everyone wanted a little piece of it and word spread like wildfire. Kids from all over London and the suburbs flocked in for... wait for it(!)... a "Monday night!" Can you imagine what that does to a city when everyone goes out on a Monday and doesn’t want to go home or to work on a Tuesday?

Read this next: We went to an acid house rave in 1989 - through the magic of VR

Ok, it was only 2000 people, but it seemed like more, the queues doubled after only two months. 2000 inside and 2000 outside trying to get in. Monday was now the new Saturday. People left their lives, wives, cats, dogs, got divorced, married, it was Chaos with a capital ‘C’ and a phenomenon in club history. 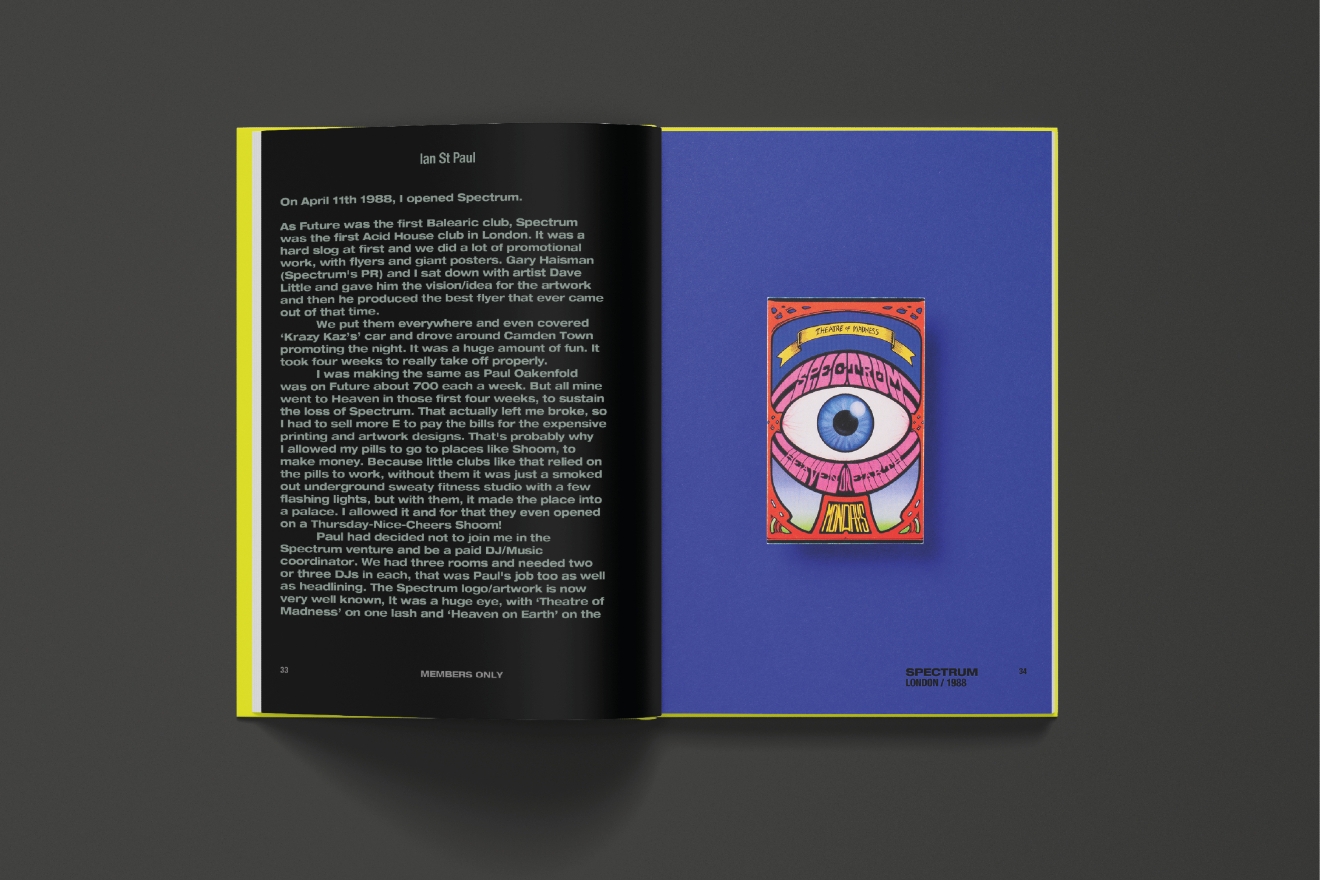 Heaven was massive, a blacked-out interior and underground network of tunnels all linked. The only place in London, in fact, that incorporated all the raw elements I needed to make it happen. The main room had a hydraulic stage, 14 colour Krypton Laser, the latest lighting system and the 40k turbo system, which, for 1988, was huge!

Read this next: The Keyboard Wizards of Acid House

The Star Bar was on the first floor and the dancefloor was the inside of a skull welded by the 'Mutoid Waste Company’. Then there was the VIP (The White Room), where The Orb was founded and played. All of the rooms had their own theme. This idea I picked up from Paradise Garage and all the other ideas from years of clubbing, observing and now putting it into practice. I took the best part of everything I'd ever seen and put it into Spectrum, plus all the staff were gay - nothing touched it!

Members Only: The Iconic Membership Cards and Passes of the Acid House and Rave Generations is out on September 1 via Velocity Press. Buy it here.