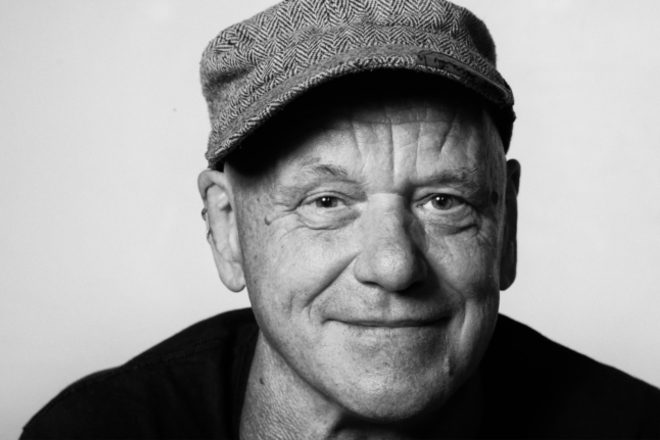 Alex Peterson from The Orb is set to release an industrial techno album, ‘Enter The Kettle’.

The 61-year-old, who is one half of the legendary electronic duo The Orb, will be releasing the album alongside his old friend and collaborator Fil Le Gonidec as duo OSS (On Some Shit).

Read this next: The Orb announce rescheduled 2022 UK tour dates

The pair have previously worked together on multiple projects, playing Glastonbury festival, Fuji Rock, and performed alongside Kraftwerk.

The British duo are set to release ‘Enter The Kettle’ on November 19, as a double LP which features a ‘Northside’ and ‘Southside’ as opposed to a side A and B, and includes two extra bonus tracks.

Paterson has already dropped the opening track of the LP, ‘Whippersnapper’. Moving on from his usual acid house sound, the producer is now getting to grips with much heavier flavours. The industrial techno album will release via The Orb’s new label, Orbscure.

“The name is a play on the Obscure label Eno set up on Editions EG in the 1970s. Orbs Cure. Clever parrot-Orbscure! Orbscure! Orbs Cure for all ills. Orbs Cure made 2 chill,” Alex said on the new label.

The Orb originally formed in the late 80s, coining the genre 'ambient house' and pioneering the sound throughout the 90s. Later, Alex and Fil would join forces on The Orb Soundsystem originally half DJ, half live version of The Orb.

Fil previously featured on The Orb’s records including ‘FFWD’, ‘Orbus Terrarum’, ‘Bicycles & Tricycles’, ‘Orblivion’ and ‘Orbsessions Volume 1’, and has also played at shows and festivals alongside the duo.

Listen to ‘Whippersnapper’ below, and pre-order ‘Enter The Kettle’ here.