I’m running as quick as my feet will take me across a vinyl playing Orbital's 1989 classic ‘Chime’. The needle is getting closer and closer. It's as if I’m dreaming however it’s a reality that isn’t real but once was.

The rave scene in Coventry played a key role in the development of the acid house in the late 80s and early 90s. Suffering from the same fate as many post-industrial cities in the era — Coventry had become a hotbed of violence and social inequality. Unemployment was a catastrophic problem in the Midlands, creating knock-on issues such as worker riots and protests. Social division between class and race became an uncomfortable problem — particularly paired with poverty and unrest. Football hooliganism was causing havoc throughout the city, with its proximity to Birmingham meaning its residents were regularly swept up in deadly rivalries between warring factions. The city's sense of community was taking a beating... all the while young, marginalised people were coming together, providing a glimpse of hope at all-night communal gatherings.

Iconic party promoters Amnesia House, established in 1988, were at the forefront of this movement - providing the original platform for local MCs and acid house pioneers to introduce their sound to the people of Coventry. Later the city became the site of the UK's first legal all-night club, The Eclipse, a place that hosted one of The Prodigy's first-ever shows — paving the way for modern rave culture. Though it was during the scene's illegal heyday that Coventry really earned its place as a hub for acid house — in its fields, warehouses and woodlands. This is what we witness with creator Darren Emerson’s multi-sensory VR experience showcasing the rave paradise within 1989 Coventry.

Read this next: Coventry City of Culture will feature an acid house "VR experience"

Strapped into the VR headset you suddenly riding in an orange Peugeot 205, back to 1989 — getting to know the rave companions of Emerson's youth. The relationships you build with your virtual mates are part of what makes this experience so realistic — much of the experience is about anticipation for the night ahead. You find yourself huddled together with friends in a bedroom listening to music on the stereo, standing motorway side planning the more intricate parts of the party and finally that slow build-up of bass as you approach the warehouse; each stage more exhilarating than the last. In Emerson's words, he wanted to create a feeling of “euphoria and the connection and the excitement of music and community.” 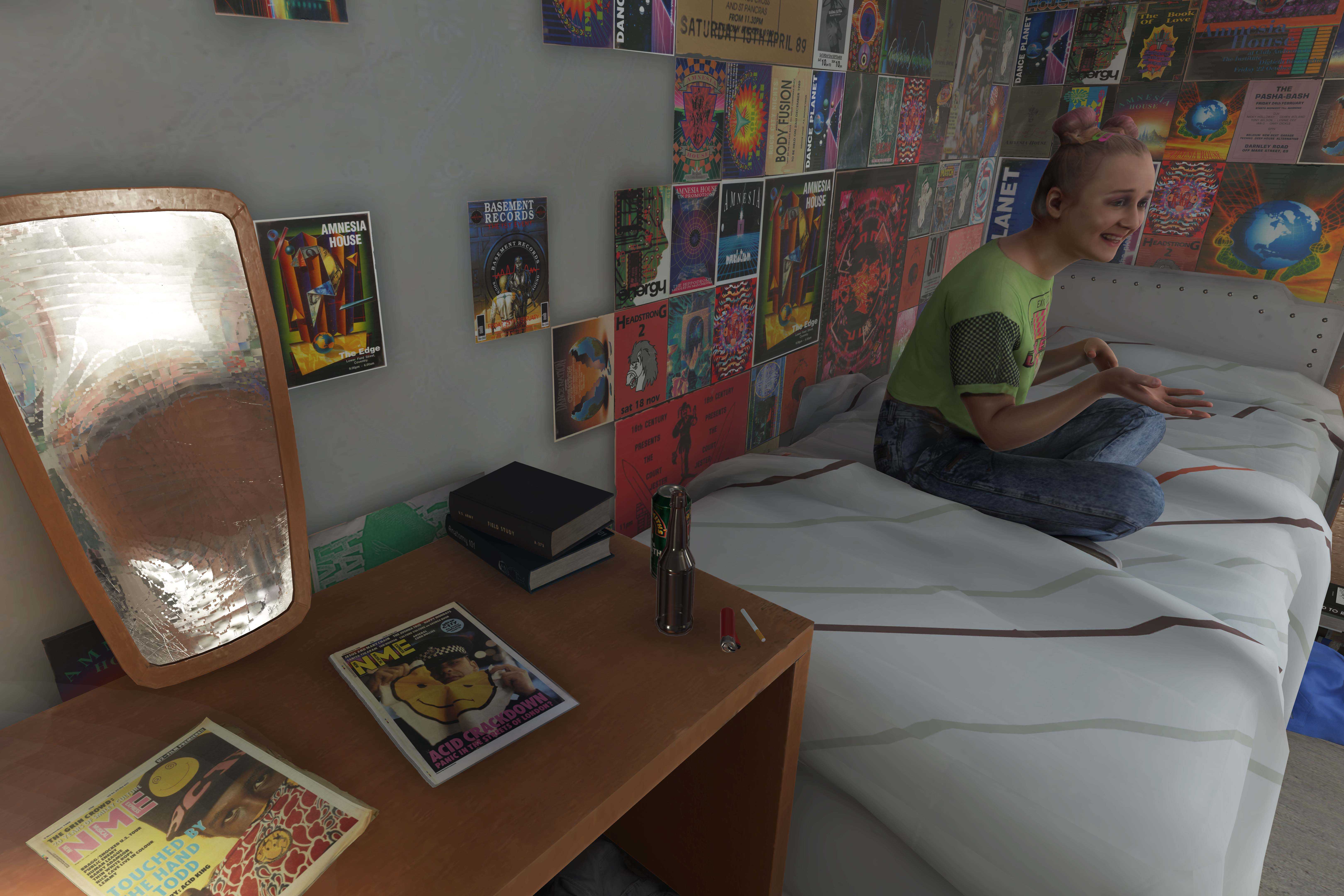 “Everyone I interviewed for this was raving in those early days of '89 and every one of them talked about the adventure. Even if they didn’t find the party — it was about getting out there. Driving two or three hours up and down the motorway. Organisers would avoid the police by having meeting points so you wouldn’t know until the last minute. You could be going up the M1 to find out you’d need to go back to London as the party was there.”

From transcribing pirate radio broadcasts Emerson also spent time gathering people’s experiences through interviews. Speaking to Birmingham’s Network Records, promoters Amnesia House, former employees of The Eclipse and other local legends, Emerson was able to absorb these tales and pour them into In Pursuit of Repetitive Beats. “They didn’t realise the impact of what they were doing would have an impact on generations and how it was a cultural revolution,” he said.

Read this next: A new exhibition is exploring house music in Coventry

With the experience being so crammed with contextual detail, it’s hard to comprehend that you haven’t travelled in time — employing real graphics from original posters of acid raves and even the appropriate police uniforms, it’s pretty spooky. Emerson spent time with his team of developers and 3D artists to present it accurately by researching things down to the finer details, with hours spent just studying what a 1989 service station should look like. 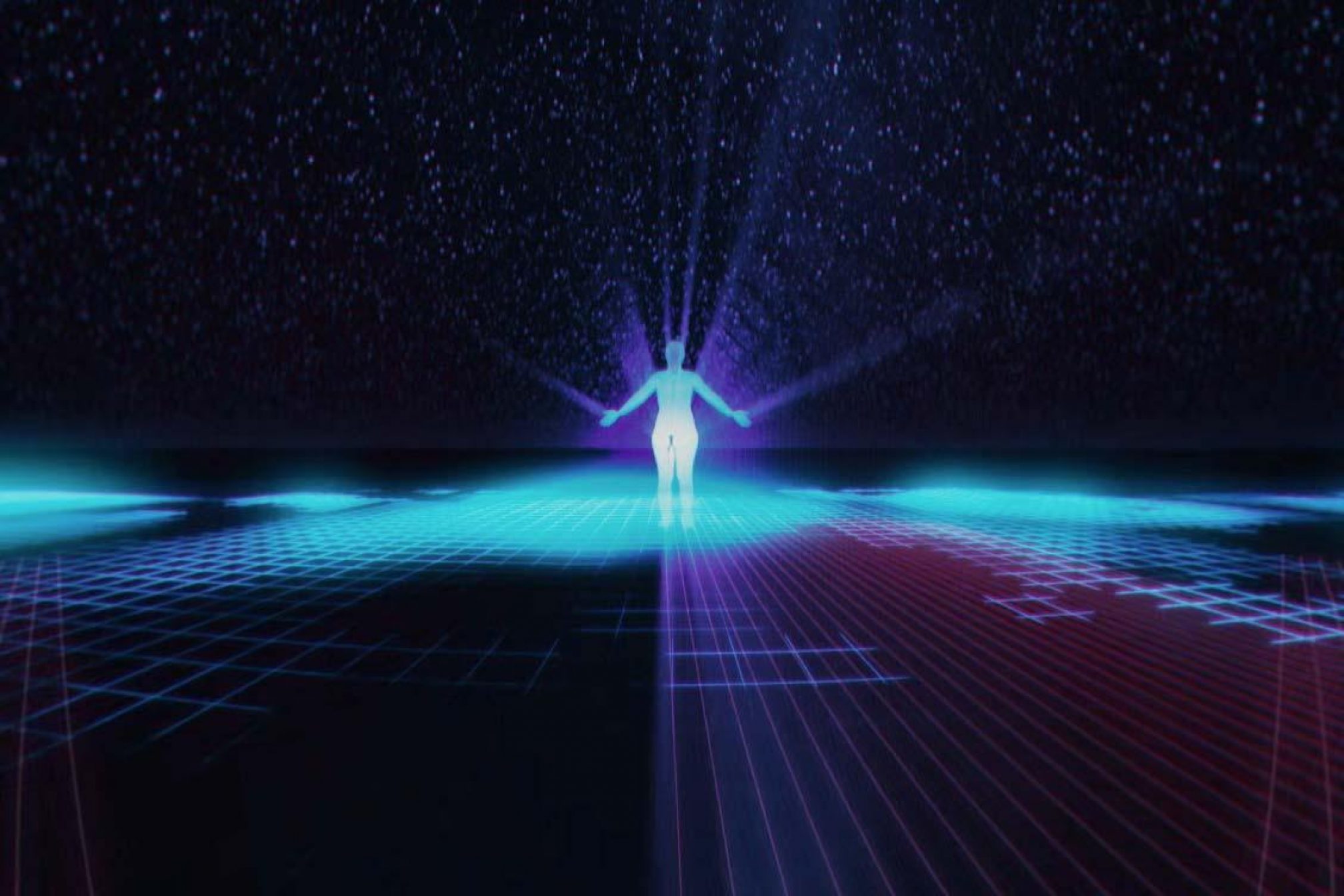 Without giving away too much, some moments feel almost mundane, while others are hyper-surreal. This was also clear to the other people that joined me in the VR that day. Hilary Knight of The Tate Modern also explained, “You feel safe whilst you're doing it, but it's very explorable space, really evocative and it's a really nice marriage of scenes that are sort of real, and then scenes that are really abstract.” She added: “The out of body experiences I really enjoyed because those are the bits evoked a feeling rather than just showing you the history, or showing you the place and the time.”

In a mission to encompass the full experience of going to an acid house rave, Emerson and his team use a range of tech to hypnotise the user into this world. We're wearing Oculus Quest headsets, with controllers in our hands that allow us to pick up objects within the virtual world. Strapped to our chests is a SUBPAC, a haptic vest that responds to low-end frequencies and pushes bass throughout our bodies to mimic the feeling of being in front of a soundsystem. While in the VR, we're placed upon a floor than tracks us within a small space — there are even wind machines used in some scenes to

An amplifier was used to kind of boost the sound. Also [in the VR] you were walking around a special floor that tracks you in space. We have wind machines, in some scenes to create the feeling as if you're travelling down a road or like the breezes.” 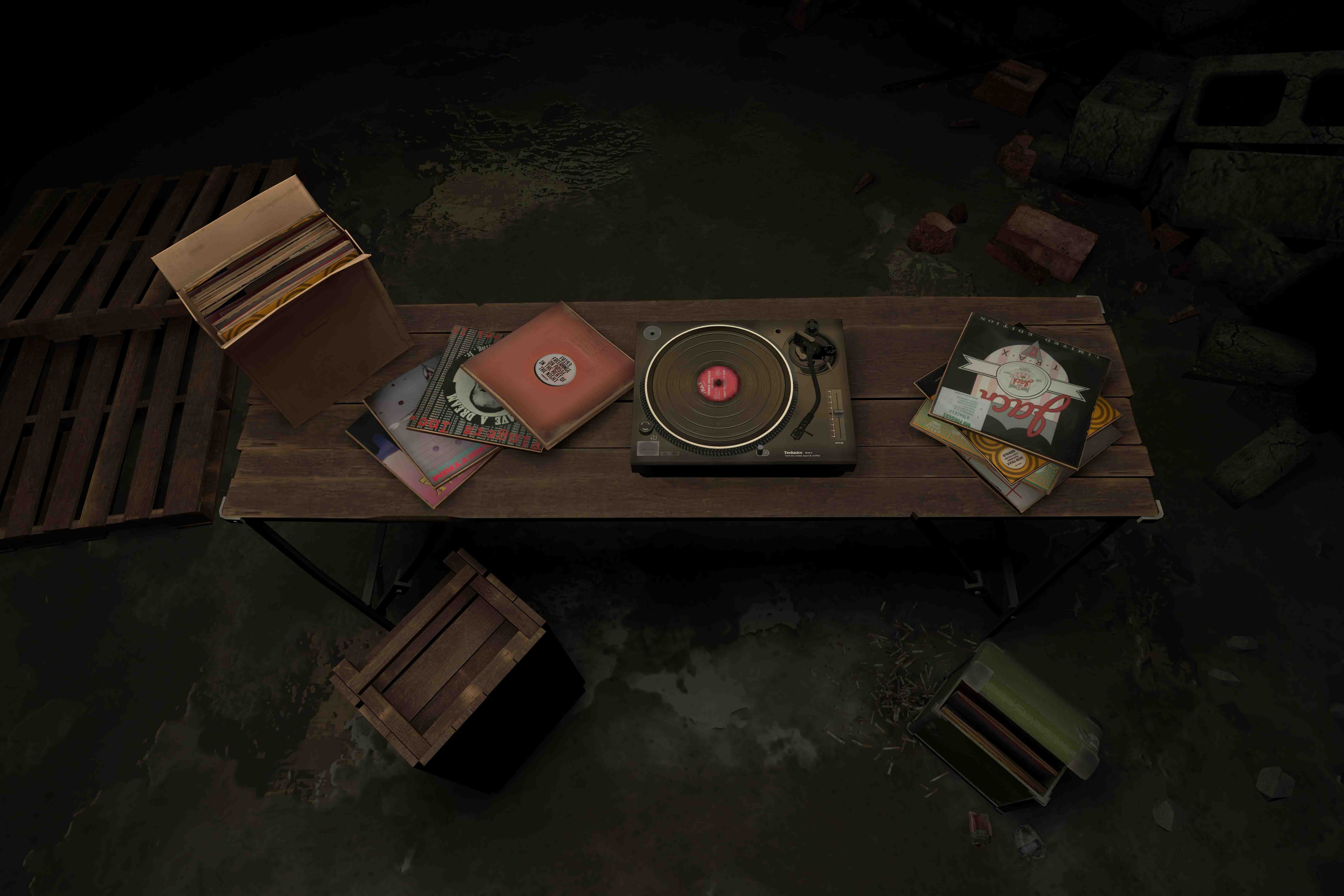 To work on the realism in the finer details of the warehouse rave, the dancing scene includes around 800 model people raving to the acid sounds. The team managed to create this with a female and male dancer trying out 69 different dancing styles that were noticed in archival footage from the original parties. Emerson remembers not having much space to dance but that he felt the “energy and heat of the crowd”.

Once we walk out of the experience you can hear mutters of “I haven’t raved like that before” and “I feel like I should puff on a spliff now.” To gather our thoughts and get to grips with reality, our group is seated in a room that mimicked a hazy sunrise — there's a real sense amongst us that it's the morning after the night before. It takes a few hours to truly wrap our heads around the experience, as someone whose prior VR experience had been through using a £20 headset from Argos the last few hours had been truly mindblowing.

Read this next: 6 of the best documentaries exploring the highs and lows of acid house culture

Tony Guillan of Coventry's City of Culture, who has been involved in the project since the very beginning, told us how the VR experience brought him to tears. "Tears of joy of course," he explains, telling us how pleased he is that the project “weaves together the social history with the universal phenomenon which was in the late 80s. In a sense, it's a wonderful story to tell in the context of city culture as it shows you the power of grassroots culture and of DIY culture, realising that they could come together along those lines and just have a good time.”

Nostalgia is the true aim of In Pursuit of Repetitive Beats Emerson explains: “It teaches you about the time and what was going on with these early pioneers for acid house, especially in the West Midlands but really it's about those kinds of like seminal moments of you, where you kind of break out from school or college, the friends that are going to be like your long-lasting friends and you go on an adventure.” And it's hard to disagree – it feels as if we've lived a complete day as we leave The Box at FarGo Village. Having spent much of the last two years without human contact during the pandemic, there's a satisfaction in undertaking an experience that feels so fundamentally cordial and collective within the VR world. “It’s ironic as we are using a very technical media and you are actually very shut off from the world" comments Emerson, "but the VR reconnects you with a human element of life.”

In Pursuit of Repetitive Beats is open to the public at The Box in Coventry. Click here to book tickets.