Who knows what might be lurking in the deeper reaches of your inbox? “Me and Gerd [Janson] were booked to play the same gig and I was flinging some demos on beforehand,” begins the lightly stubbled Declan Lennon. “Gerd was like, ‘What’s this?’ And I said, ‘This has been in your inbox for a long time, y’wank!” The track in question was last summer’s infectious and irresistible ‘Neutron Dance’, eventually released on Gerd’s Running Back to become one of the tracks of 2018. “Once it got released it was obvious it was going to get played everywhere,” says Dec. “And to be honest, life since then has been fuckin’ fantastic!”

It’s a sunny spring Friday afternoon in Dublin’s Temple Bar area, and bars and restaurants are filling up with a thirsty mix of locals getting out of work and freshly landed stag and hen parties. At the top of a nondescript stairwell in the heart of the city, Lennon sits inside the the horseshoe of keyboards and computer equipment which fills his studio, jet-black hair swept to one side in a rakish Teddy Boy style.

He has the distinctive swagger of a person at the top of their game, tempered by the hard-won sense of perspective of someone who knows how low things can get when nothing’s going right. He lives in New York now, but Dublin is Lennon’s home city and work base, and he’s eager to ‘give something back’. Tonight brings the first night of his four-date Labour Of Love residency, taking place for four consecutive Fridays at the city’s Wigwam venue, with guests including Special Request and Job Jobse. 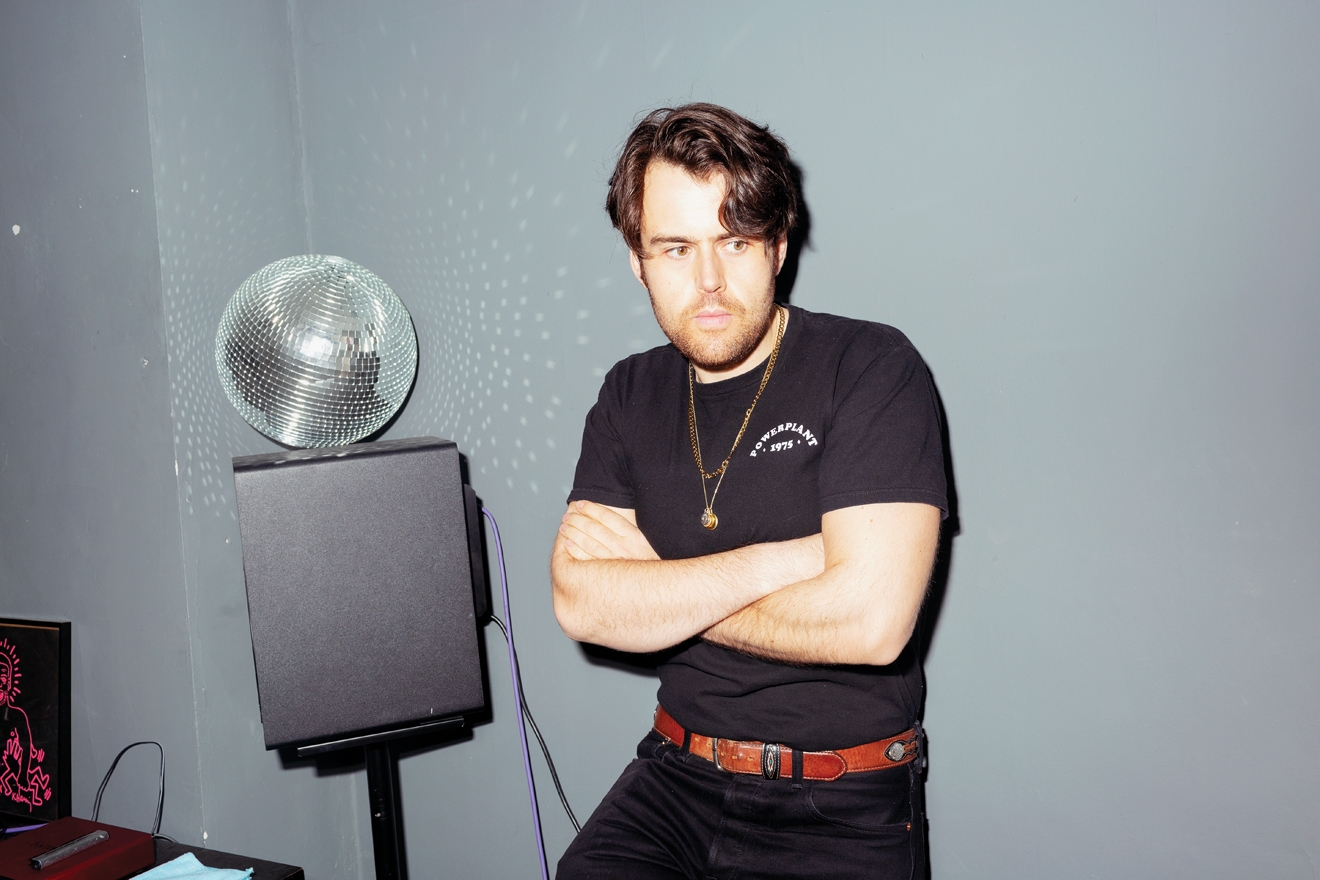 All the best overnight sensations take years to develop. In Lennon’s case, the breakthrough buzz around ‘Tried For Your Love’, his 2010 debut on Dublin record store All City’s label, came eight years before ‘Neutron Dance’ arrived on Gerd Janson’s Running Back, with releases on labels including MadTech, Eglo, Rinse and his own Cold Tonic along the way.

“Everything happens for a reason,” he sighs, rocking gently in his throne-
like office chair. “I know that sounds clichéd as fuck, but I spent years learning hard lessons about the reality of the industry and myself as a human being, and it humbled me. Now the success won’t affect me as it might have, you know? I’m just unbelievably grateful. I’ve formulated a sound for myself, and my music’s being heard in the right way.’

That sound is rich and easily identifiable. There’s a warmth, a soulfulness, an itchy-footed desire to keep people moving in his brisk productions, their simple keyboard motifs offering everything the listener needs to stay hooked. Lennon’s music struts and weaves through disco, electro, New York house and first-generation British rave within the space of a single track.

“Krystal Klear’s tagline is ‘music from 1980 to 1994’, because that’s my favourite period of time,’ says Lennon. ‘Post-disco, electro, Italo, New Wave, then you start looking at proper New York house, garage, techno. Those years just have it all for me. Larry Levan personifies everything I love about dance music: it’s emotionally driven, it can be hard as nails and then a slow jam… That’s the epitome of what I like.”

Lennon was born and raised in suburban Dublin. “I grew up by the sea and spent my days hanging around Temple Bar, which was the area where everyone who hates their parents goes,” he says. “You know when you’re fifteen and you hate everything, and with your friends you hate everything together? Temple Bar was the place for us.” The 31-year-old started out in teen metal bands influenced by Metallica and Slayer, but his family provided his musical education. “In his heyday my dad was a pirate radio DJ with eclectic tastes,” he tells us. “He schooled me in Prefab Sprout, Chic, Patrice Rushen… my older cousin – back then the coolest guy on the planet for certain – was into techno and breaks, and he put me onto the Prodigy and The Chemical Brothers. The turning point was when I discovered DJ Shadow and the concepts of music production and sampling, and I bought my first synth.” 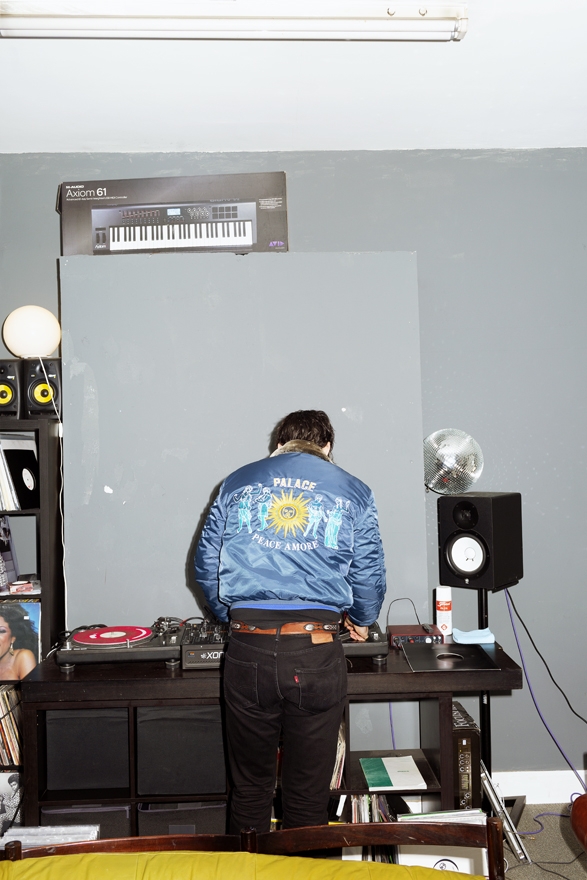 At 20 he briefly moved to New York at the insistence of his friend, the American graffiti artist Stephen ‘ESPO’ Powers, who had been working on murals in Dublin as part of a Fulbright Scholarship (“one of the best decisions I ever made, because it opened my mind to a dramatic sense of culture, that, coming from Ireland, I hadn’t experienced before”). Then it was on to Manchester and a course in Professional Sound and Video Technology at the University of Salford. “That’s when my real education began,” he says – and he isn’t talking about school.

“My third night in Manchester, I went to the club night Hoya:Hoya because Kissey Asplund, a friend from New York, was playing. In Dublin we didn’t have a Sub Club or a Plastic People, a pilgrimage to get schooled on the variety of music out there, so to hear ‘Massage Situation’ by Flying Lotus on a system was like, ‘What the fuck is goin’ on?’ I ran into the room, Illum Sphere was playing, and I knew moving there was the right decision. Manchester is densely populated with people who give a shit about their culture.”

At the age of 22, Lennon became a resident at Hoya:Hoya. “It was me, Illum Sphere, Jonny Dub, Lone, Eclair Fifi, Jon K… even as I say the names, that’s a fuckin’ team, right? It was hands-down one of the best periods of my life.” This was also the point when ‘Tried For Your Love’ broke through. “It was played on BBC Radio 1 for 13 weeks in a row, and everything changed.”

There’s an irony in Lennon calling himself Krystal Klear, because the alias was originally intended to hide who he was. “Truthfully – and I hope this doesn’t get picked up the wrong way – I was making music of black origin as a white man from Dublin, and I didn’t want to be perceived as ironic,” he says, pausing to check the heaters are on, the windows are closed and that we aren’t too cold. “I wanted the most honest reaction. It was really cool for me to have Dâm-Funk, a West Coast boogie pioneer, playing my record, and Theo Parrish… he was in Dublin, in All City Records, playing my record. I was in the corner nervously watching, and Theo was like, ‘I got this shit, this bangs.’ The counter guy said, ‘That’s the chap that made it over there’, and Theo was like ‘Damn, man, I thought you were black!’”

As the early years of his career coincided with a move from producer-led to DJ-led trends, he admits he struggled to find his place. “The period between my first record and ‘Neutron Dance’ can only be described as extremely up and down,” he says. “The year leading up to Neutron was definitely the lowest point of my career. I’d fallen out of love with my surroundings, with music. I saw the DJ scene as a very cliquey thing that was uber-contrived and full of bullshit. I didn’t have a label, my agent and I had parted ways, my management had dropped me and I looked at my discography and realised I was making music to keep my head above water, not because I wanted to.

“I was staring down the barrel of a gun and I had a girlfriend in New York, so I said, ‘Fuck this, d’you know what? I’m getting out of it.’ I was due to move back there in June 2017, but she broke up with me the week before in an email!” He grimaces. “Bear in mind now, this year is really starting to look grim. Man, I was doom ’n’ gloom Dec, I was heartbroken. But it was the best thing that ever happened to me.” 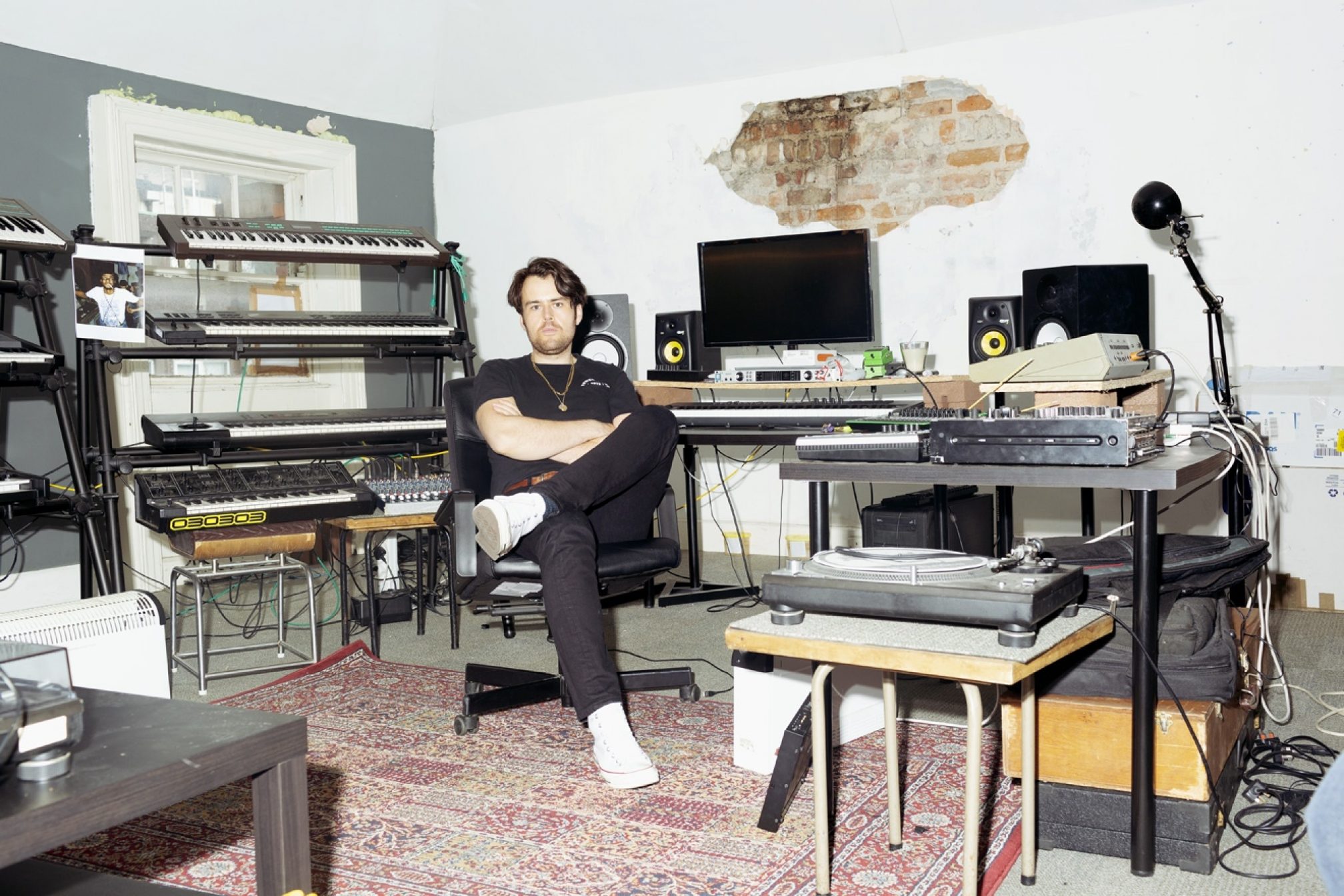 With a lease in NYC already signed, he moved – and found he really enjoyed it, making new friends who “Don’t even know where Berghain is. I live my life there, then I fly (to Dublin), and it’s music time here. The duality of both lifestyles benefits my mental health.” The change brought a new perspective on his music as well, and ‘Neutron Dance’ emerged as “just pure, organic music that’s derived from everything that I’m about, you know?” And this is where Gerd Janson and his label Running Back come in.

“Anyone who’s ever met him will tell you he has an infectious personality,” says Lennon. “We’ve been friends for years, but I’d send him demos on a monthly basis and you’d mention the demo and like a puff of smoke – he’s gone! It was painful, another factor in that year of doom ’n’ gloom, because I’d tried so hard to sign to Running Back. It reached a point where I knew I had to give up on it.” But once Janson heard ‘Neutron Dance’, that all changed.

‘Neutron Dance’ could have bought Lennon a long time to kick his heels, enjoying international gigs in Australia, Korea and Bali, and – later this year – South America, Japan, Dubai and Russia. Yet his urge was to keep moving, to not have Neutron Dance “become like ‘Smells Like Teen Spirit’, where I grew to hate it”. He’s proud of the response to this year’s follow-up ‘Euphoric Dreams’ (also on Running Back), with plans for another big track this year and a “bangin’ album” in 2020.

In the meantime, Wigwam is waiting, a Brazilian restaurant on the other side of the Liffey to Temple Bar, which becomes a boisterous late-night hangout by late evening. The basement room, where Lennon later squeezes into the compact DJ booth, is low ceilinged and packed with bodies come midnight.

“Wigwam was originally the Twisted Pepper, and the Twisted Pepper basement is a special venue in Dublin, with one of the best soundsystems,” he tells us. “For me, Labour Of Love isn’t about big-room stuff, it’s about intimate, phones-down, heads-up, dress-to-sweat music all night long.” He enthuses over some of the tracks in his set, all of which bear that emotional edge he loves, like Red Axes’ “gothic Moroder track gone wrong” ‘Sipoor’, the hollering house energy of NY’s Finest’s ‘I Can’t Wait For Tonight’ and the itchy acid groove of Armando’s ‘Turn My Shit Up’.

Lennon is no fan of Ireland’s disregard for club culture, or the demise of several of the city’s venues in recent years, which he puts down to familiar problems: “high rents, development and government bodies not giving a fuck about Irish club culture… we don’t have anywhere for the youth to learn or focus on their crafts, so they’ll go to Amsterdam, Berlin or America, and when they’ve become successful the government turns round and says ‘We’re so proud that the Irish are doing it!’ Go fuck yourselves. You didn’t help this, you’re part of the fuckin’ problem.”

Yet tonight, he and young Ireland are doing it on their own turf. “It’s a good place for me, there’s no distractions here,” he says. “When I drink, I drink, when I work, I work, and I don’t think I would work as hard in New York. And I like this space; I don’t think I’d find somewhere so big and unique anywhere else [in Dublin]. A lot of the music that’s been made here has changed my life, I feel I owe it to the room to stick around. I’m super fortunate, and I’m not just saying that because it’s the respectful answer. It’s damn fuckin’ true.”

Gerd Janson: The Craft
Krystal Klear in The Lab NYC
The best b2b moments at All Gone Pete Tong in Miami