On December 3, 2014 a grand jury fails to indict a New York policeman who applied a chokehold to Eric Garner and ignored his dying pleas of "I can't breathe". Within 24 hours these words become a cry of protest at demonstrations across the United States. Just over a week earlier, a grand jury had failed to indict the officer responsible for shooting Michael Brown, reigniting civil unrest that had been a familiar sight since the shooting of the unarmed black teenager.

This is the backdrop to Mixmag's meeting with Theo Parrish on December 4.


"America has gone in the past few months from being a tolerant-seeming place that's hiding the fact that it has a deep-rooted issue with black people, to being in full-on lynching mode. All while a black dude is in office!" rails Parrish, a DJ steeped in the experience of inner city America. He escaped a life of gangs and violence thanks to the arts and a schooling in the music culture of his two home towns: Chicago, on whose notorious south side he was raised, and Detroit, where he chose to live. With the support of fellow independents Rick Wade, Moodymann and Claude Young he established himself in Detroit as a producer of such singular vision that he's sustained a fanatical audience ever since.

But it's London where we meet, a city in which Parrish has spent lots of time sporadically over recent years. After smoking a cigarette outside our rendezvous point, he settles his tall frame into a seat and orders a flat white.

He's initially wary, warning us that he'll skip any questions he doesn't like. Maybe this is because he's not previously done a feature with Mixmag, but more likely because the standard tale of Chicago/Detroit DJs being burned by promoters, bootleggers and journalists has made him this way. But he warms gradually to the questions, and passes on none.

He's informed and opinionated, with a strong midwest accent. As in his DJ sets, he's prone to veer off on tagents, but he's never less than fascinating as he covers ground encompassing politics, DJing, the culture of Chicago and Detroit, and music production – especially that on his primary label Sound Signature and its latest release, his album 'American Intelligence'. 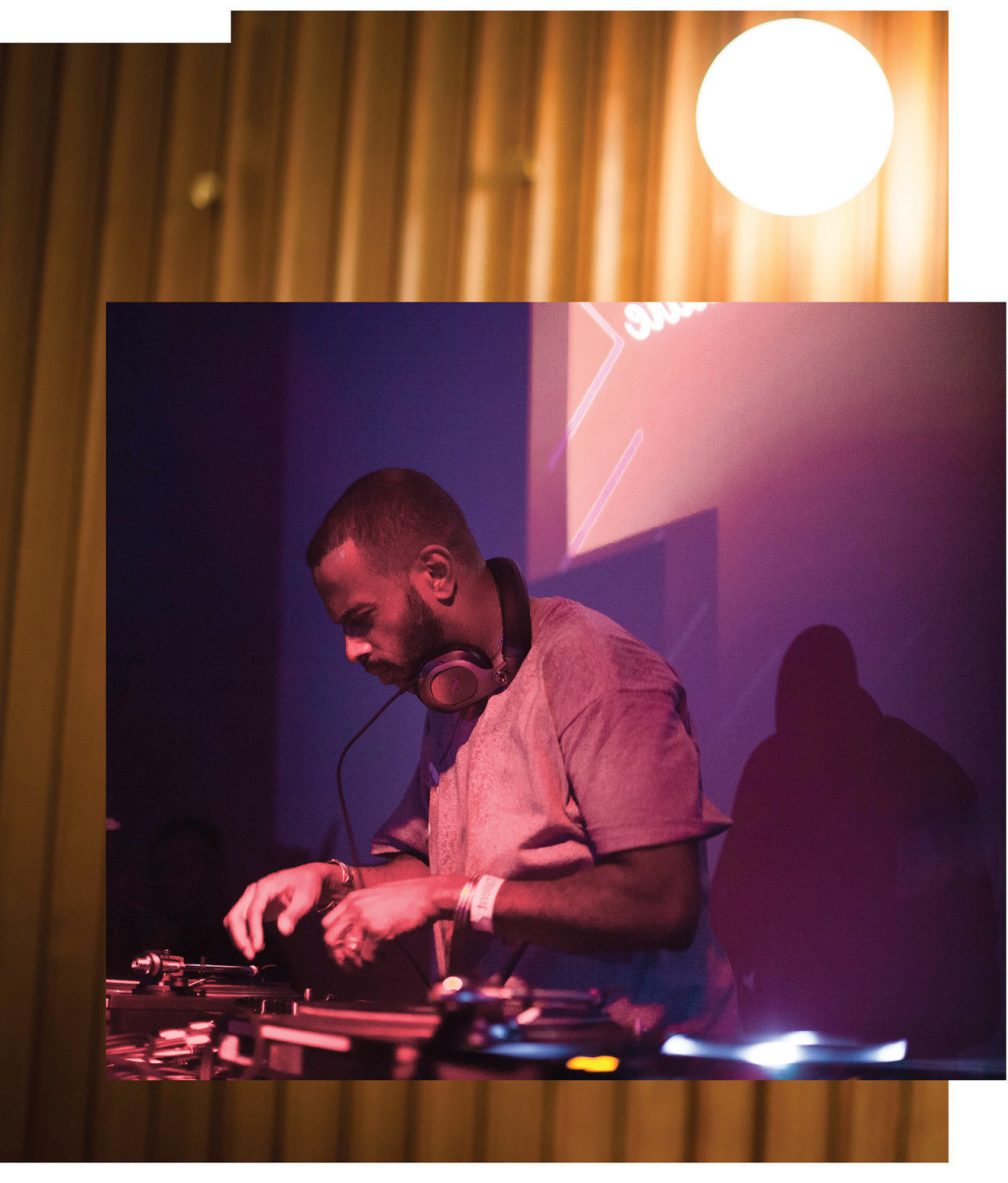 The album, Parrish's fifth, is almost a recap of his adventurous, nearly two-decade career to date, covering the dark, roots-indebted house and techno hybrids ('Drive', 'They're Here') and percussion master-classes ('Tympanic Warfare', 'Cypher Delight') he was initially known for, as well as collaborative efforts with some of the live musicians he's just toured with (Ah, Be In Yo Self, Footwork). Although instrumental in the main, on the dark skit 'Welcome Back' he documents one of the frequent occasions when he's been stopped by police – in this instance on his way from the airport. "I've had an easier time going to Dubai and Israel than I have going back to Detroit, where I have an address, " he states, before describing how slowly he will reach for the requested driver's license.

"That's something I've got to teach my son as he gets older," he says, with regret. "Looking at how America is operating, I'd be a fool to think he wouldn't need to know these things. That's a conversation my parents didn't have to have with me. They didn't tell me, "Be careful son, the police might think you have a gun when you reach for your wallet". 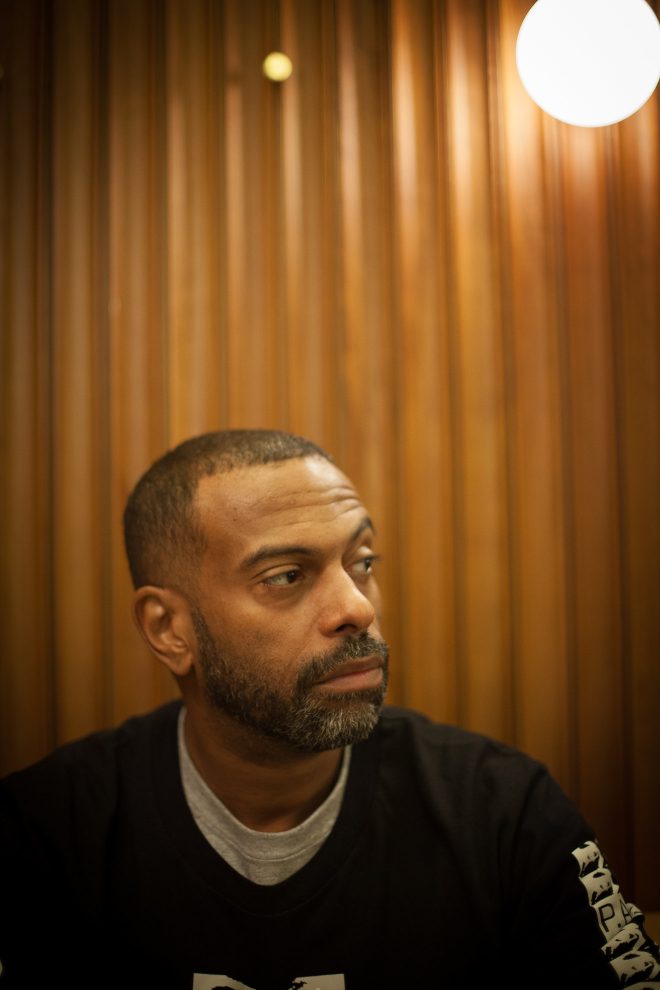 It's his parents, specifically his mother, whom Theo credits with saving him from following the route of gang culture so many of his peers fell into.

"I was messing up at school and I was going to go to a really rough high school called South Shore. I was 15 years old, weighed 95 pounds, I was gonna get murdered. Maybe not literally, but I would've got beaten up a lot more than I did."

After spotting him drawing in comic books, his mother persuaded him to try out for the Chicago Academy Of The Arts, and he won a scholarship.

That turned into a scholarship for the Kansas City Art Institute, where he continued to evade his likely lot by studying sculpture – all the while remaining aware that he was only one step removed from it.

"I decided I better go into sculpture, because at least there they taught you how to weld. I was thinking, "I ain't never heard of any black sculptors, so at least I'll leave being able to weld mufflers at [auto repair shop] Midas". I knew there were all kinds of car shops where I could get work in Chicago or Detroit."

Having taken his love for Chicago's music with him, he put it to use in Kansas, honing his skills as a DJ and focusing on sound creation within his sculpture studies. So strong was the pull of this music that it was always clear he wouldn't be staying there.

The roots of dance music, the culture of Chicago and Detroit is something Parrish feels passionately about, and protective of. It informs everything, from the way he plays to the props he gives and the young artists he showcases on Sound Signature.

"We know we've got Europe's attention, so let's keep putting the music out, let's keep playing there, but let's make sure the cultural values stay intact," he says. "Because anybody can say, 'You didn't take care of your roots'. You have to make those efforts. I've been consciously looking at how to. That's why Jay Daniel, Kyle Hall, Piranha, Marcellus Pittman, Delano Smith, all those guys, they all need to get out here and do their thing. And they are. That's why everybody's so obsessed with Detroit, this continuation. The reason we survive is because everybody has that DIY ethic. Thank you Mike Banks, thank you Kenny [Dixon, Moodymann], Derrick, Juan, Kevin and Carl, because them doing it by themselves has created a legacy for that city and set a template that others can follow."