“You mean apart from all the sexy, drunk Scottish people? I’d say it’s the fact it reminds me of a proper fucking nightclub; like wooden floors and proper sound and proper vibes, it’s a proper underground club.” Chicago house veteran Honey Dijon is explaining why she loves historic Glasgow nightspot, the Sub Club. “And I think it’s lasted so long because it never sold out, it never gave up its integrity of being a proper house venue”. A firm favourite and close friend of the club, Dijon is
playing as part of its 30th birthday celebrations. It’s a Saturday night, and Saturday nights at the Subby mean Subculture – the club’s flagship party and the world’s longest-running underground house night.

Think of Scottish club culture and the Sub Club is the venue that stands out from the rest. Starting off across a number of different venues, the Subby eventually found permanent residence in a dingy Jamaica Street basement in 1987, by which time what was previously a funk and soul club was now championing exciting new electronic sounds from across the Atlantic. This was a brave move at the time: the acid house explosion was still a couple of years away, and these alien sounds coming out of the American Midwest were considered too ‘out there’ by many. One of the earliest dance nights was Atlantis, with James ‘Harri’ Harrigan at the helm alongside Orde Meikle and Stuart McMillan of Slam, a somewhat unlikely pairing given how different their musical stylings have since become. “At that time they weren’t techno guys at all”, Harri recalls. “I think they saw themselves as more Balearic – plus they smiled in photos back then!” Atlantis enjoyed pockets of success – particularly after warming up for the Stone Roses in 1990 – but the Slam boys soon began leaning towards the heavier techno sound that came to characterise their career, and decided to do their own thing at neighbouring venue, The Arches. Harri replaced them with a promising young DJ called Domenic Cappello, whom he’d met on the afterparty circuit. The pair had grown to dislike the hyper-masculine techno that was increasingly popular at this time; instead, they took Saturday nights at the club back to the roots of what Domenic calls “Black American electronic music”. The night hit the ground running, and Subculture was born. 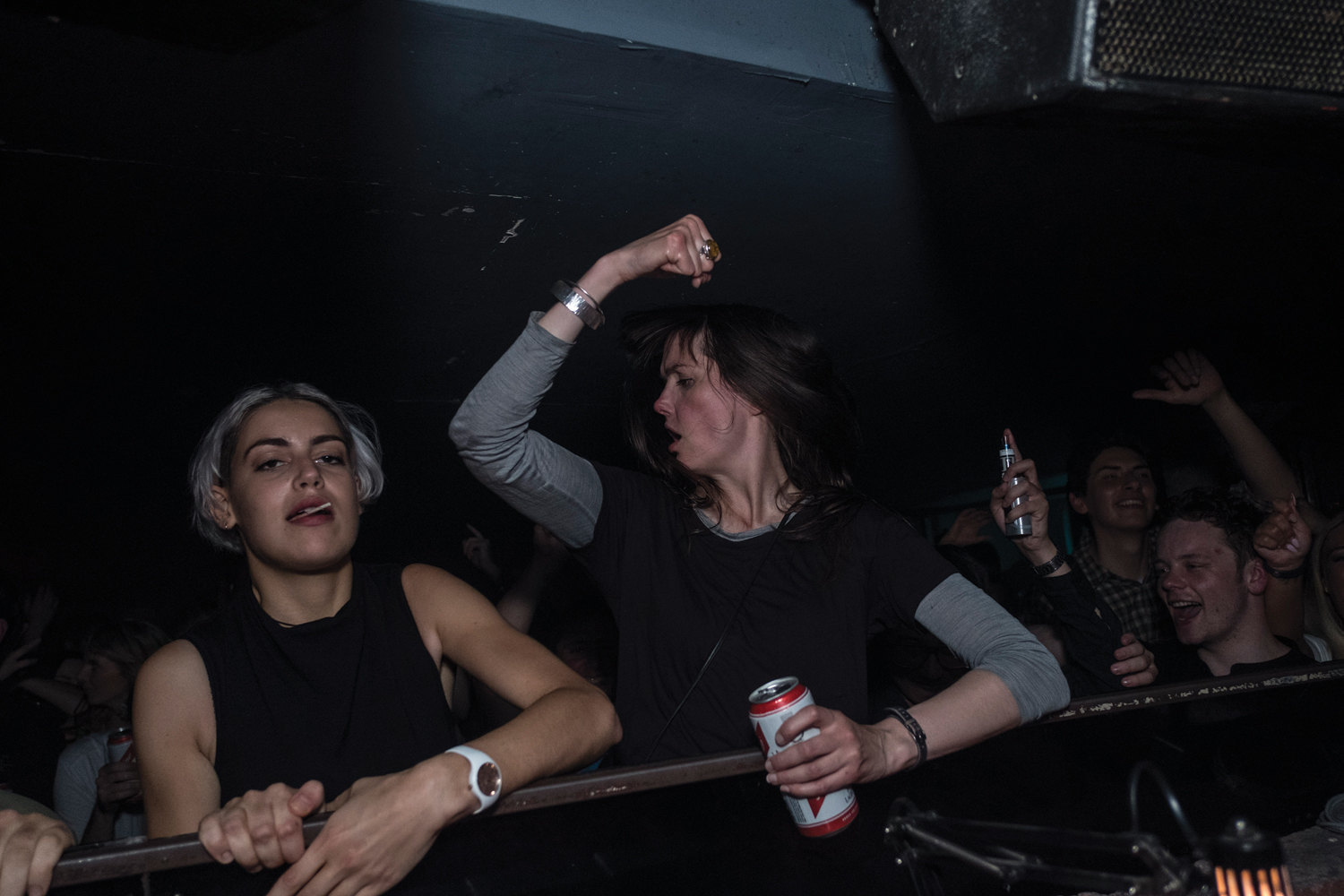 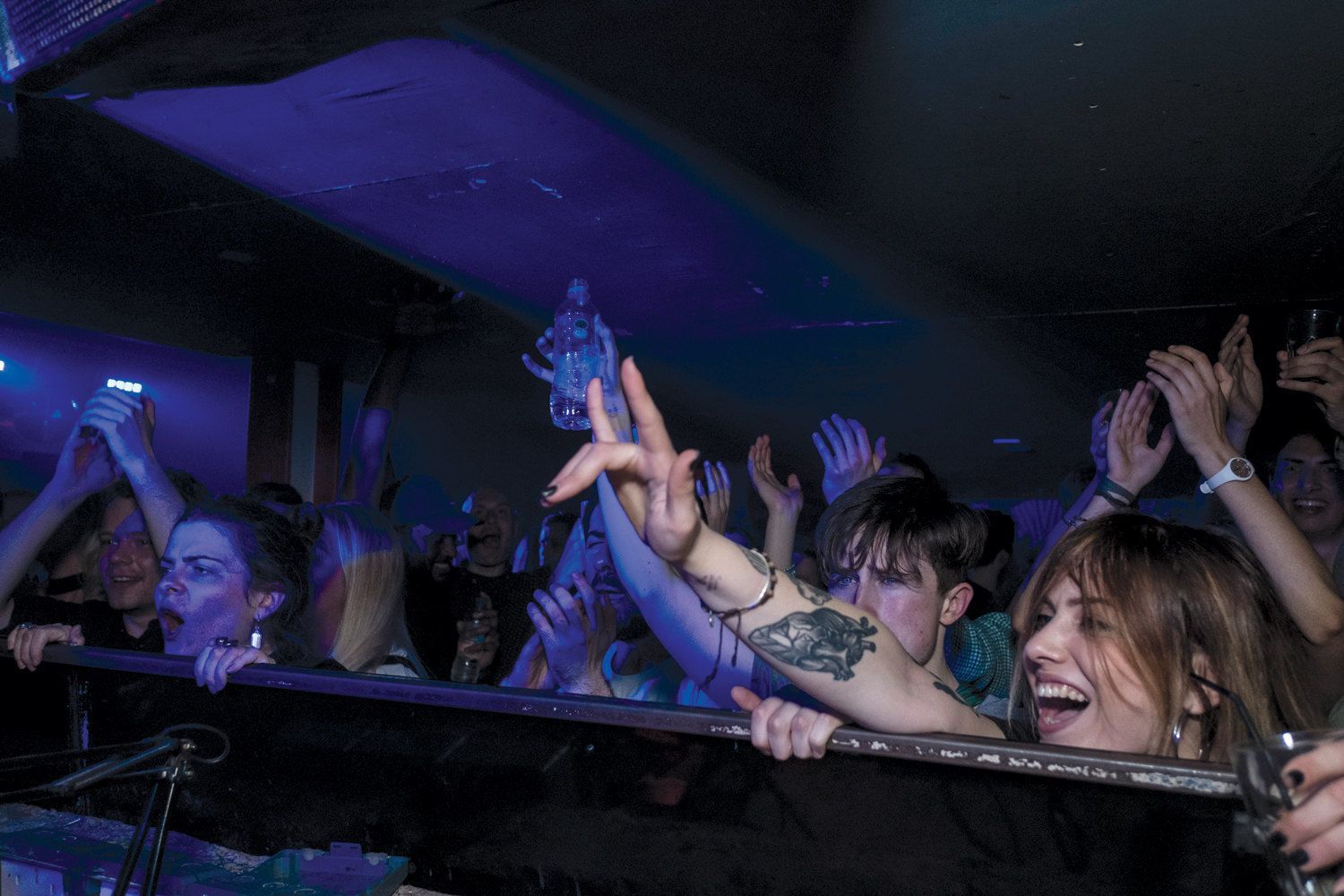 Like many great clubs, the exterior of the Sub Club is wholly unassuming. Past the menacing, Charles Bronson-like bouncer manning the queue, a metallic door with the club’s iconic submarine logo leads you in towards a steep flight of stairs. Descending, you find yourself immersed by the unmistakable combination of sultry red lighting and rumbling bass. The main bar area is open, high-ceilinged and relaxed. But this contrasts sharply with that of the dancefloor. With a ceiling just a few inches above head height, a wall of speakers and a body-sonic dancefloor (that’s right, you can literally feel the bass) the Sub Club experience takes intensity to a whole new level. As the place busies up, what’s instantly apparent is the way the crowd spans countless age groups, nationalities, social classes, all united in their determination to make the best out of the next few hours. “You know that slogan the council uses: ‘People Make Glasgow’?” an older punter shouts above the music; “this is it in club form: People Make Subby!” There is indeed a distinct feeling of warmth among everyone on the floor as the crowd begins to swell. Strangers smile at strangers as Harri and Domenic build the anticipation in their own unique way. A group of young students from Bradford are in Scotland for the weekend for a spot of techno tourism. “We had to visit Sub Club”, they say; “we’ve heard it’s an institution”.

The Sub Club is one of those truly special clubs, one that’s revered the world over for its contribution to electronic music. One city that has been particularly influential in shaping the club’s history is Chicago, with some of the earliest house music pioneers crossing the Atlantic to play at the club early in their careers. One such artist is Derrick Carter, who first performed at the club in the mid-90s and has played their on a regular basis ever since. “I just like the place. The people are great and are always receptive to what I do – even if I can’t understand what some of ’em are saying!” he explains. On his first visit to the club, Roy Davis Jnr was so moved by the amazing crowd reaction that he picked up the microphone and started singing. “He’d never sung live in his life before, and the place went fucking mental”, managing director Mike Grieve recalls. “Apparently he’s done it a few times since, but that was the first”. Grieve joined as general manager in 1994, and with the help of business partner Paul Crawford, oversaw the club’s exponential rise in popularity. The rise coincided with Glasgow’s reinvention as a post-industrial hub of arts and culture, and before long, Subculture Saturday nights were the hottest gig in town. But just as the Sub Club was reaching its pinnacle, disaster struck. The venue suffered damage from a fire in the next-door building, forcing it to close for a full three years from November 1999. “We’d never have rebuilt it if we’d known it was to be closed for more than a couple of months”, Grieve admits. “But it’s the best thing I ever did. And the fact the club remains open in 2017 is testament to how well that rebuilding process was executed.” 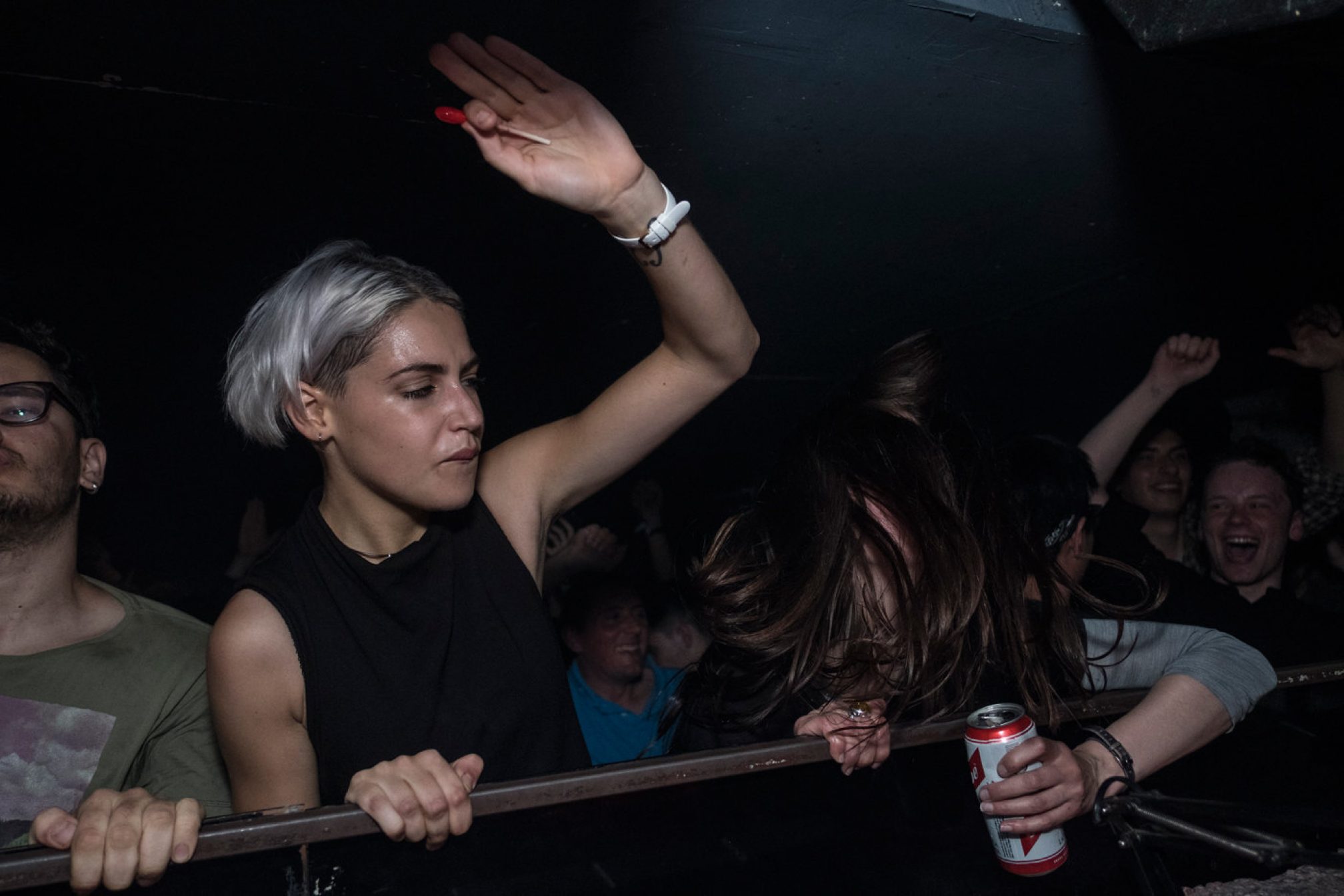 It soon becomes apparent that some of the practices at the Sub Club very much go against the grain of how modern-day clubs are run– none more so than the distaste for a culture that favours guest DJs over residents. The club tries to combat this by regularly letting Harri and Domenic play all night, and restricting the sale of advanced tickets. “I’ll absolutely go on record and say I fucking hate it,” says Grieve. ‘We have, in my opinion, the two best resident DJs in the world, and most weeks they only play for an hour each’.

For the average club, the failure to embrace the culture of guest DJs, advance ticket selling and social media event promotion could prove perilous. But the Sub Club is no average club. When two of the world’s greatest resident DJs are soundtracking your Saturday nights, sitting back and letting the music do the talking is better advertising than sponsored Facebook posts will ever be.

We’re interrupted by photographer and longstanding club regular, Brian Sweeney, who approaches with a look of accomplishment on his face. “This is the first photo I’ve shot of Harri and Dom sitting together since 1995,” he says, showing Grieve his camera excitedly. “I can’t believe it; I usually have to superimpose them!” It’s clear the pair have an indifferent attitude towards PR – or indeed anything that risks detracting from their DJing. And perhaps this mind-set of prioritising the music over any aspect of commerciality has contributed towards the club’s enduring success. “I truly believe this place is the last bastion of punk,” Sweeney adds in agreement.

Dijon is one of a number of high-profile bookings in place to help with the club’s anniversary celebrations. The standout event is a live show by Chicago demi-god Larry Heard at the iconic Barrowlands Ballroom ion December 1. Harri and Domenic will support Heard on the night, and the pair pull no punches when discussing just how historic an occasion it will be. “I’d go as far as to say it’s a life-defining gig,” Domenic insists. “It’s the one guy who’s still as relevant now as he was thirty years ago. And, in a way, he’s emblematic of the Subby in that sense.” 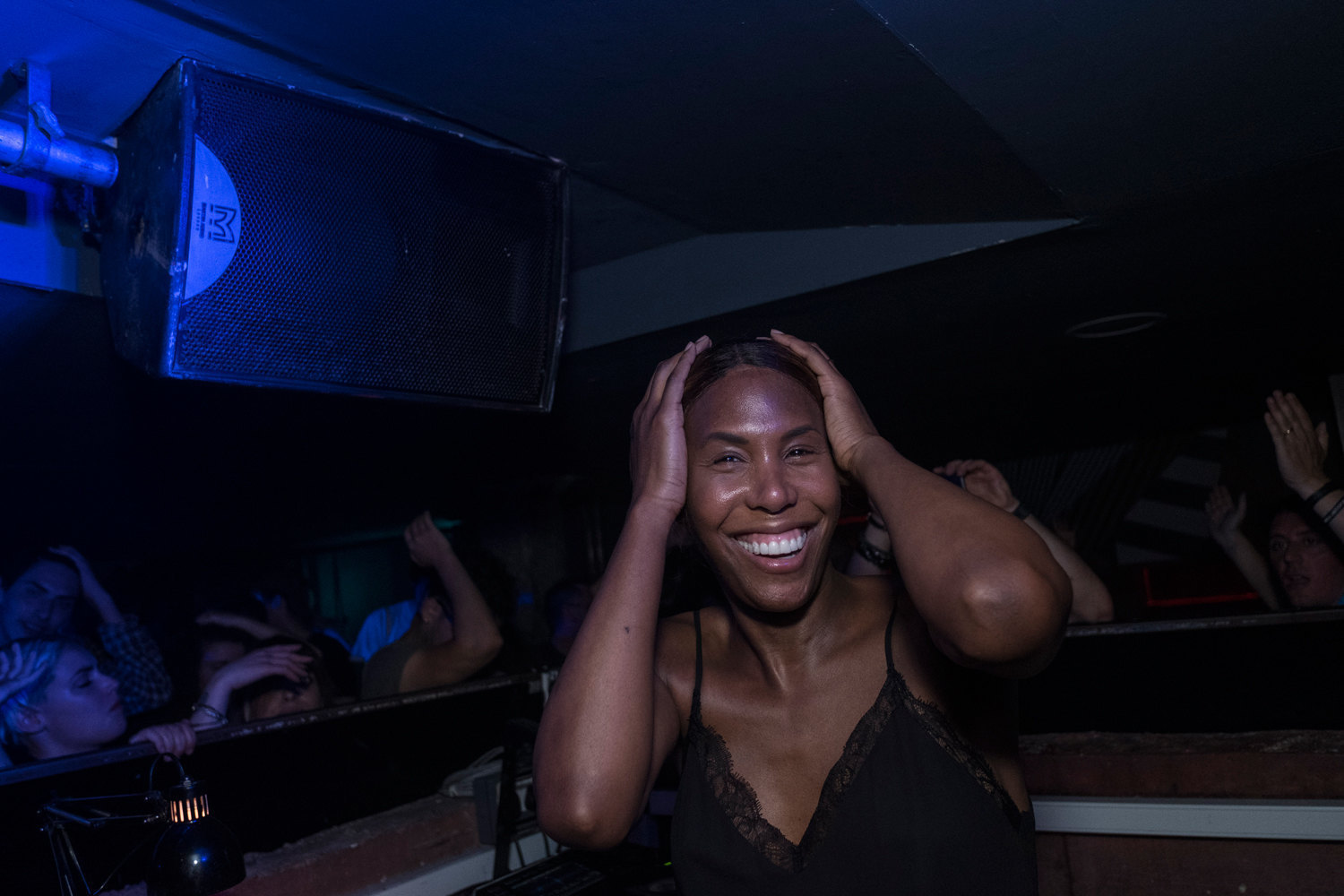 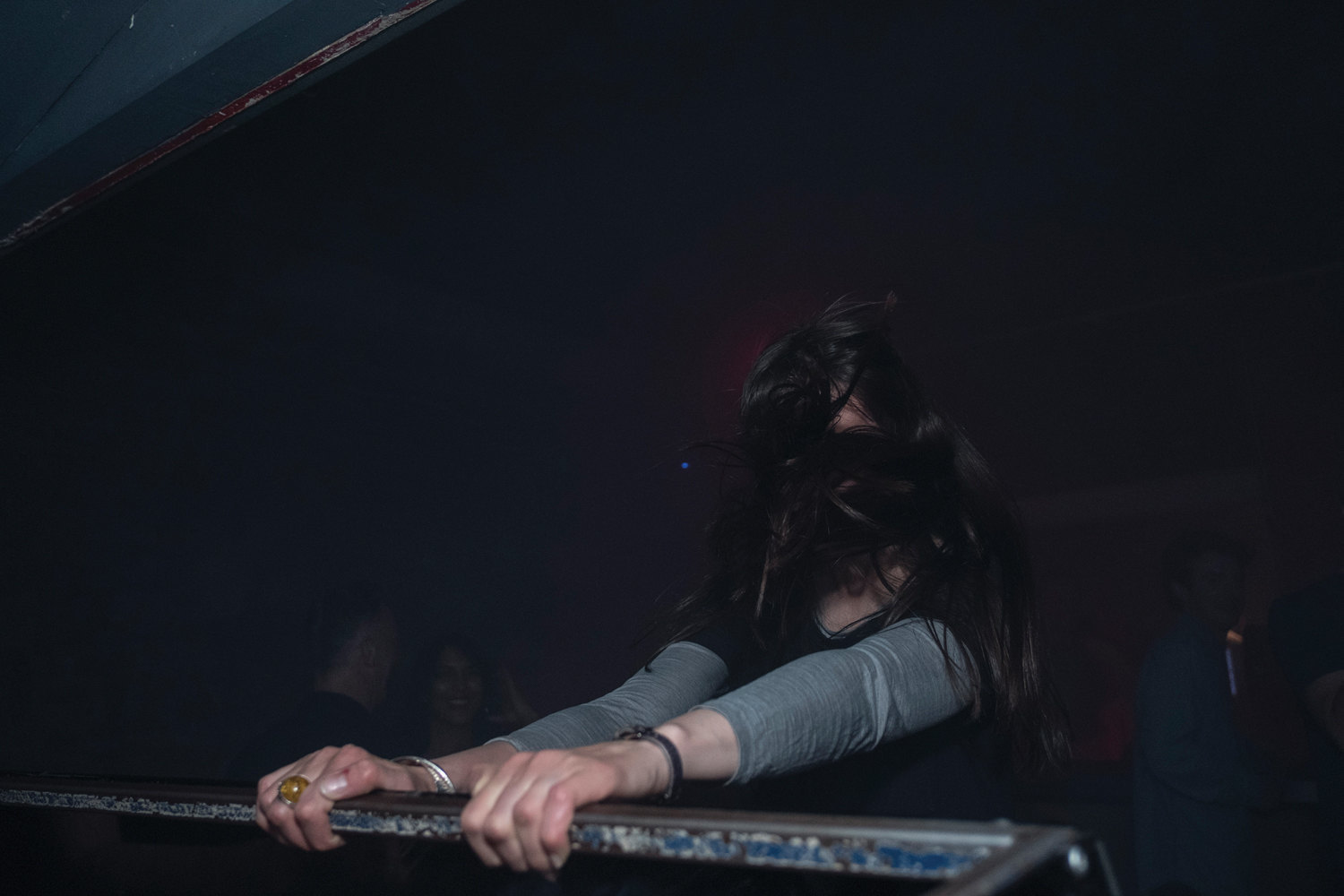 But sadly, a world-class reputation and an illustrious 30-year history doesn’t always mean immunity from some of the issues that threaten the very existence of club culture as we know it. The Arches, another time-honoured Glasgow clubbing mecca, was forced into closure by the powers that be in 2015; and with a nearby Wetherspoon’s applying for planning permission to build a hotel directly above the Subby, there are concerns that it could suffer the same fate. “The reality is I don’t know what’s going to happen,” says Grieve, who is also on the board of the Night Time Industries Association. “I’ve been phoning up the planning department every week, but we very much remain in the dark. The whole thing seems very underhand.”

For such an intrinsic part of the city’s cultural landscape, there seems to be a worrying lack of protection. Why is a cherished venue like the Sub Club not held in the same regard as say, the Gallery of Modern Art or the Royal Concert Hall? “Sadly, people get older, they get responsibilities and they forget about nightlife and socialising,” Grieve laments. “They focus on things they think are more important, but in reality, what you do culturally when you’re in your late teens and early twenties shapes who you become in later life.”

Back on the dancefloor, Dijon is giving the rapturous crowd a lesson in New York house. As she slides into a club-ready edit of Dennis Ferrer’s ‘Hey Hey’, a young, dark-haired girl climbs up onto the front of the DJ booth, swinging from it in time to the music. Rather than being unsavourily dragged off by staff, she is encouraged by Dijon and fellow ravers to give it all she has. As the track reaches crescendo, the lights flash intensely, and her jacking silhouette looms above the crowd. This only spurs them on further, and the momentous, unitary dancefloor energy reaches new levels as the low ceiling is slapped in approval. If ever there was a moment to encapsulate the club’s ethos, this is it. As the set progresses, the crowd’s relentless enthusiasm rarely falters. The Late Nite Tuff Guy rework of Chaka Khan’s classic ‘Ain’t Nobody’ drops just as the lights come up, providing that hands-in-the-air moment needed to cap off an unforgettable night of house nostalgia. Rather than speculating too much about the future, this is a club determined to make the most of the present. And perhaps it’s this determination, coupled with a truly inclusive ethos, that makes a Saturday night down the Subby one of the best clubbing experiences on the planet.

This feature appeared in the August issue of Mixmag