“I love that you took it that way – that freedom of expression is what music is all about, right?” says 20-something soul singer Infinite Coles when Mixmag presents a theory about the track ‘Round’ from his debut EP ‘Destiny’. Lyrics like “I forgive you for it, but I like it, when it hurts” seem like artistic double meanings with Coles’ delicate yet yearning vocals referring to emotional pain and also rough sex. But the shy New Yorker denies this, while laughing at what seems to be a common misunderstanding. “When I first showed ‘Round’ to my friend she was like ‘Oh send me that song because I’m about to go fuck my man right now.’ And I was like, ‘Girl, that’s not what it’s about!’” Feigning upset for a second before laughing again, Coles gives off an easy intimacy that anyone who’s heard his debut EP will instantly comprehend.

Released in late 2021, ‘Destiny’ is the kind of debut you hear and wonder where this artist has been until now. The seven-track outing is an accomplished work, showcasing the wide range of tempos Coles is able to master: from the guitar ballad folksiness of the EP’s title-track; to the thirsty R&B of ‘Rapture’; to the gospel soul of opener ‘Infidel’ — a pained plea for acceptance, which, as a Black, queer man, was in short supply in Coles’ life for years growing up, until he found acceptance and queer peers on underground NYC dancefloors like Escuelita (RIP), GHE20G0TH1K and his friend Robot Moon Juice’s party Fight Club.

Read this next: 7 reasons why you need to see GHE20G0THIK founder Venus X

Infinite Coles is a queer African American man from a musical family (his father is Wu-Tang Clan’s Ghostface Killah) and while he says they don’t really speak, he’s still “just hugely proud to be from that family – I mean I can come all the way to London and see Wu graffiti, that’s incredible to me. But I am very separate musically and I’ve always felt that way. My brothers are rappers and I’m a singer, so you know, there it is.” 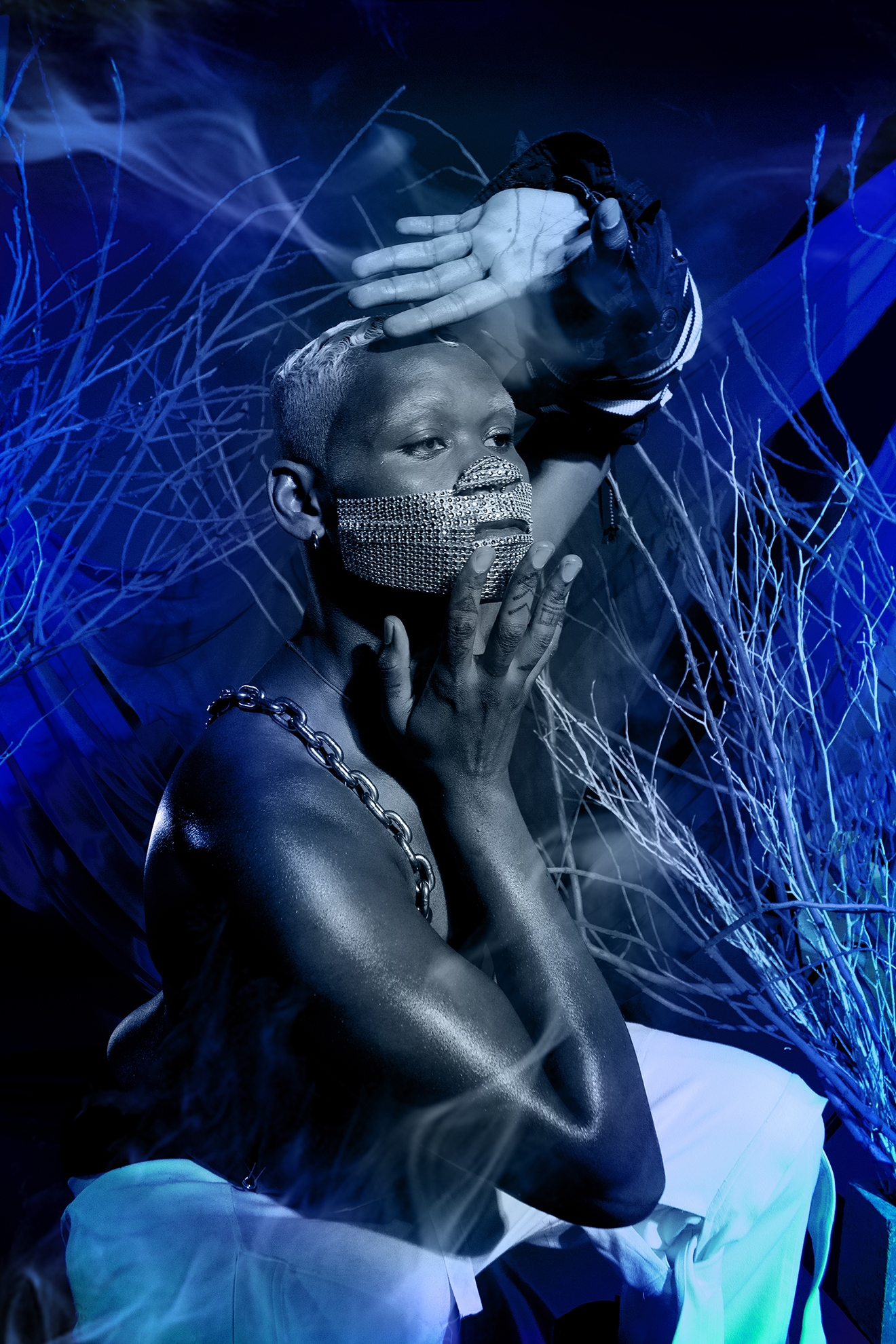 Independent streak notwithstanding, family is important to Coles. In fact it was at a family Christmas party when he was just “12 or 13, I don’t remember” that he sang ‘Oh Holy Night’ so well he surprised everyone - including his uncle, RZA. “Yeah, that’s my mom’s brother, he took me and my cousin Moon aside and he was like, ‘I got y’all when you turn 18, alright?’. We were so excited, we were like ‘We’re gonna be famous when we’re 18!’ But of course it didn’t turn out quite that way…”

Read this next: Voguing: A Brief History of the Ballroom

Instead in 2015, when accompanying a friend on a whim, Coles ended up co-starring in the Dazed movie GANG, which was billed as ‘Saturday Night Fever for the vogue-tumblr generation’. His performance attracted the attention of XL Recordings boss Richard Russell, via the soundtrack composer Alex Epton, who is also on XL. “On the day the director said to me ‘Are you gonna be part of this film?’ and I was like ‘No thank you!’. It wasn’t a great day for me; I just came to support my friend. But then he said again ‘I think you should be a part of this film’, and while it was hard it was also magical. That film is why I have an EP out; it all goes back to that moment. That’s when Richard saw me and he wanted myself and my friend [and Major Lazer dancer / activist / artist] Mela Murder to fly to London and work on his Everything Is Recorded album. We met briefly in New York and tried this song ‘Be My Friend’ and then he flew us to London for two weeks. I’ve never experienced an artistic connection like that before, on this label that, I admit, I’d never heard of. I thought it was XXL the magazine!” 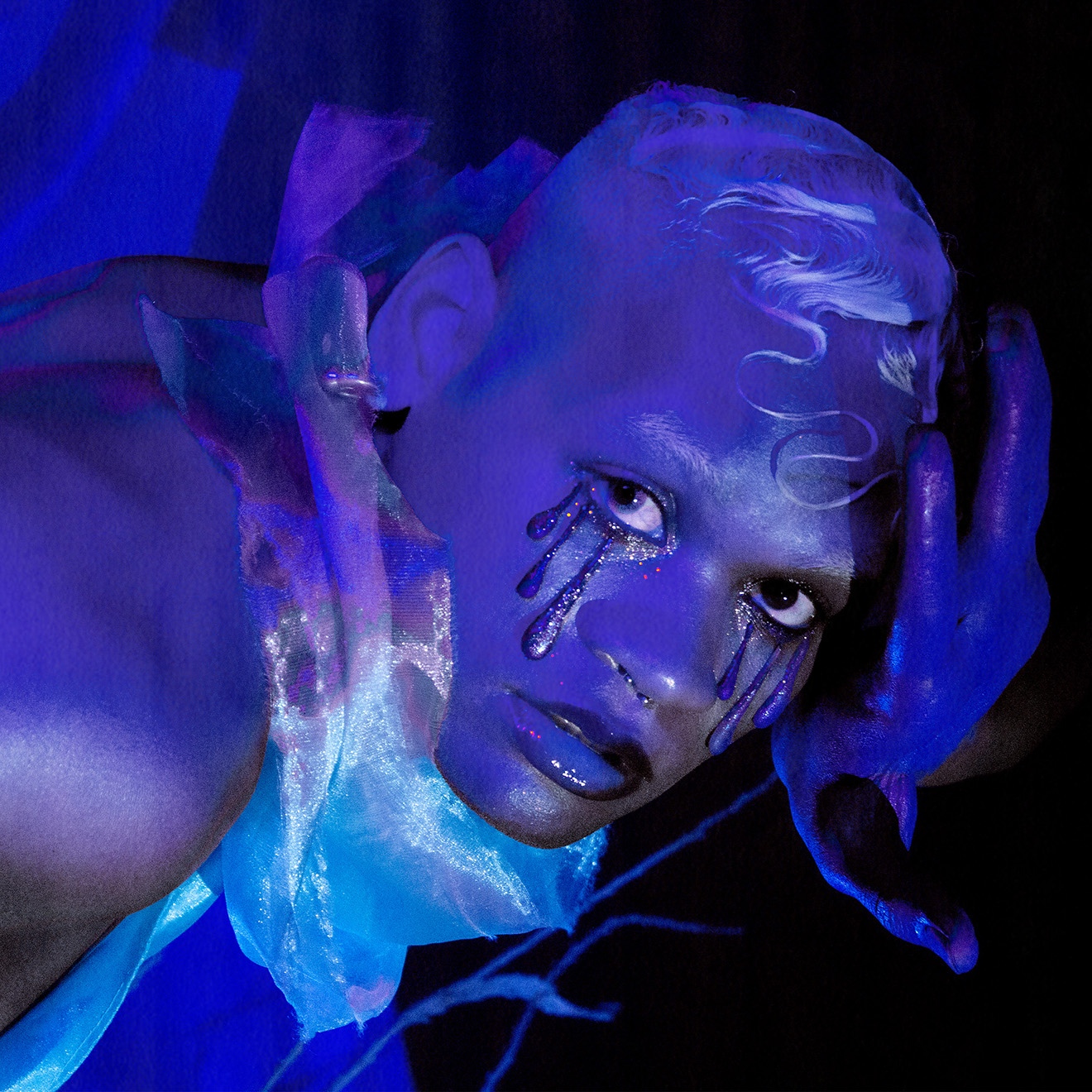 Now he’s worked with Joy O and more recently Mella Dee, whose rave concept EP ‘Whistle Posse Spangled In The Corner’ features Infinites’ delicate vocals on its opener, ‘A Little Longer’. This is a more electronic outing for Coles, who admits “I’m not the biggest electronic music girl; that’s music I discovered properly after being in GANG. My family never played it at all. I grew up around so much hip hop, of course, but also R&B - my mom’s favourites like Luther Vandross, Stevie Wonder and Brian McKnight, plus of course I love Frank Ocean and Maxwell, and all the incredible women like Aretha Franklin, Anita Baker and Whitney. Women are gods and should be respected!”

Read this next: Fired up: How Erika de Casier grew into an R&B sensation

On that note of sisterly solidarity, Coles’ ‘Destiny’ EP is dedicated to his late twin sister, whom it is named after. That’s why Infinite is able to play a more femme role on the record while still being a very confident queer Black man. That confidence and the self-acceptance it stems from is the real theme of the release. “Like I say on first track, ‘Infidel’: “I’m here, I’m enough”. If people don’t like me, I’ll still be here. But I think people will see that I’m authentic and nothing here is being forced. My music, my looks, my vogueing – I do it all myself so I can feel comfortable. It’s not me using my community in any way to be somewhere. I just would never do that.”