In January 2008, Richard Russell found himself standing outside New York’s JFK Airport on the verge of a panic attack. “I was going straight to Looking Glass Studios from there,” he begins. “And I remember freaking out and calling my friend, the photographer Mischa Richter, and going ‘I can’t do this!’” The thought of Russell descending into a blind panic seems slightly at odds with the calm, affable and quietly focused person sat in front of Mixmag today, on a large brown leather sofa in the lounge of his London studio.

“It was one of those really valuable conversations, because he just calmed me down and reminded me it was something I really wanted to do.”

It’s the kind of conversation you imagine Russell, 46, has been on the other end of plenty of times in his role as founder of the imperviously influential XL Records, nurturing the careers of everyone from The Prodigy and Dizzee Rascal to The xx and Adele. But this time it was Russell who needed a few words of encouragement to help get him in the studio for the first session of what would become soul icon Gil Scott-Heron’s final album. The resulting record was almost universally adored on release in 2010, pairing Scott-Heron’s gruff and world-weary vocals (weathered by decades of hard living) with sparse and minimal production, inspired by the aesthetic of artists such as The xx and Burial. 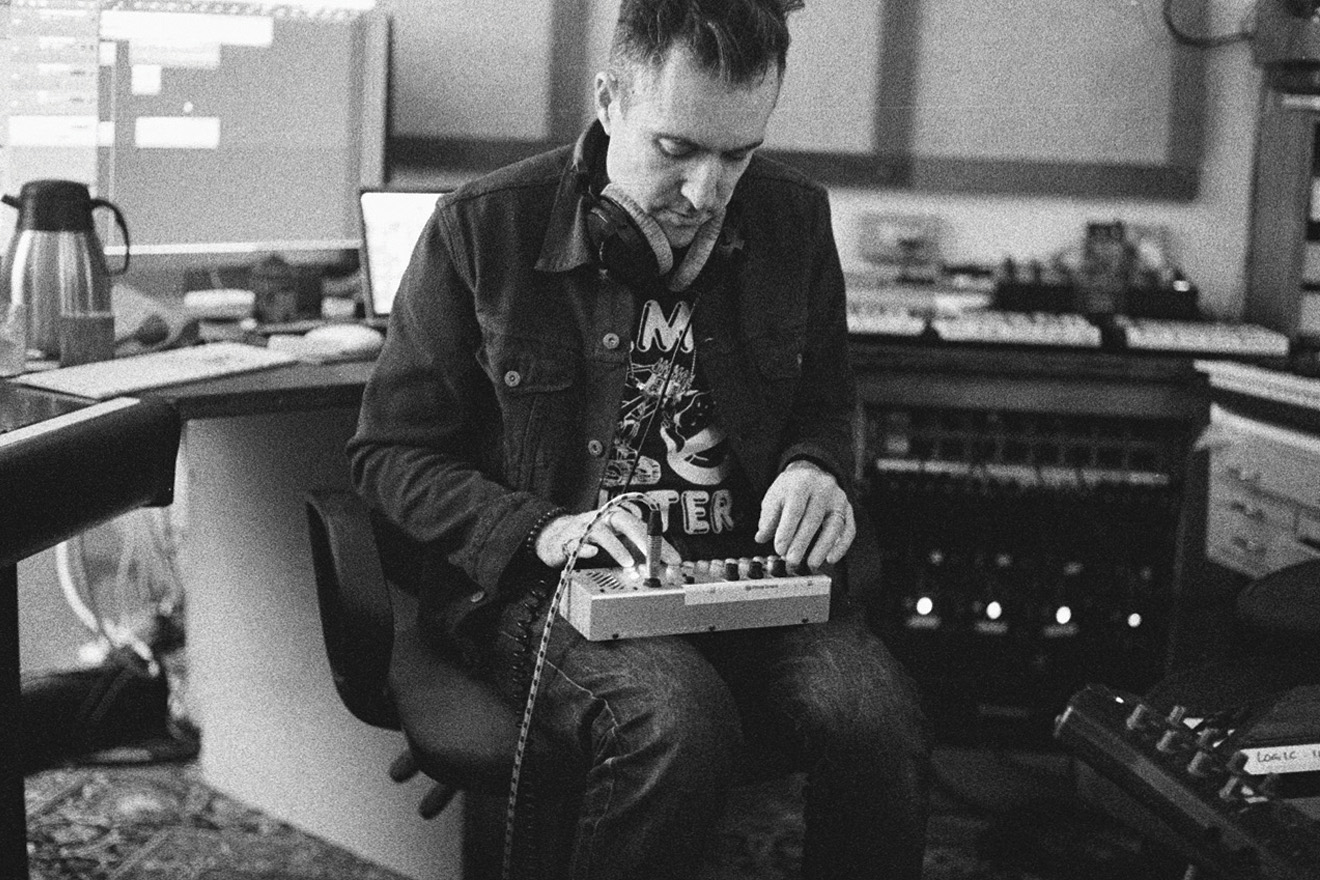 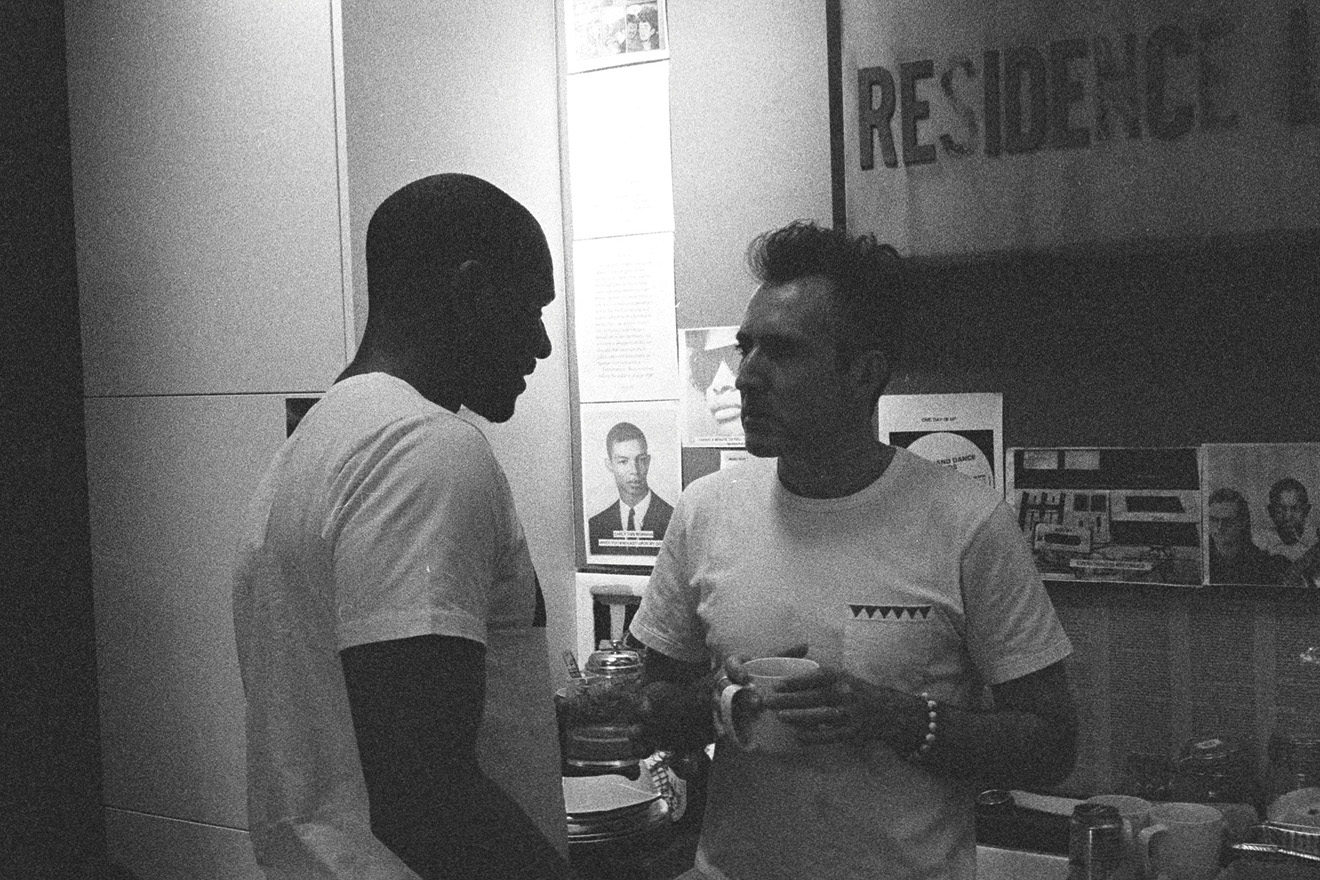 On this grey afternoon in November, he’s dressed in a white t-shirt, khaki jogging bottoms and sandy brown Nike Air Max 90s with the letters ‘LDN’ printed across the tongue. Sporting salt-and-pepper facial hair that walks the tightrope between stubble and beard, he settles into the sofa with a “builders tea” and begins to ruminate on the origins of his new studio project, Everything Is Recorded.

“In many respects, this is a continuation of something I started nearly ten years ago,” he says, sat beneath an oil painting of an imaginary super-group he dreamt up, featuring blues singer Robert Johnson and Ralf and Florian from Kraftwerk. Although he’s helped produce albums by Bobby Womack, Damon Albarn and Ibeyi since working on that Scott-Heron album, it wasn’t until he found the perfect place to record that he felt comfortable helming a project with his name front and centre.

“I don’t think the album would have happened without this place,” he says of the Notting Hill townhouse around the corner from the XL offices that he’s converted into a home studio. “I’d never really found a studio where I felt comfortable with other musicians before. I’d feel comfortable working by myself in my bedroom studio, but it was working on Bobby and Damon’s albums that made me realise what I wanted in a space.”

While the recording space is “very neutral” and somewhere designed for musicians to create a “shared identity”, the downstairs lounge of the studio has Russell’s hallmarks all over it. One wall houses his vast record collection, while a framed poster of a Scott-Heron photograph (taken by Richter) adorns the hallway with the words ‘Thank You For The Words And Music, Gil’ emblazoned across it. In the bathroom, music histories such as Sounds Like London by Lloyd Bradley, and Simon Reynolds’ Shock And Awe jostle for space with works by Nietzsche, as well as several books on spirituality.

Featuring a star-studded cast of Sampha, Syd, Kamasi Washington and Peter Gabriel, among others, the Everything Is Recorded album was made during lengthy jam sessions at the studio, and there’s a wholeness and cohesiveness to it often missing from other collaboration-heavy affairs. “At a certain point during this record, I realised I had to go past just liking the voices, and really had to like the people on it, too,” he explains. “And I think that comes across on the record. There’s this cross-pollination of everyone playing on each other’s records, and I’m there in the middle, pulling it all together.”


The genesis of this project might only stretch back to 2009, but Russell’s involvement in DJing and music production goes back way further. A relatively successful hip hop DJ in London from his teens in the mid-80s, it was when the rave scene kicked off that things really started to happen for him; he had his own success as a producer with rave anthem ‘The Bouncer’ as part of Kicks Like A Mule alongside XL co-founder Nick Halkes.

But before long, the growing success of the record label took over from his own production work, with the release of era-defining rave records by the likes of SL2, Liquid and The Prodigy. “There was probably three or four years where I did nothing,” he says of his hiatus from DJing and production, partially enforced by the success of XL. “It was actually Liam [Howlett] who suggested I get a laptop with [music production software] Reason and got me back into it.” 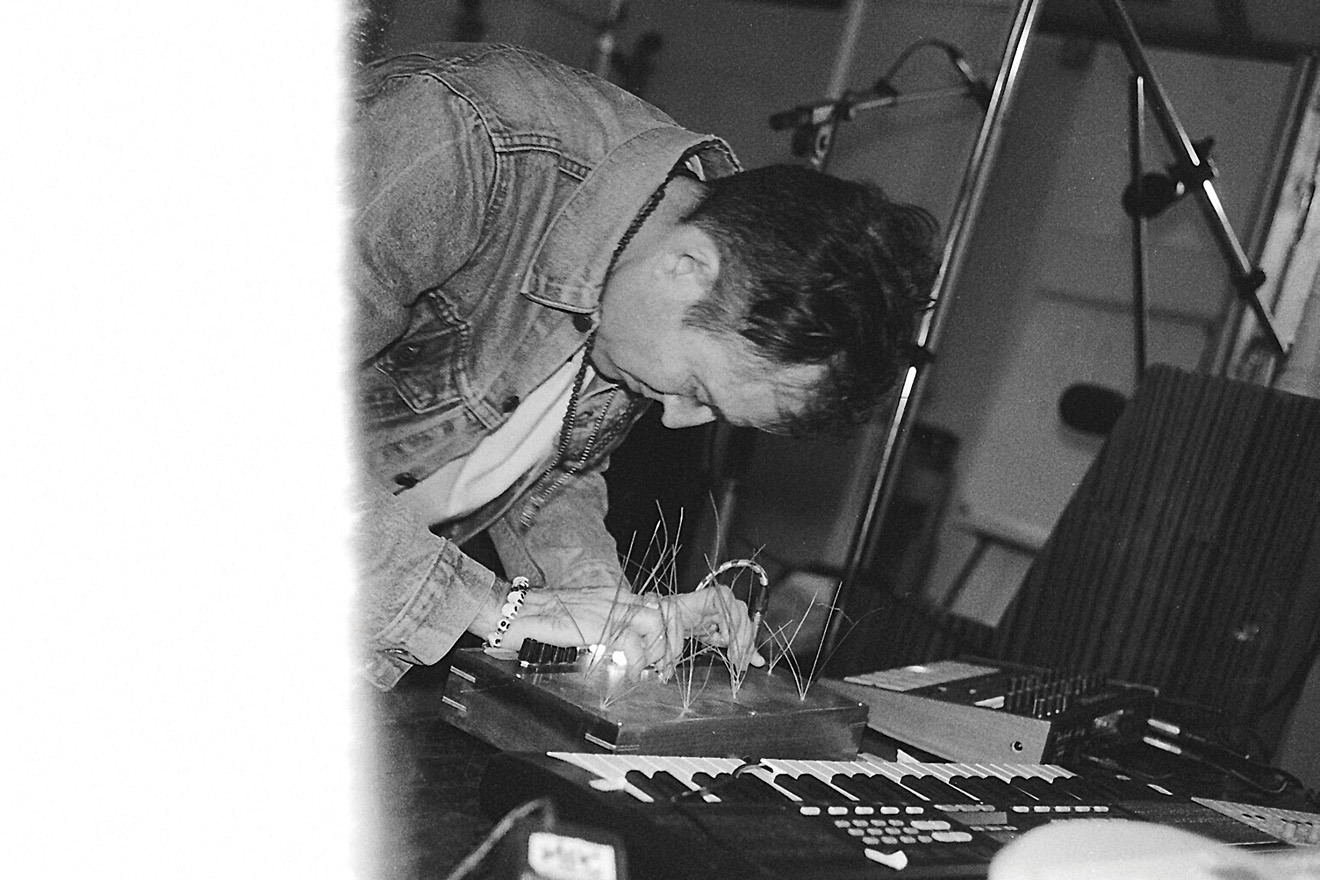 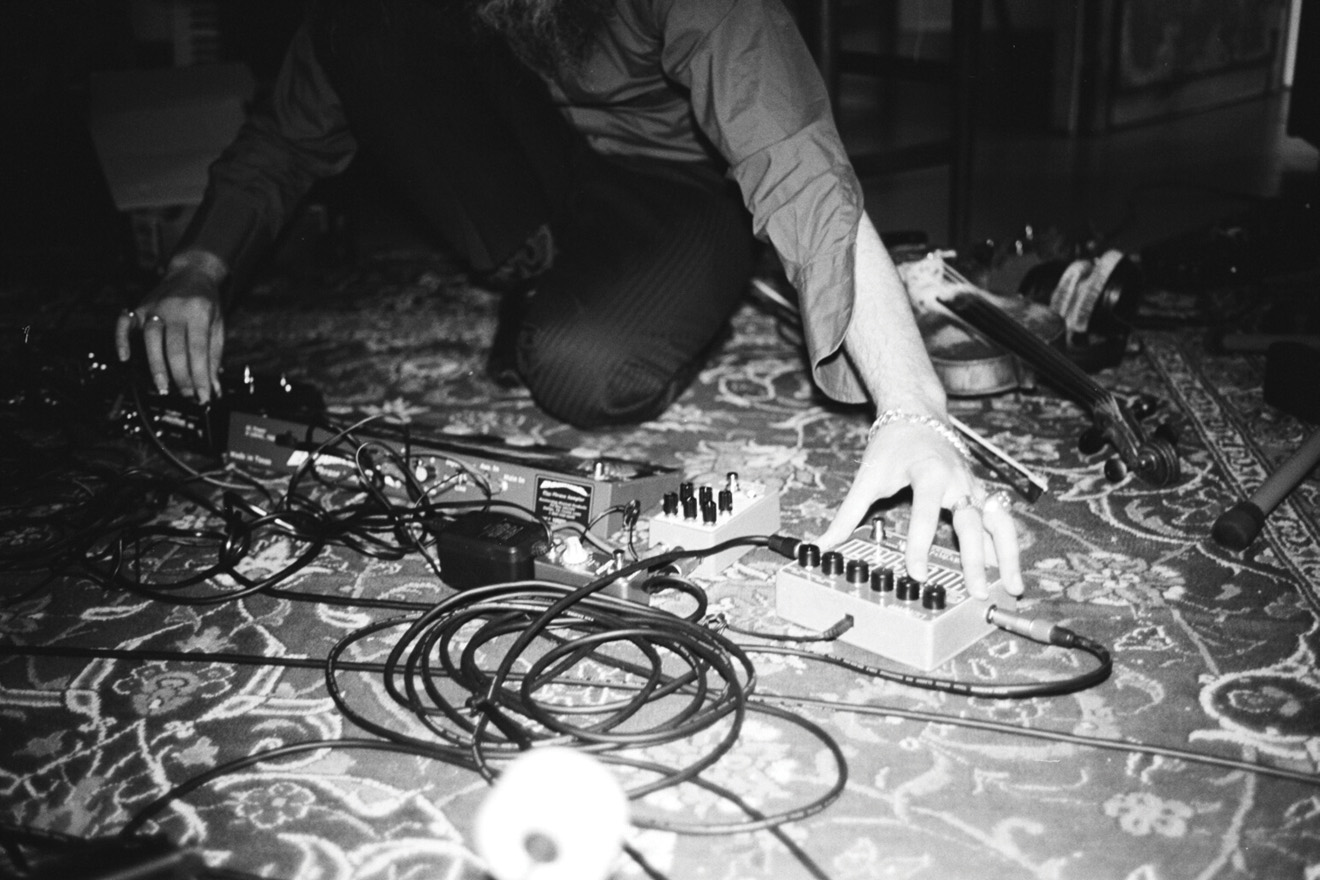 Coinciding with what he describes as “a bit of a hangover from ‘Fat Of The Land’”, Russell points to the years when he shied away from production and DJing as, in retrospect, a less enjoyable time in his career.


“I was still productive and facilitating other people’s music,” he says of the period between 1997 and 2000. “But I don’t think I was getting as much out of it. I was definitely a bit grumpy at the time.”

XL entered its regal phase in the early 00s, putting out game-changing releases such as Dizzee Rascal’s ‘Boy In Da Corner’ and M.I.A’s debut album, as well as signing prominent acts including The White Stripes and Vampire Weekend. But at the same time, Russell began leading a parallel life at home, making bedroom grime but showing it to absolutely no one.

“You’ve got to try and keep that tap on creatively,” he says. “I made loads of music I didn’t show anyone, but it meant that when the idea came to track down Gil, I had that proficiency with Logic and Reason and felt I had something to offer.” 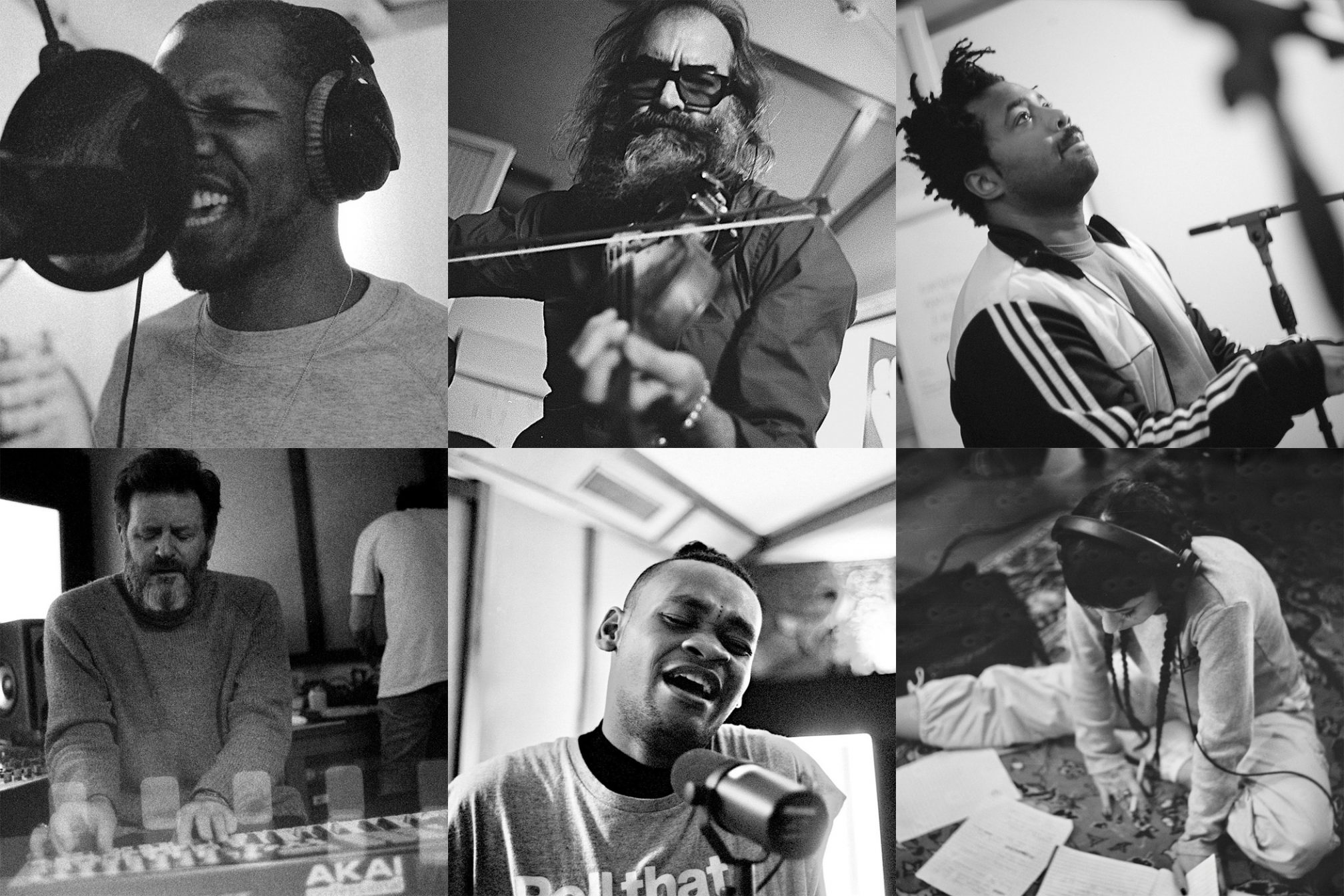 While not primarily thought of as a DJ, Russell is back behind the decks for the Everything Is Recorded project, with gigs at events such as Simple Things and Club To Club in Turin already under his belt. So far, he’s been playing a mix of dub, hip hop, rave and grime tracks, alongside edits of material from the new LP.


“It’s my first love, really,” he reveals. “All of those thousands of hours learning to cut up hip hop records. When CDJs came along I just thought, ‘Thank fuck for that!’”

DJing plays a vital role in the embryonic stage of his music-making process, too, with Russell getting behind the decks to test out how a sample will work in a new context.

“I’ve got CDJs in my studio and I’ll throw different things in,” he explains. “Some theory is going into what you’re trying, I suppose, but that only goes so far. You’ve got to see whether it bangs or not.”

Pressed on interests and life outside of music, Russell’s mind falls on “ping pong” (“I’m pretty good, y’know ...”), but you’d hazard a guess that he lives a pretty moderate and measured life for someone worth an estimated £75 million, according to The Sunday Times Rich List.

“The thing is, if I wasn’t doing all of this, it would be my hobby,” he laughs. “I bet there’s tens of millions of people who love music and would love to make a living out of it but have to go and do their day job instead. I still feel like a student of music. I’m a full-on obsessive. I wouldn’t call myself a religious person, but that’s probably because I have music.”