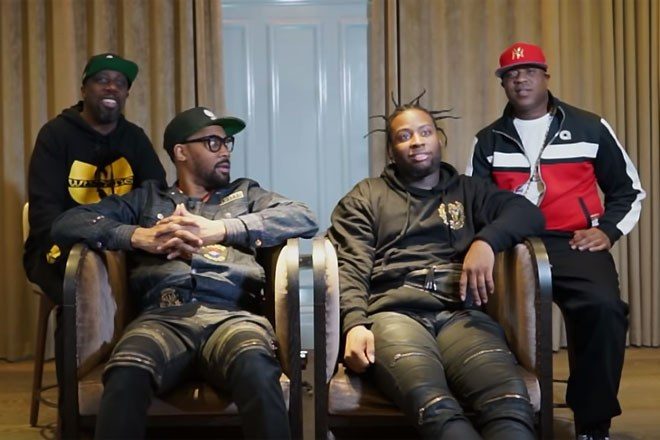 Wu-Tang Clan have, in no uncertain terms, told pharma bro Martin Shkreli to give back 'Once Upon A Time In Shaolin'.

In a new interview with Mixmag, Inspectah Deck instructed Shkreli to "give that album back, man".

But the Clan may be waiting some time as 'Once Upon A Time...' is currently in possession of a US federal court, who seized just over $7 million worth of assets from Shkreli after the businessman was convicted of fraud.

The court also seized other artworks belonging to Shkreli, including a Picasso painting and Lil Wayne's unreleased 'The Carter V' album.

The one-of-a-kind Wu album has now been transferred to the General Services Administration, which is free to auction it to the highest bidder, and without the contract that makes it impossible for a member of the Wu to buy it back or for it to be used for commercial purposes until 2103.

To find out what else Wu-Tang Clan do – or, in the case of Shkreli – don't fuck with, watch the interview below.

A Wu-Tang TV series is in the works
RZA wants Wu-Tang in the rock 'n' roll hall of fame
What do Wu-Tang Clan fuck with?