Diverging from the classic Union Jack motifs of the ceremony's past, the BRIT Awards enlisted the help of Block9 to create its pylon-inspired stage for this year's event.

Known for its iconic Glastonbury set-ups, Block9 created a unique platform for the night's performers, including Little Simz, Sam Fender, Dave, Ed Sheeran and Adele, to show off their talents.

The team were enlisted by the Chairman of this year's awards Tom March to create something completely different than had been seen at previous BRITs.

Block9 co-founder and creative director Stephen Gallagher told Mixmag "I had this idea about 'the power of music' and how it connects people across the UK and started thinking about the real British landscape."

"Not an idealised picture of Britain but something more gritty and real - which is something that Tom was really into - something bit more rock & roll."

"I've always had a fascination with the 'edgelands' - the bits of the landscape that are neither town nor country, and the ubiquitous pylon - that was where the inspiration for the design came from."

Gallagher developed and delivered the stage in conjunction with his studio Swear Studio, along with producer Alexa Pearson and Designer Sam Coulton.

Read this next: Gendered categories have been scrapped for the BRITs 2022

Stephen explained that the "pylon figure" on stage had come from him looking at a BRITs statue on his desk and sketching an electricity pylon over the top of it.

"We wanted to give the scene some animation and movement so had the idea that the pylons were kind of erupting and shifting on their concrete bases - breaking apart and toppling over," he explains.

"The main stage set uses the same visual language but in a more abstract way. Scaled-up sections of pylon structure are used to create a loose ‘framing’ for a series of irregular polygonal LED screens, allowing individual artists to put their own stamp on it. The result is something that is super-versatile but still cohesive."

You can get out more images of the final product below. 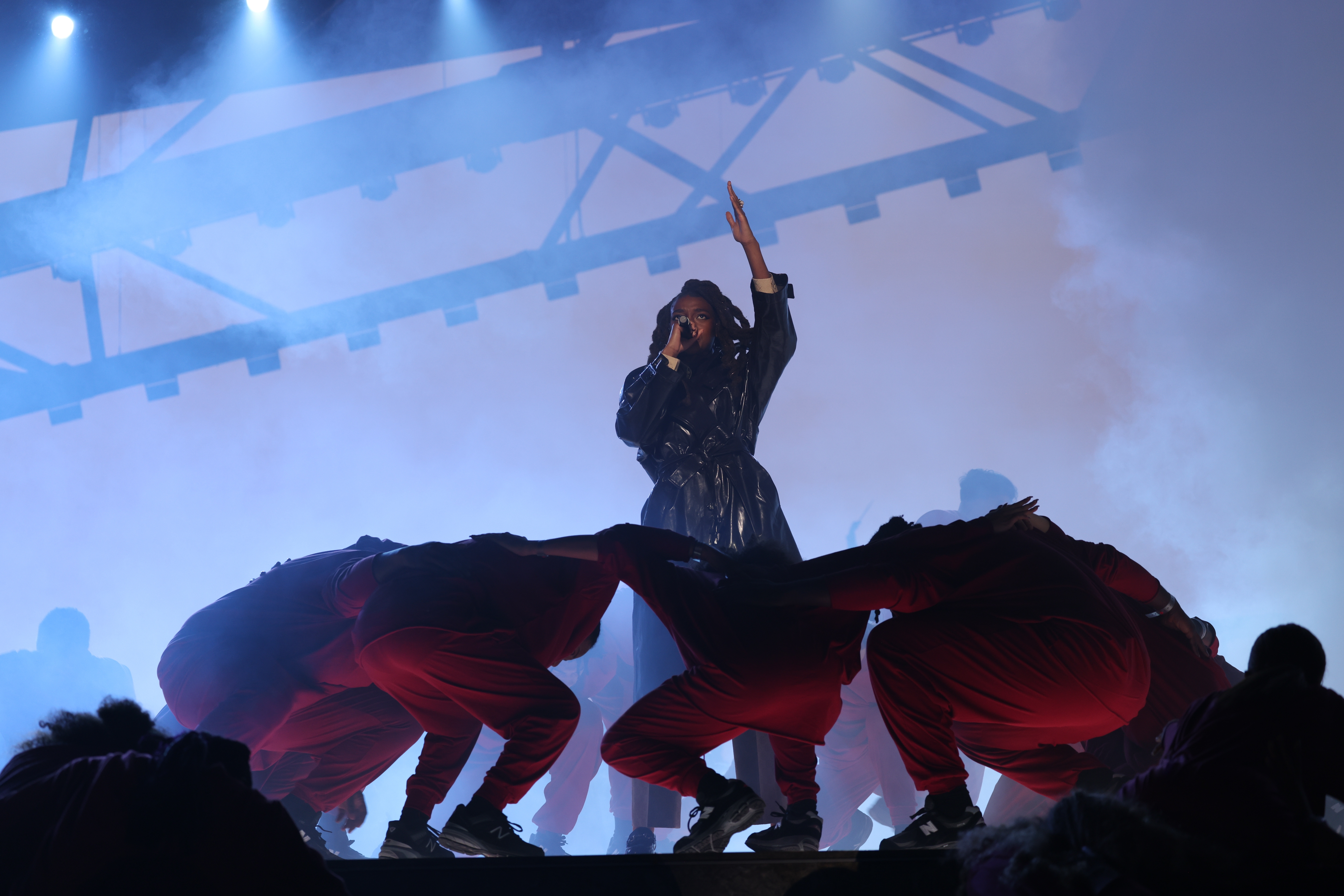 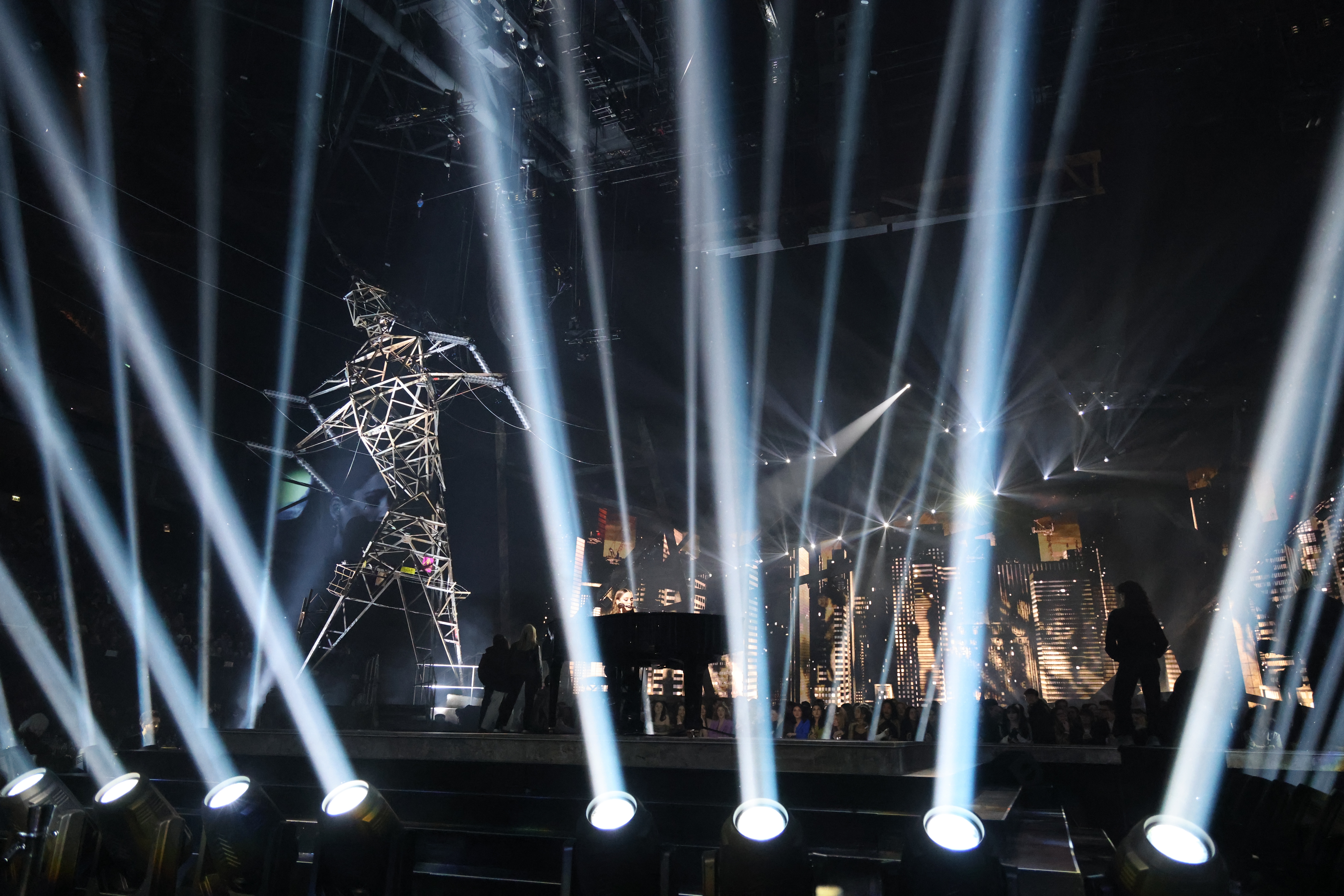 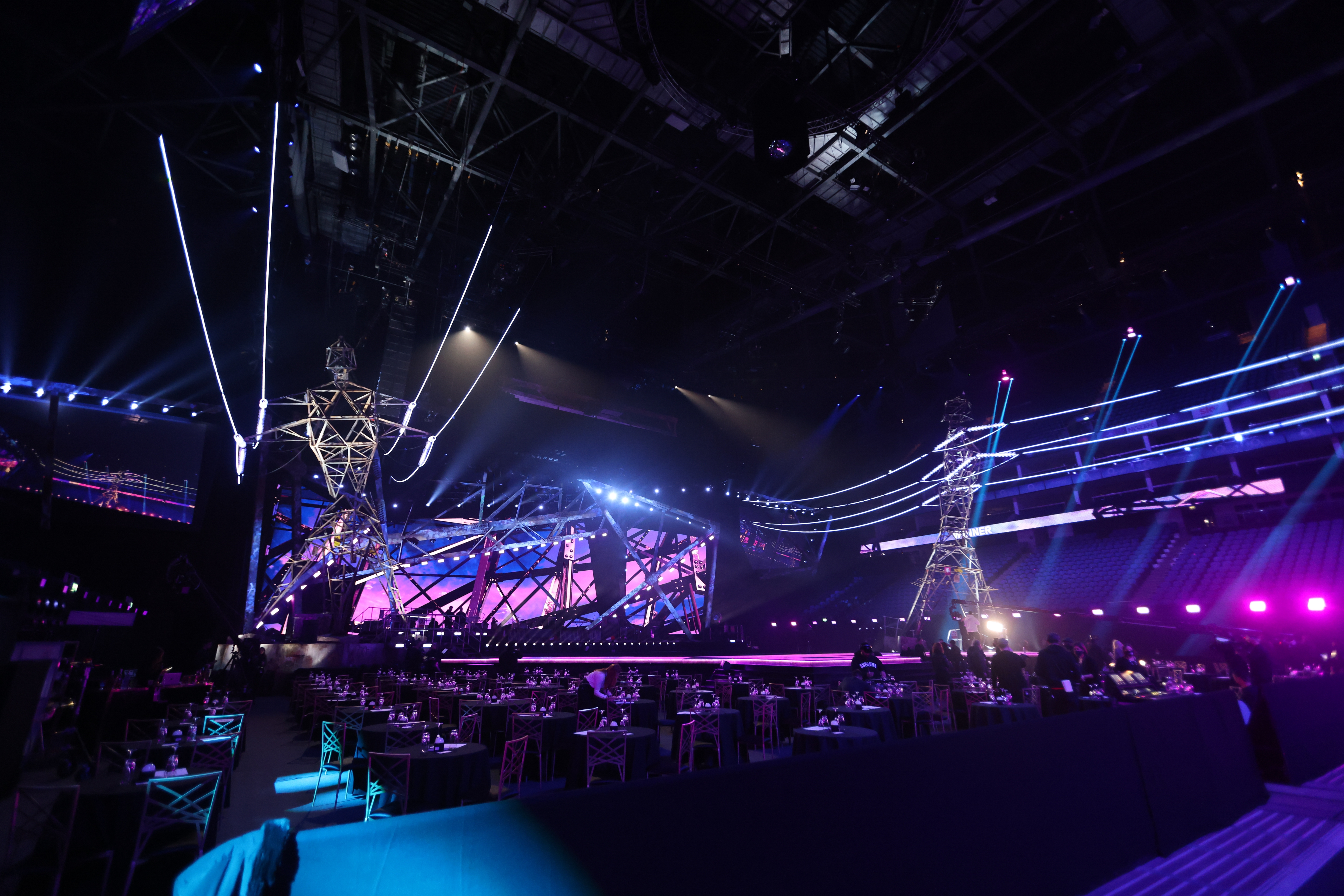 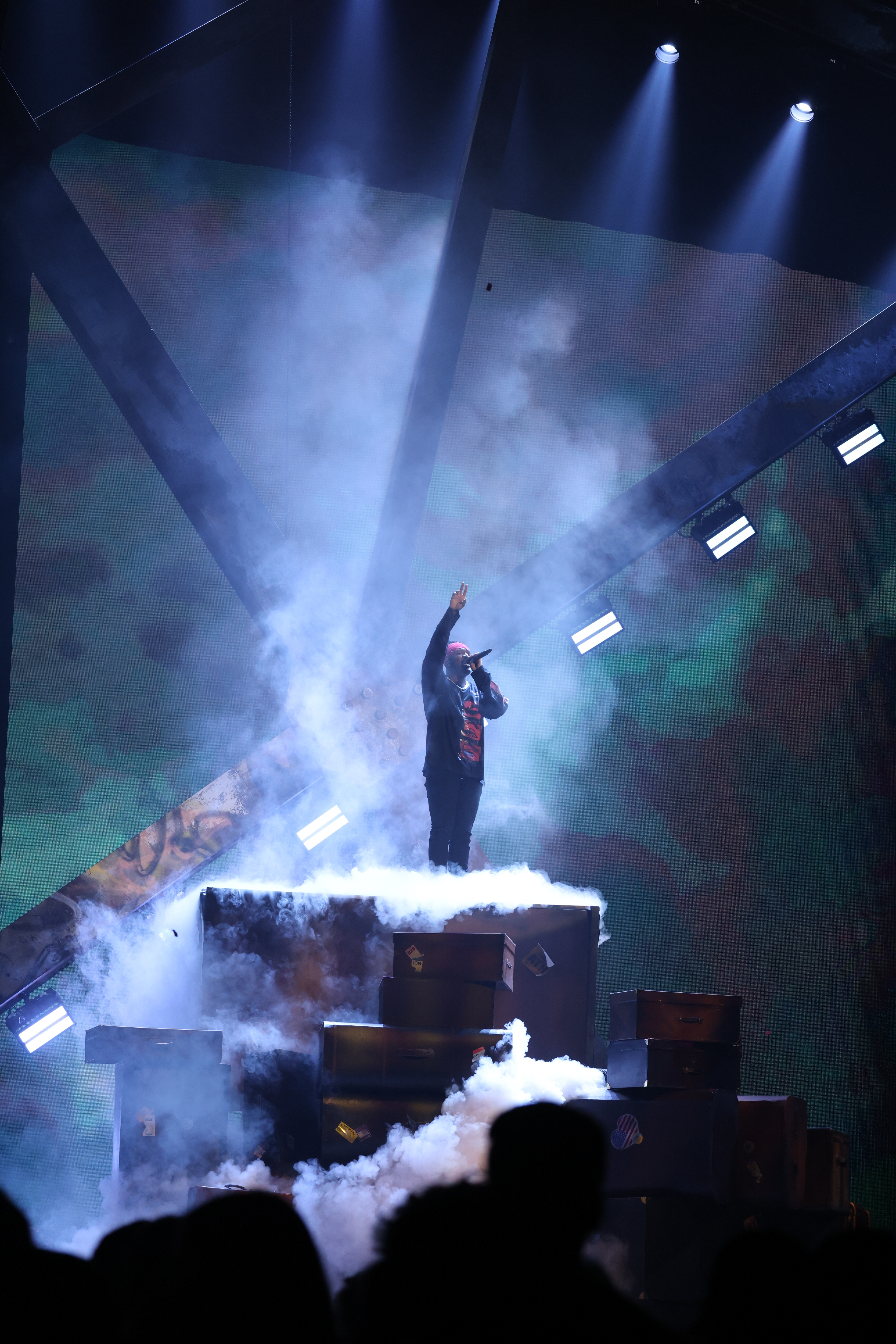 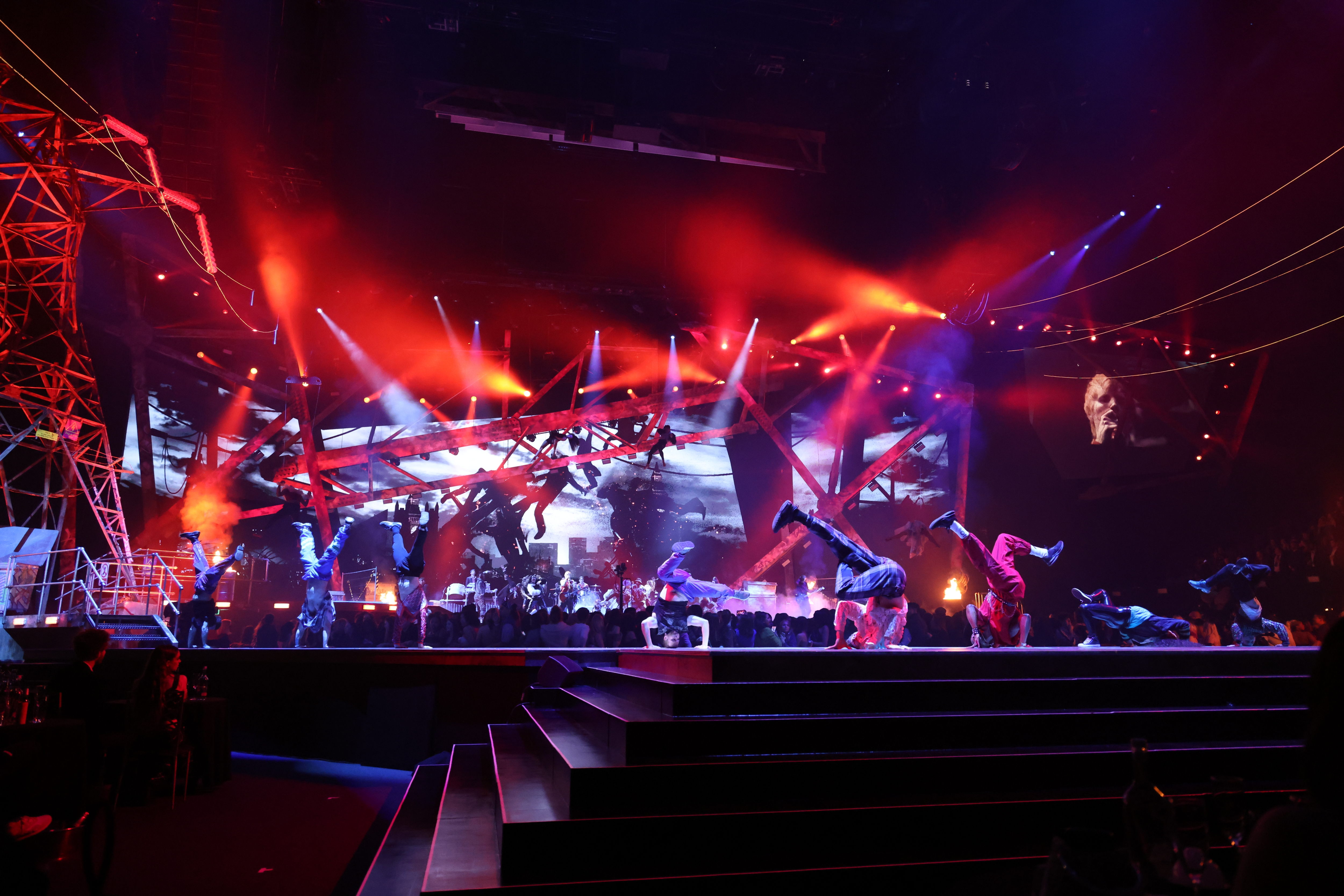