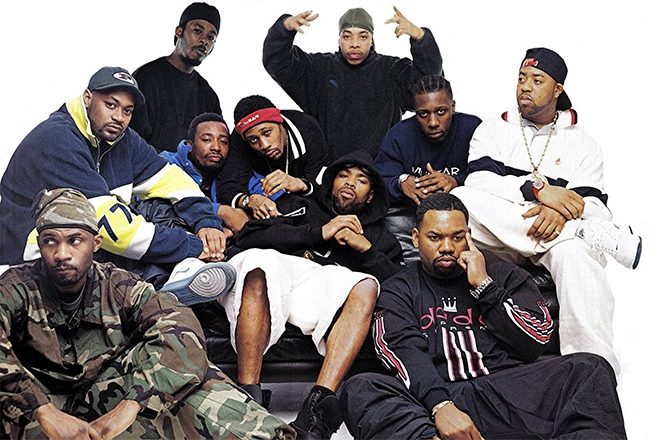 Today, RZA revealed that Hulu has ordered a straight-to-series show about the origins and rise of his seminal hip-hop group, Wu-Tang Clan.

Titled Wu-tang Clan: An American Saga, the 10-episode series is to be created, written and executive produced by both RZA and Alex Tse. Wu-Tang Clan member Method Man will also serve as an executive producer while GZA, Ghostface Kilah, Inspectah Deck, Masta Killah and the Estate of Ol' Dirty Bastard will all serve as consulting producers.

Based on the true story of the group's formation and ascent in the crack riddled streets of New York City during the early '90s, the series will set out to paint a picture of how the nine members of Wu-Tang Clan came together to create “the unlikeliest of American success stories.”

“I’m delighted to be partnering with Hulu and Imagine to explore the vast story of the Wuniverse,” said RZA in an interview with Variety. “Wu-Tang, through our music, has always strove to inspire as we entertain. This opportunity to continue the Wu – Saga in a 10-episode series will exponentially increase our inspirational style of entertainment. In the immortal words of ODB, ‘Wu-Tang is for the Children'."

In addition to this forthcoming show, RZA is currently producing a biopic about the late Wu-Tang Clan member, Ol' Dirty Bastard.

Information regarding the show's air-date has yet to be revealed.