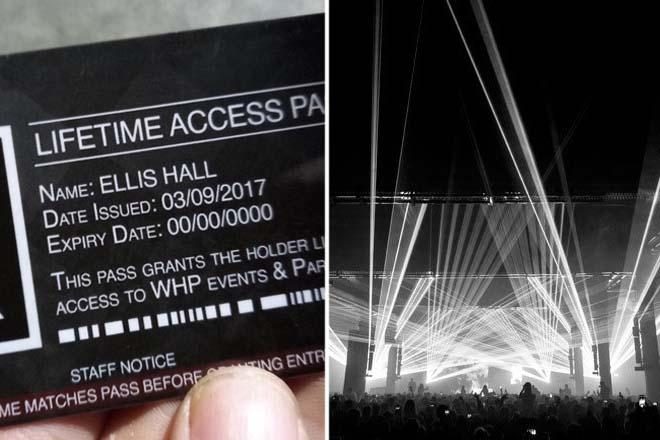 One very bold punter managed to bag himself a lifetime access pass to The Warehouse Project after attempting to get in using a fake one ahead of Adam Beyer’s Drumcode event over the weekend.

The chancer used the ballsy move on Saturday, October 16, where he showed the fake ‘lifetime access pass’ to security staff. It read: “this pass grants the holder lifetime access to WHP events and Parklife”.

Both the Warehouse Project and Parklife are headed up by Sacha Lord, the Night-Time Economy Advisor for Greater Manchester.

Read this next: Pill warning issued as man dies after falling ill at Manchester's Warehouse Project

At the bottom of the fake pass, a message reads: “Staff notice: *ensure name matches pass before permitting entry*”.

The cheeky trick landed the punter a real lifetime access pass after Sacha Lord noticed the punter’s attempt, and praised him for his efforts.

The WHP boss tweeted on Sunday: “A new one last night. Someone tried to get in, by making themselves a ‘Lifetime Access Pass to WHP and Parklife'. Caused a bit of confusion, but impressive!"

A new one last night.

Someone tried to get in, by making themselves a “Lifetime Access Pass to WHP and Parklife.”

Caused a bit of confusion, but impressive! pic.twitter.com/wmwhIuj35q

“Just as an update. I’ve been in contact with the little scoundrel and have given him Lifetime Access for effort. Funny genius,” he followed up, tagging the punter.

Joining in the Twitter thread, the reveller replied to Sacha’s tweets with “the greatest PSD I ever finished”. The tweet was also noticed by Eric Prydz, who replied with laughing emojis.

Read this next: The Chemical Brothers, Solomun, and Cici announced for new Warehouse Project shows

Warehouse Project returned at full force again this winter after getting the green light in May, announcing that it would return to its Depot Mayfield home by June.

This was subsequently moved to September due to ongoing restrictions, with line-ups including the likes of CHIC and Nile Rodgers, Supernature, Jayda G, Carl Cox, Honey Dijon, and Eric Prydz.