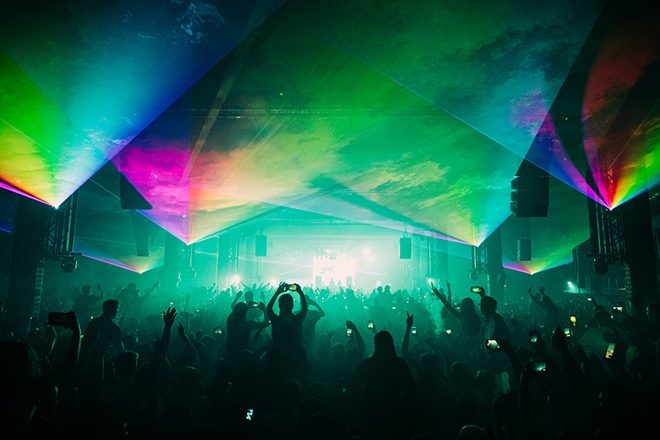 The Warehouse Project has announced the second phase of its 2021 program, with the line-ups for six new parties at the imposing Manchester venue revealed.

Speaking about the event, Cici said: "Really excited to make my return to the Warehouse. The WHP is always a special party for me, and somewhere I definitely look forward to playing, so it's a dream to be asked to be back."

The Chemical Brothers, who first met in Manchester, will also be making their debut appearance at WHP’s Depot venue for a dazzling homecoming show, bringing their next-level visuals and rave bangers on December 10.

Read this next: City selections: 50 tracks that define Manchester

Speaking to Sama' Abdulhadi about her appearance on November 5, she revealed: “10 year ago I went to one of the most memorable events of my life in the Warehouse Project. James Zabiela, Sasha, and Pete Tong. If you told me 10 years ago that i would be the one up there I wouldn't have believed it. It is so exciting!”

The Palestinian techno pioneer also spoke about how her heritage influences her style and career, saying: "In my sets I tend to use ambient sounds and loops from the Arab world.

"Freedom of movement is very difficult for Palestinians because they are living under occupation. Which makes international recognition of Palestinian artists very difficult," she added, noting the difficulties her compatriots face breaking into music, and tipping the following to check out: "YA Z AN, SINAN , YA HU, DAR, Darbak, Bruno Cruz, Yasmine Eve, Julic. The list goes on..."

View the full WHP calendar here. Tickets go on sale at 10:AM tomorrow morning, September 16, get them here.