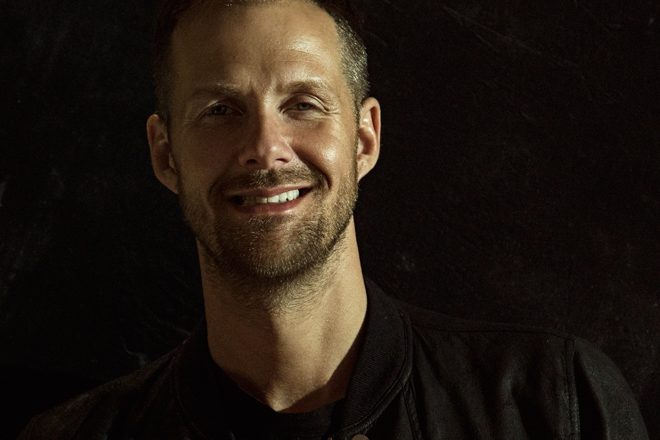 'No Defeat No Retreat' contains two tracks: the thundering big room techno of 'Park People' and the spacey roller that is the title track.

While he's been active while on the road, releasing a string of collaborative tracks, he's managed to get into the studio proper during a period of reflection in lockdown.

Check the title track below and find out how the EP came about from the man himself.

This is your first solo release in five years – why the wait?

I haven’t had a studio for many years because I moved house several times, then relocated to Ibiza. During that time, I’ve been occasionally working on music but only with my laptop and enjoyed collaborating with other Drumcode artists such as Bart Skils, Layton Giordani, Pig&Dan, Dense & Pika and more. Outside of this, heavy touring and managing family life has left me with little time to write. And to be honest, the quality of music I receive for Drumcode means it’s hard to find free space in the schedule. I’ve tried to use the last few months at home to be productive and to write a lot of music again. I’ve really enjoyed digging back through older pieces of music and through different styles to get inspiration. Now felt like the right time to release something.

You've found time to get some studio time in during lockdown. Do you think constant touring hampers creativity?

Yes, I do. When you’re playing a three-gig weekend and travelling across multiple time zones, it’s physically and mentally draining and generally leaves very little headspace for the creative writing process. That said, although I don’t release a lot of music, I’m always storing up these experiences – of different cities and sounds – to express through my productions.

This is a juggernaut-sized piece of techno. What did you have in mind when you made it?

I simply wanted to combine the old with new in the sense of using old samples that I hadn’t heard in years, combined with modern synth sounds and these tracks were the result. ‘Park People’ is for the peak-time, while taking reference from 80s Nu-Wave. ‘No Defeat No Retreat’ is more spacey and uplifting with strings and a deep vocal.

When do you think you'll be able to play this out?

Hopefully in the coming months. I’m scheduled to play BPM Malta, so I’m cautiously optimistic about that. Nothing is totally clear at the moment though. We’re in constant contact with the promoters who are following the latest advice from the government there. I miss DJing and it’s going to be very special when I get to do it again. But the safety of everyone and the wider community must be number one priority, so we’re taking it day by day.

What's one piece of optimism you can share with us during this time?

All the obvious negative aspects of the last few months aside, it’s clear humankind is going through a huge transitional period. It’s been something I have been thinking and talking a lot about. For those of us lucky enough to live in a safe and secure home, the lockdown period has offered a chance to pause and reflect on the state of the planet and realise we cannot continue on this same path. Everything happens for a reason and this powerful period of reflection and reckoning is something we badly needed.