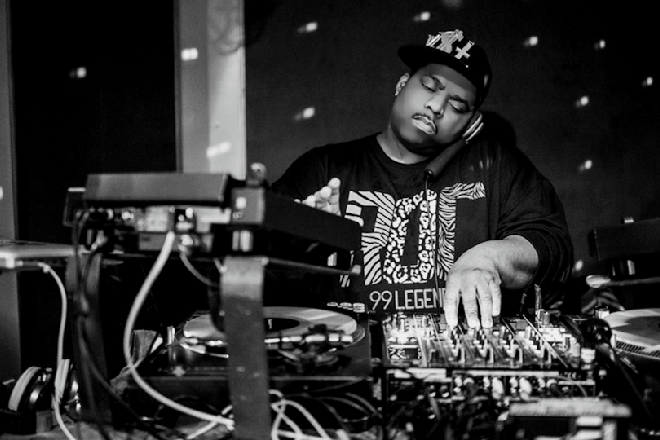 Vjuan Allure, a pioneer and icon in the ballroom scene who created the Ballroom Beatz genre, has died, according to reports from sources close to the artist, who was in his late 30s and living in Washington D.C.

No cause of death has yet been made public. Tributes have been pouring in from across the worlds of dance music and ballroom, with many paying respects to his remarkable influence.

Born in Puerto Rico and raised in New York where he was a battle dancer from the age of 11 and would visit legendary clubs like The Sound Factory, Vjuan Allure was pivotal in the development of the ballroom sound and popularising it in the global club scene.

He was one of the first artists to make music specifically designed for ballroom and voguing events, releasing remixes and original material he would ‘Ballroom Beatz’, featuring his producer tag "This is a Vjuan Allure Magnifique Elite Beat."

In 2000 he reworked Master At Work’s ‘The Ha Dance’ to create the ‘Allure Ha’, which went on to form the bedrock of ballroom music and inspire DJs like MikeQ and club music labels such as Night Slugs and Fade To Mind.

In 2016, speaking about his first time playing it, he said: “The inspiration behind this track is I was at my first gig in Detroit – it JUST happened to be a ball – which is totally different from playing anywhere else. I got ready for this event and planned what to play – very excited. The night of the event I played my ass off, only to discover the people at the ball weren’t moving … I was running out of stuff to play and didn’t want to get into the Ballroom stuff yet… so I played ‘The Ha’ and all hell broke loose, everyone got up and danced all over the floor, me being a dancer got pissed off because they could’ve been doing this to the 100s of other tracks I played. So when I returned home from that trip, I went into my studio room and began making the ‘Allure Ha’ – I used a shady voice, the beat was hot, it was perfect for the new style of Vogue that had become the top category at the balls – Vogue Fem… I returned to Detroit 2 weeks later, different ball, same club, same scenario, no one dancing – I put ‘The Ha; on – everyone danced and I cut the turntable off so it wound down to a drag – then played my track “You want to vogue femm, you want The Ha, well I’ll give it to you, but not like YOU remember it, Welcome to the Vjuan Allure Exclusive…..the Ha…..girls get ready!”… – and history began that night. The reaction was phenomenal after that, it spread like crazy, and when I returned home I continued making tracks…and haven’t stopped since.”

See tributes to Vjuan Allure below.

RIP Vjuan Allure 💔 Honestly one of the warmest and kindest human beings I ever met.. Absolutely gutted. The world just lost an icon.

Vjuan Allure is a literal icon. Also one of the sweetest and funniest people i have ever met. Sending love to everyone close to him because this one is rough. 🌹

Our heart and condolences go out to the family and friends of our beloved @vjuanallure This man was the incarnation of the best of Ballroom. His music, the beats, and the heartbeats of all of us in Ballroom created a symphony that will forever be the soundtrack of Ballroom.

I could count on receiving a text saying “DISGUSTING” at every ball we attended together, followed by a picture of my shoes from the DJ booth lol! Vjuan always affirmed me and how I present and show up in the world. Gone entirely too soon. Rest in Power, the Icon DJ Vjuan Allure. pic.twitter.com/4i8NHz02Zr

Vjuan Allure changed my life. I was 18 sneaking into Atlanta clubs to hear the ICON Vjuan Allure dj ballroom music for my first time. The way he commanded a room behind the decks blew my mind. His music and energy are forever unmatched. I'm lost and hurt from his passing.

one of the sweetest people i’ve ever met. great dj and incredible producer... made some of the hardest hitting tracks ever pic.twitter.com/P3GL7NOU0a

i cannot believe vjuan allure is gone.... my music would not sound the same without him......... i just cant handle this at all im extremely hurt

love to all of Vjuan Allure’s friends and family 🌹
an icon.