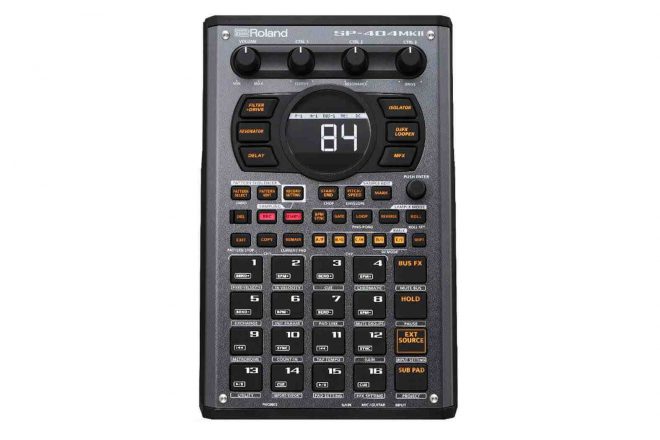 The iconic workstation sampler is set to include a long list of new features if the rumours are correct - with 17 velocity-sensitive pads, 32 voices of polyphony, an OLED screen for waveform editing, and an updated effect station.

One user on the Elektronauts forum listed all of the updates after catching the product listed on the Sam Ash music gear website - which was quickly taken down. The original poster manage to capture a quick screenshot of the leaked product.

Read this next: The Roland TR-727 and 707 have been added to Roland cloud

“The SP-404MKII has everything people love about its predecessor—with some serious upgrades,” the user re-posted from the Sam Ash website.

“People who make music with SP samplers love the rapid workflow, portability, and tactile approach they offer,” reads the leaked post. “The SP-404MKII takes this experience even further, retaining the lightweight-yet-rugged design while adding features that make it even easier to create in any scenario.”

More features are set to include improved loading speeds for both project loading and start-up of the cassette itself, while the upgrade will also allow for 16GB of storage.

Most known for its use by lo-fi beatmakers, the cassette is also said to include “Lo-fi, Cassette Simulator, and Resonator” effects in the updated edition.

“Process, flip, and twist your sounds with legendary SP effects and a selection of new classics. SP staples like Vinyl Simulator and DJFX Looper are now joined with powerful additions,” the description continues.

The speculative price of the new Roland SP-404 MkII was originally thought to be $600, but has since been updated to $499.