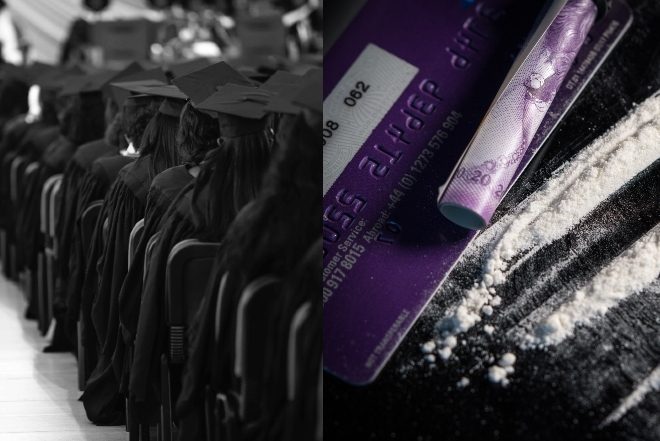 A new study argues that a zero-tolerance approach to drug-taking at universities causes more harm than good.

The study, titled Illicit drug use in universities: zero tolerance or harm reduction?, was published by the Higher Education Policy Institute today.

Read this next: Students have launched a programme to give out free drug testing kits

It argues that an approach based on public health and focused on harm reduction is a much better way to actually help students who use drugs.

Split into sections, the report paper advocates for a more permissive and outcome-oriented approach to illegal drug use on campuses. In circumstances where students are unwilling or unable to stop taking illicit substances, this prioritises reducing drug harm over preventing drug usage.

It addresses the gap between the actual use of illicit substances versus the image of drug-taking that many decision-makers have. They aim to bridge that gap and to give the decision-makers a better understanding of the realities of drug use to have a better framing of the issue.

The study that as a large number of students experiment with narcotics- higher education institutions should assist people in coming forward for aid in getting off drugs by "providing an enabling environment."

It also suggests that having a health-based approach, rather than treating drugs as a criminal issue, would be in the best interest of all those who are impacted by it. The report asks that the topic of narcotics should be re-contextualised into conversations about mental health, wellbeing and other public health matters.

Arda Ozcubukcu, co-founder and director at NeuroSight and one of the authors of the report, said: "If students aren’t asking for help in a life-threatening situation because they worry about punishment, then that’s a big problem. We all want students to be safe.

"Harm reduction based approaches can literally save lives. Tolerating drug use might feel uncomfortable but what matters is the outcomes. This is a complex problem which cannot be reduced to the presence or absence of drug use.

"Universities have the opportunity to bring the nuance needed to address this problem and set an example to other institutions."

Adding to this, Graham Towl, Professor of Forensic Psychology at Durham University and the other author of the report, said: "The higher education sector already seems to be moving away from the blunt instrument of “zero tolerance” to a more evidence-informed approach in tackling our problem with illicit drug use among students.

"The tide is turning and we have an opportunity to make a difference in terms of securing better outcomes for students in need of help. Our work in this area will also more than likely save student lives too – what could be more important than that?"

Read this next: The UK government's war-on-drugs style policy is out of touch and causing harm

In January, Mixmag published a piece arguing that on a national scale a war-on-drugs style zero tolerance policy will cause more harm than good, and that drugs as a whole should be seen as a health issue rather than one belonging to the criminal justice system. Read more about it here.

Check out the full report by The Higher Education Policy Institute here.