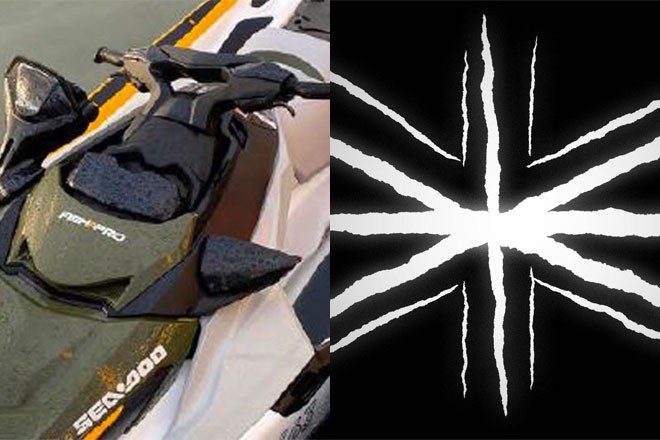 Two men have been jailed for trying to smuggle cocaine into the UK on a jet ski.

Steve Brogan, 36, and Anthony Reilly, 34, were on on the return leg of a journey that saw them jet ski to the Netherlands to pick up 2kg of coke.

However the pair ran out of fuel in the North Sea as they made their way back to the UK on September 30 last year and had to be rescued. They were subsequently arrested after members of the helicopter crew who airlifted them to safety reported their suspicious behaviour to police, reports Sky News.

The men, who are both from Lancashire, embarked from Suffolk on a jet ski to the Netherlands. They carried £200,000-worth of cocaine in a backpack back to the UK but had to ask the crew of a survey vessel for some fuel when their jet ski ran out of gas.

The crew of the vessel refused and Brogan and Reilly were recused by an RNLI Lifeboat and a HM Coastguard helicopter after showing signs of hypothermia and exhaustion.

Read this next: How British cocaine dealers got faster and better

Brogan told police officers that he had been "fishing by jet ski but ran into difficulty when they ran out of fuel" although officers found 2kg of cocaine in the backpack belonging to the two men.

A van and trailer registered to Brogan were found with maps of the North Sea, a pick-up point in the Netherlands, tide timetables, a mobile phone and diving equipment.

The men admitted to importing class A drugs and were sentenced to a combined total of 14 years and six months in jail at Ipswich crown court earlier this month.

"A package of two kilos of cocaine was collected and in what could be described as a daring enterprise you sought to come back across the sea with a jet ski," the judge said.

The court heard that Brogan is a successful boxer who worked to help children in his local community and that Reilly is a qualified plumber who had been out of work since the start of lockdown in 2020.

Reilly told the judge that the attempt to smuggle cocaine into the UK had been a "lifechanging mistake".

Read this next: This is how MDMA first reached the UK