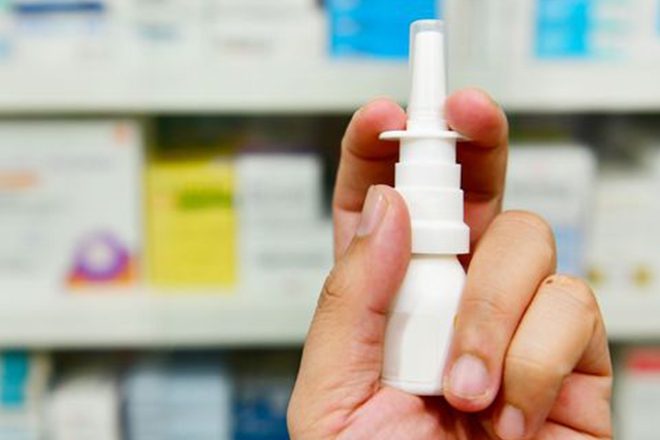 US president Donald Trump has reportedly expressed his enthusiasm for the new fast acting anti-depressant nasal spray derived from ketamine, known as esketamine, and has put the provocative drug on a fast track at the Department of Veterans Affairs (VA).

The new "miracle drug" was given FDA approval back in March after a joint FDA advisory committee voted 14-2 to approve the drug for release.

The drug esketamine provides "a quick molecular reset button for brains impaired by stress or depression." Initially developed as an intravenous drug, Johnson & Johnson (J&J) has developed a nasal solution called Spravato that has the same effect. The various analysis of the drug estimate that Spravato could earn $600 million for the company by 2022.

The initial study of the drug involved 68 people at high risk that were all antidepressants and other treatment - no placebos were used on actively suicidal patients. Of those who were given esketamine, 40 per cent were deemed "no longer at risk of killing themselves within 24 hours."

During these drug trials back in 2017, The VA and J&J's relationship deepened and after joining forces for a new suicide prevention campaign, the VA stated that it would “undertake new clinical trial processes in hopes of providing access to the latest and most innovative treatments to help veterans in need.”

There are approximately 20 suicide deaths every day among US veterans and after three veterans killed themselves back in April on Department of Veterans Affairs health care properties, Trump announced an aggressive task force to address the issue.

As Trump and the VA start to fast track the drug in order to get it into the hands of veterans in need, some alarming discoveries concerning the esketamine started to surface. While many FDA officials and medical professionals tout the benefits of Spravato, some researches source evidence from drug trials that show the drug not working on people over 65, an age group that makes of 52% of the VA’s patient population. The other major concern is the cost of it all at nearly $7,000 for the first months of treatment at nearly $900 per dose for a single patient. Despite this, Trump has offered to help senior VA officials negotiate the purchase of the drug. “I think they’ll be very generous with you,” Trump told Veterans Affairs Secretary Robert Wilkie during a White House meeting on opioid abuse last week.

Many medical professionals and researchers have also cited the dangers of treatment. Side effects like sleepiness, blood-pressure hikes and dissociation are so significant that patients must stay in the doctor’s office for two hours and cannot drive for 24 hours after receiving their Spravato infusion. With the introduction of the drug moving at such a rapid pace, many VA offices do not have the proper training and equipment to deal with hallucinatory, cardiac and respiratory problems.

Some find the sequence of events involving Spravato unsettling. VA staffers have said that the pressure from higher-ups that seemed directly related to their perception of Trump’s interest has made them feel uncomfortable, but the drug has not yet administered to any patients. A VA panel that determines which drugs the VA carries and prescribes will vote Wednesday on the depression drug.

New variation of ketamine to be approved by FDA for treatment of depression
The rise and fall and rise of ketamine
We survived Ketamine: The Musical