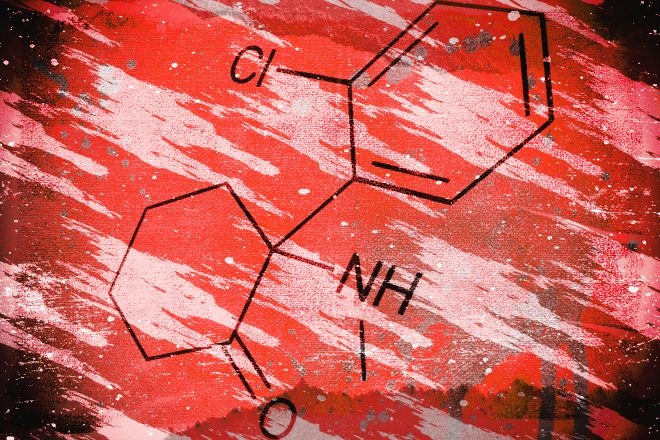 Back in July of 2017, the world's first ketamine trial for depression proved to be “incredibly effective” in curing elderly patients. The drug, often referred to as Special K, is a popular substance found clubland culture, but recent breakthrough studies and the development of chemical variations of ketamine has shown that the drug is a powerful tool that can help save lives and allow people to live life to the fullest potential.

According to Bloomberg, the Food and Drug Administration (FDA) has cleared the way for the first drug based on ketamine, from Johnson & Johnson, to gain approval as soon as March 2019. The ketamine variant, called esketamine, may very well become the first-ever rapid-acting antidepressant for suicidal patients and “treatment-resistant depression”. While physicians are still unsure about the long term effects of the drug and more trials need to be conducted in order to get to the root of its effectiveness, many doctors think esketamine may be "the biggest breakthrough in depression treatment since Prozac".

The long-form story published in Bloomberg tells the stories of multiple people who have benefited from ketamine treatment and how the rapid development of this new miracle drug is being used to combat the skyrocketing rate of suicide in the United States (up 33 per cent in the last 20 years).

The drug esketamine provides "a quick molecular reset button for brains impaired by stress or depression". Initially developed as an intravenous drug, Johnson & Johnson has developed a nasal solution that has the same effect. The initial study of the drug involved 68 people at high risk that were all antidepressants and other treatment - no placebos were used on actively suicidal patients. Of those who were given esketamine, 40 per cent were deemed "no longer at risk of killing themselves within 24 hours".

As physicians and investors race to find out more about this supposed miracle drug, concerns remain that a new abuse crisis - similar to that of the current opioid crisis - may arise following federal approval of the substance.

Check out the captivating story behind these successful studies here

Find out how we survived an unconventional, silly, hilarious and definitely brilliant musical about ketamine here.