A musical about ketamine is unconventional, silly, hilarious and definitely brilliant.

A giant bag of ket floating above the audience? Check.

A woman hanging from the rafters giving birth to keys? Check. 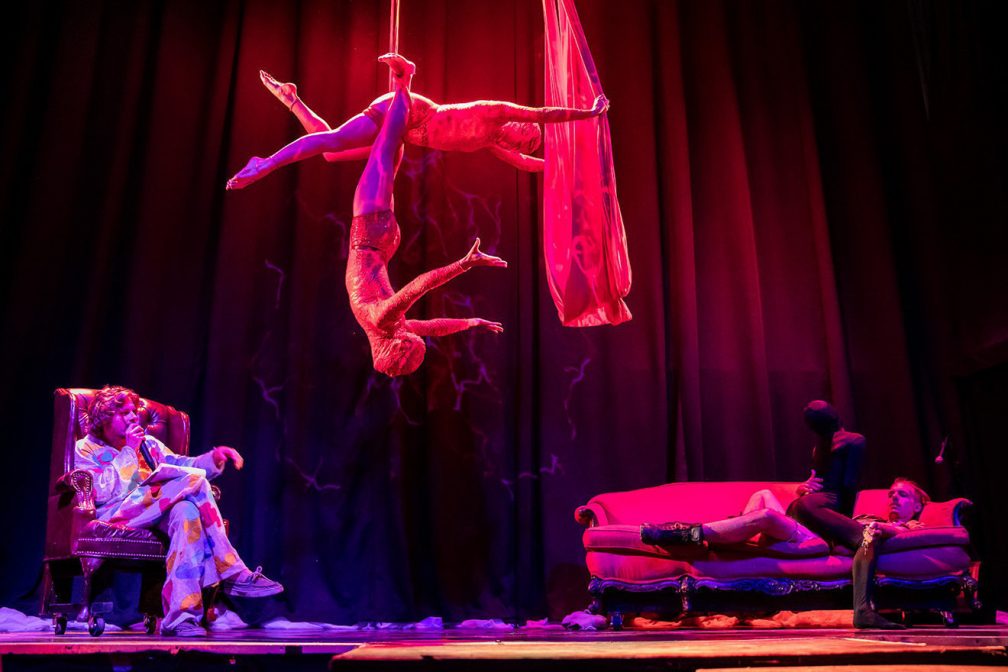 But wherein does the brilliance come in? Yes, when a musical focusing on ketamine announced its impending arrival in New York, it wasn't what most expected, but a lighthearted approach to the culture surrounding ketamine use is beneficial, especially since education and awareness is key when dealing with drugs of this nature. That being said, Ketamine: The Musical undoubtedly pushed the boundaries of performance art and was a wild ride that no one could have expected.

The bohemian collective at House Of Yes in Brooklyn are known for going against the grain and marching to the beat of their own drum. Their events tend to focus on presenting a surreal and immersive atmosphere, taking the audience away from reality. So why put together a show about ketamine?

The idea was born when the crew was acting especially eccentric at a festival. A bystander who noticed this remarked, “What is this, Ketamine, the musical?” The dissociative drug produces a sensation of being detached from the physical world, causing users to feel like they are in a mushy trance.

However, the resulting performance of the musical was not lacking in energy whatsoever, and in fact, was quite the opposite.