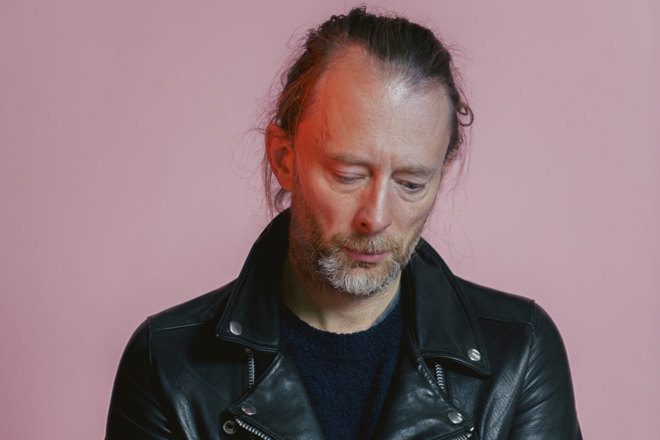 After a week of piqued curiosity and feverish rumors, it has been confirmed that Thom Yorke’s next solo album ‘ANIMA’ will be released next week, June 27, on XL. He crafted this dystopian ode with Radiohead’s longtime producer, Nigel Godrich.

The theme for the LP was initially teased during an interview with Crack Magazine, before mysterious advertisements appeared across the globe for a company called “ANIMA Technologies” claiming to be able to “get your dreams back.”

In addition to the album, Yorke has collaborated with Paul Thomas Anderson to produce a “one-reeler” to accompany the release. In a one minute teaser, Yorke defines the form as “a motion picture, especially a cartoon or comedy, of 10-12 minutes duration and contained on one reel of film; popular especially in the era of silent films.” Three tracks from ‘ANIMA’ will be the audio accompaniment to the one-reeler, which will be released on Netflix on June 27 as well.

A sneak peek of the one-reeler will be played in select IMAX Theaters on June 26. Fans can sign up to receive free tickets to one of the showings here.

The digital record features nine songs, with bonus track ‘Ladies and Gentlemen, Thank You for Coming’ on the 12” vinyl release. Yorke’s last studio LP, ‘Tomorrow’s Modern Boxes’, came out in 2014, making this latest EP his first solo project in five years. Yorke will be starting an international tour in early-July. See below for dates and details.

‘ANIMA’ is available for preorder here.

Thom Yorke on BREXIT: "An action worthy of the early days of the Third Reich"