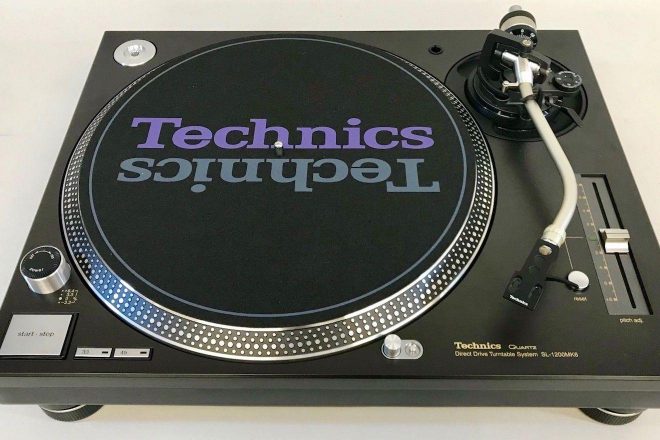 Renowned audio equipment company Technics is rumored to unveil a new turntable in its iconic SL-1200 series at an event this weekend in Las Vegas.

Taking place January 7 during the annual CES trade show, Technics is hosting an event at Club Hyde in the Bellagio Hotel called Technics7th. According to the company, "the event will focus on the SL-1200 Series with performances by globally renowned DJs who are also fans of the legendary series," including Kenny Dope, Derrick May, Cut Chemist and DJ Koco.

What prompts vinyl enthusiasts and DJs to speculate on rumors of a new SL-1200 turntable is the heavy branding revolving around the number seven. The last DJ and budget friendly SL-1200 turntable to reach the market was the SL-1200MK6 (pictured), released in 2007. Which means a SL-1200MK7 could be next in line, following the Technics relaunch in 2016 with a model that was heavily criticized for its £1,299 price tag.

While this news is exciting for vinyl DJs, a new DJ-friendly turntable would be contrast to what the creative director at Technics, Hiro Morishita, told the New York Times in 2017. He expressed that the company’s focus is MORE centered on general listening consumers: "DJs are fine, too, but as a marketing target it’s problematic. We don’t want to sell the 1200 as the best tool for DJing. The 1200 is the 1200.”

While no official word from Technics or its parent company Panasonic have been shared, the public can look for the rumors to be addressed in the coming days.

New chapter just started spinning. What are your wishes? #technics7th #2019