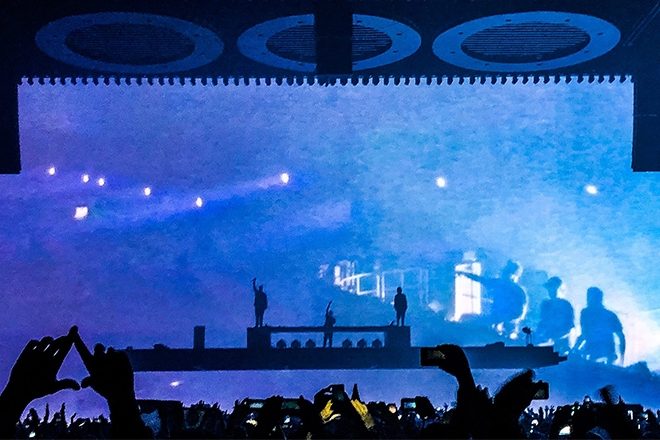 The iconic electronic music trio Swedish House Mafia are back in action after kicking off their upcoming world tour with three comeback dates in Stockholm.

The trio has been spending a fair amount of time in the studio after being signed to Columbia Records, meaning new music from the EDM supergroup seems imminent. Ahead of their mighty world tour, Swedish House Mafia revealed their first new single in years during the group's first show in Sweden's capital.

Supposedly titled 'Underneath It All', the track has an underlying euphoric tone and lyric-driven essence that brought the audience to the awakening they’ve been waiting for. Differing to previous works, a lighter drop characterizes the song - making it a rather stunning piece of music.

A fan caught the entire track on video which can be watched below.