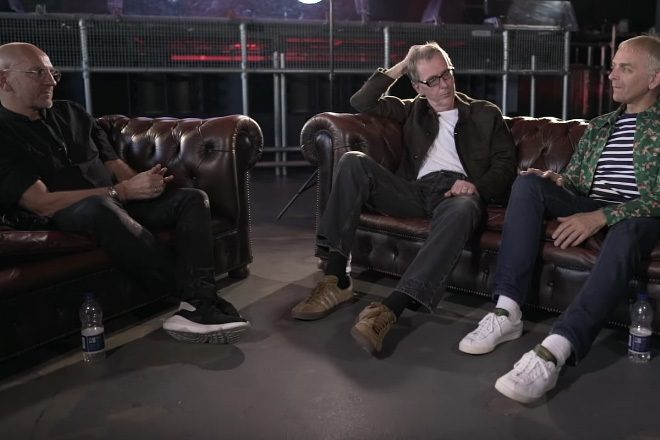 Sven Väth and Underworld sat down together for a Mixmag Originals video recently, chatting about everything from vinyl and Ibiza to marathon DJ sets.

In the video, Sven initiated the conversation about extended sets. “After 6 hours, the fun starts," he said. “After 12 hours, it’s getting really interesting.”

That led Underworld's Karl Hyde suggesting they follow in the Papa's footsteps and carry out a "10 or 12-hour set" together.

Sven explained it’s the driving force of the music that gets him through the sets without getting tired. Hyde similarly states that he gains his famous live energy upon feeling that first kick drum in their set.

The two dance music giants have known each other since 1994, with the conversation bringing up lots of memories, as well as their mutual love for techno.

Sven spoke of how he used to play tunes like Underworld’s 'Born Slippy' and 'Rez' at his now-defunct Frankfurt club Omen. “They were the Omen classics”, he says to the British dance duo, stating there was “not a night without one.”

For the record fellas, we're definitely keen for that marathon set.

Check out the full conversation below.

The Cover Mix: Sven Väth
Ibiza love: The White Isle has informed everything Sven Väth has done since 1980
The Evolution of Underworld
Get the best of Mixmag direct to your Facebook DMs