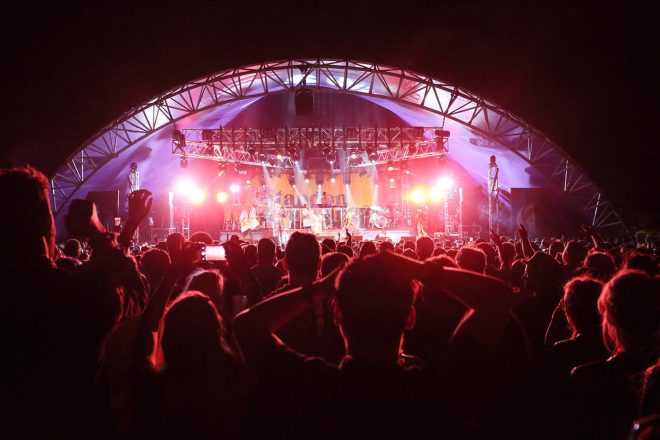 Standon Calling was called off on Sunday due to weather issues, including heavy rain, flooding and chances of lightning.

The Hertfordshire festival, which took place over the weekend, was cancelled during its final day.

Festival-goers were helped off-site by organisers and local police across the final evening of the long weekend. Transport options were offered to those intoxicated or unable to access lifts or public transport after roads became considerably blocked around the area.

The Hertfordshire event had 15,000 people in attendance since gates opened on Thursday, yet flood warnings meant they were forced to cancel the event midway. Attendees were encouraged to leave their belongings on-site and return to gather them this morning.

Read this next: Snapped: Standon Calling

“Your safety is our top priority,” the festival announced on Twitter, before proceeding to provide updates on how to exit the Standon grounds safely. They advised guests to “please stay as warm, hydrated and dry as possible” whilst still outside.

Footage across social media shows the extent of the weekend’s weather issues, with punters sliding through mud baths and walking through flooded pathways.

Taking place each summer since 2004, this year’s Standon Calling was the first back after last year’s Covid-19-related cancellation. The line-up included Sister Sledge, Hot Chip and Sherelle, among others. Acts due to play on Sunday included De La Soul and headliners Primal Scream and Craig David.

Read this next: UK festivals risk cancellation due to 'pingdemic'

The cancellation follows other concerns that UK festival season is in jeopardy, from the lack of government support for the industry to the more recent so-called ‘pingdemic’ associated with the NHS Track and Trace app, which is causing hospitality staff to isolate.