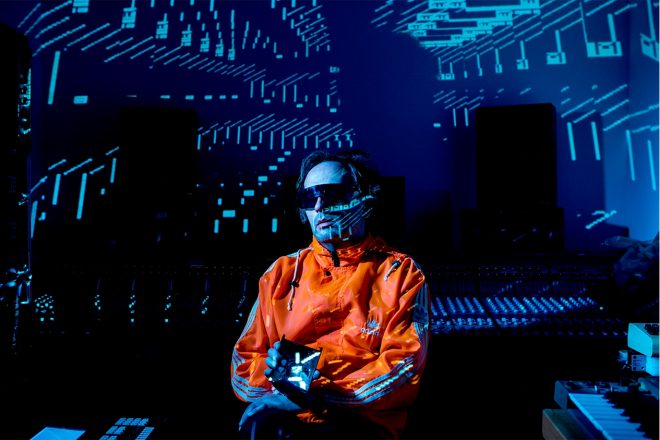 Squarepusher released a new AR-style video for his track ‘Terminal Slam’. His hotly anticipated album ‘Be Up A Hello’ was released on Friday via Warp.

The video for ‘Terminal Slam’ was created by world-renowned visual artist Daito Manabe, and uses AR to create a dystopian world where people become visual feedback loops and on-screen advertising intrudes into the real world.

Read this next: Squarepusher’s first album in five years to come via Warp

It syncs with Squarepusher’s intense audio, the bleeps and blips of which combine to create a world in which the uncanny valley is the norm.

It premiered at midnight on January 30 on one of the large TV screens that hang over Tokyo’s Shibuya Crossing, thought to be the busiest intersection in the world.

Read this next: The first names for Bangface Weekender 2020 have been revealed

Squarepusher and Daito Manabe have previously collaborated together on Z-Machines, a project in which Squarepusher aimed to challenge the thought that music made by robots and machines couldn’t be emotional.

Manabe has previously also collaborated with Björk and Nosaj Thing.

Read this next: Flying Lotus: “I listen to ‘Drukqs’ all the time. There’s something about it - the craziness, the piano and everything else’

Watch the video for ‘Terminal Slam’ below.