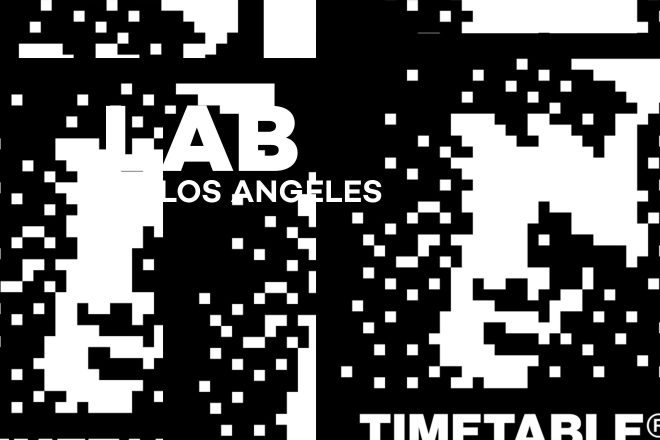 The Lab LA is Mixmag's weekly live stream and post-work unwind, powered by Void Acoustics, where we showcase the finest DJs direct from our Los Angeles office. This Thursday, July 18, LA beat scene pioneer Nosaj Thing and his Timetable Records partner 4THSEX make their debut in The Lab LA.

Los Angeles native Jason Chung, better known as Nosaj Thing, has been making music on the computer since he was 12 years old. Following the release of his universally acclaimed debut LP 'Drift' on Alpha Pup Records, Nosaj Thing became a frequent performer at Los Angeles' iconic Low End Theory alongside the likes of Flying Lotus, Daddy Kev, TOKiMONSTA and more. It was in 2013 that he founded his Timetable Records imprint - a creative home of international artists representing "a cross-section of music, design, and interactive media." After a two year hiatus, the label is back with their wicked 'Timetable Vol.2' compilation which features contributions from up-and-coming producers from Japan, France, California and beyond.

One of the most respected figures in the Los Angeles underground streetwear and high fashion scene, the French-born art director, designer and DJ-producer Jean Marc Virard (aka 4THSEX) has recently dropped his debut Timetable Records EP, 'Youth Evaluation'. In support of this release, 4THSEX will be performing a brand new live set at The Lab LA. The EP is a breaks-driven exercise that uses mixed-bag of astute and stylish r'n'b, garage and hip hop influences that "pays homage to the way that adolescent minds reinvent themselves and the world." Combining futuristic and vintage aesthetics in both his music and menswear, 4THSEX shows us that he always has his finger on the creative pulse.

Timetable Records affiliate Damar Davis will be on opening duty. Lock into his sound here.

For a chance to attend The Lab LA, submit your RSVP here. 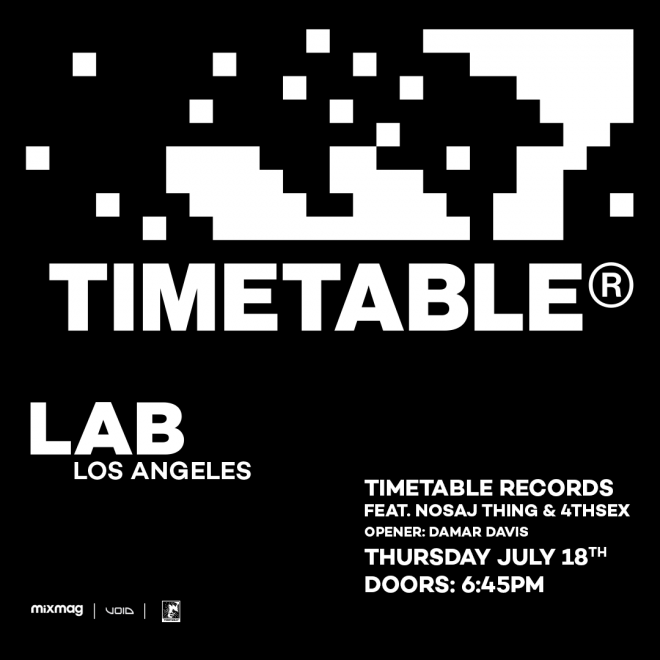