Flying Lotus: "I listen to ‘Drukqs’ all the time. There’s something about it – the craziness, the piano and everything else" - Cover stars - Mixmag
Home Latest News Menu

Flying Lotus was born to be on Warp. Real name Steven Ellison, the great-nephew of jazz greats John and Alice Coltrane has been making surreal, wildly experimental beats since he bought his first Roland MC-505 Groovebox at the age of 15. He released one album (‘1983’, named for the year of his birth) on indie label Plug Research in 2006 before fulfilling his destiny to sign with Warp the following year. Since then he’s put out five albums with the label, starting with the textured soundscapes of 2008’s ‘Los Angeles’ (named for the place of his birth). Follow-ups ‘Cosmogramma’ (2010), ‘Until The Quiet Comes’ (2012), ‘You’re Dead’ (2014) and ‘Flamagra’ (2019) have established him as one of the world’s most inventive beatmakers, able to integrate elements of prog, jazz, hip hop, r’n’b and club music into one dizzying whole. In 2016 he made his feature film debut, directing the body horror comedy Kuso, while in his live performances he’s pioneered the use of 3D visuals, creating shows which are, like his music, truly psychedelic and constantly evolving. 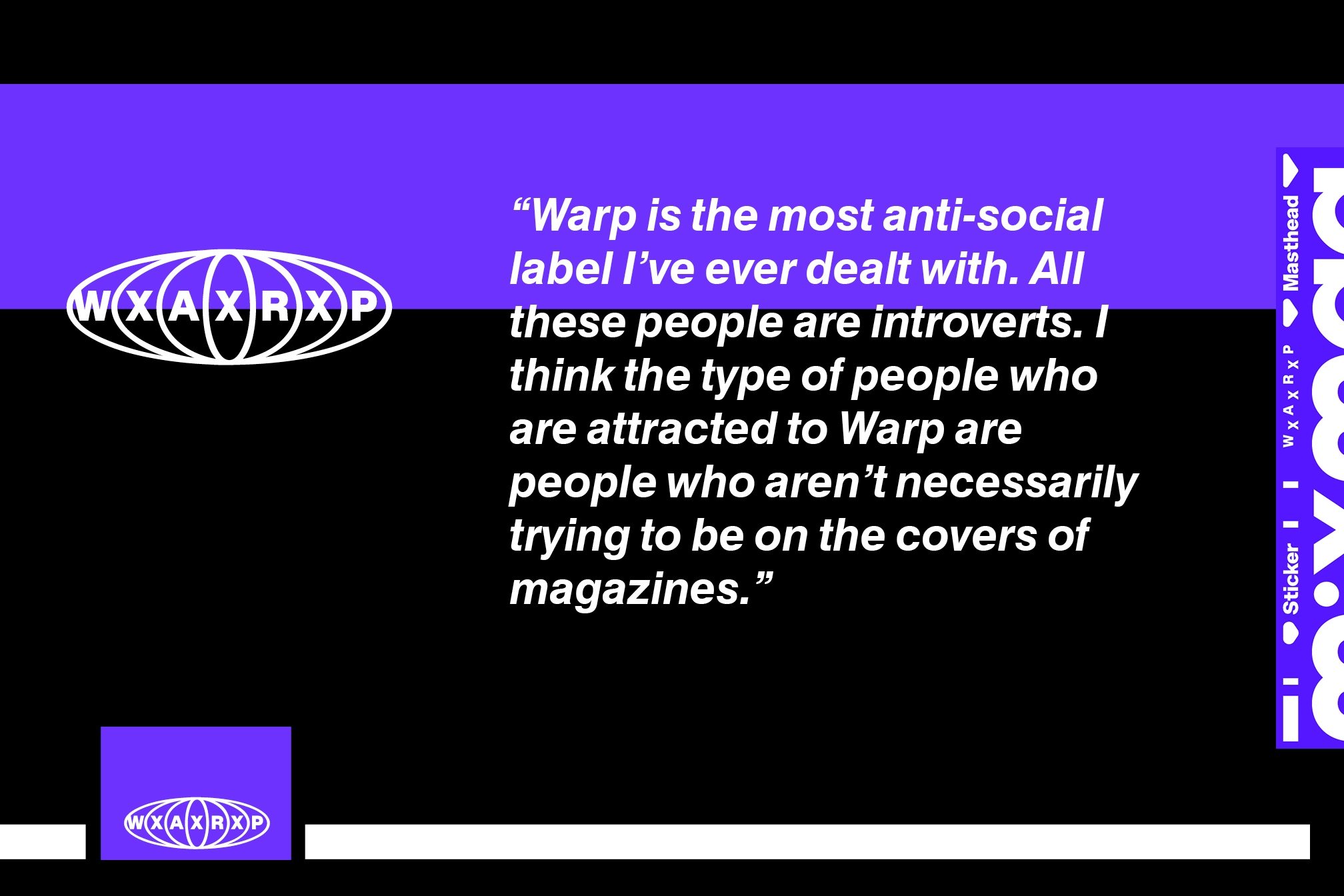 What was the first Warp record you ever heard?

“I knew Warp music without knowing the label for a long time. When I was in college I really started digging into electronic music. I was already a fan of Aphex, Squarepusher and Broadcast without knowing they were on the same label. When I was a kid, I didn’t care. I was just like: ‘Who’s making music? Who cares who’s putting it out?’”

What was it like when Warp approached you about working together? How did they discover your music?

“I think it was kind of a perfect storm. People at Warp had their ears to the ground, and then I played a party with Prefuse and I think after he heard some of my stuff he was like: ‘Warp should sign you.’ It was a whirlwind at that moment. I was talking to a bunch of different labels trying to figure out what I was going to do, but Warp made the most sense. It has an amazing legacy. I felt that if I were working with them I’d definitely be working with people who knew electronic music and its history. They care, and treat it like it’s a serious thing and not just a fad. That’s something I was really concerned about. In the early days of the beat scene there were a lot of people who were trying to latch onto it as a trend. I was really wary of that, and protective of my music. We built that scene, so I didn’t want it to be in the hands of people who were just on vacation. Warp made me feel like they were going to take it seriously.” 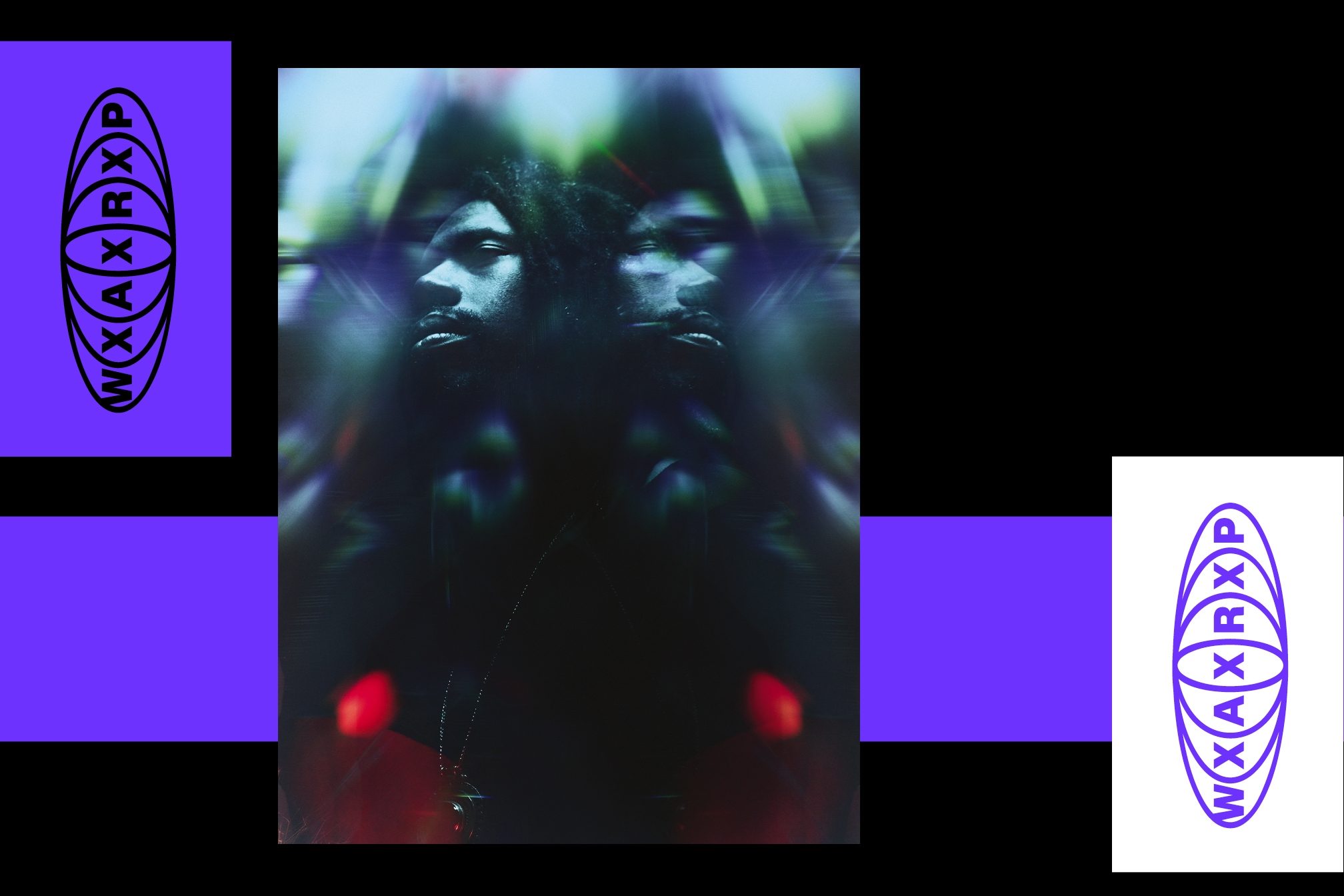 Where’s the most interesting and innovative music coming from these days?

“That’s a tough one, man. I can’t say there’s one place because there are so many – and so many people. I ask my friends: what’s the hottest stuff on the radio? What’s the killin’ club stuff? Who’s killing it in techno right now? I need to know. If I look at the things I’ve pulled up on my Spotify lately it’s all new music, but it just depends on my mood.

The most interesting stuff to me can be the way someone plays a piano. It doesn’t have to be the wooshiest electronic music. You know how it is. For a music fan, it’s all in flux depending on where our heads are at. It’s a good time for that! There’s limitless music.”

“‘Drukqs’ [by Aphex Twin, 2001]. That album is just so amazing – I love it. I listen to it all the time, even still. There’s something about that sound. It’s not just the craziness, it’s also the piano and everything else. All the things that the album is about are very Warp. All the places that it goes. It was all-encompassing – classical and electronic – and I think Warp do that. All of it. All the weirdness, all the melodies, all that shit.” 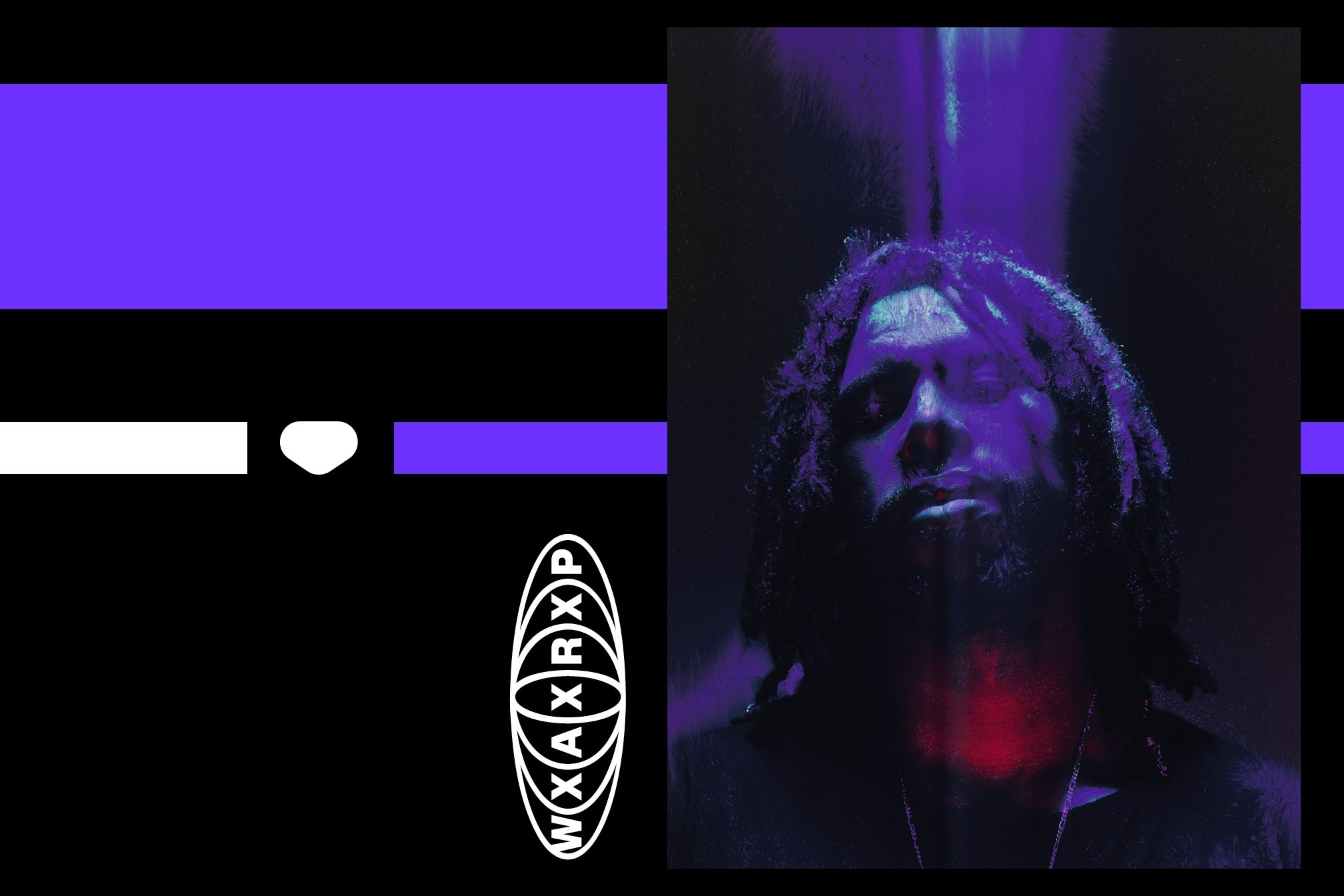 Do you hang out with other Warp artists? Is it a social label in that way?

“I would say it’s quite the opposite! It’s the most anti-social label I’ve ever dealt with. All these people are introverts. I think the type of people who are attracted to Warp are people who aren’t necessarily trying to be on the covers of magazines. Truly, you know? We’re actually trying to say something, and then if those things come around we’ll be like: ‘OK, I’ll do the cover!’ [Laughs]

I love Warp. Warp’s cool. They’ve been good to me. We’ve made a lot of cool things happen, and they’ve been there and supported me when I’ve had my crazy ideas.”

Speaking of crazy ideas, your recent tours have used cutting-edge 3D tech to create a really distinctive visual aesthetic. Is that as important as the music to you?

“To me, it’s an extension of it. I’ve always wanted my music to have a visual element to it that was interesting and dynamic and cinematic. I think the incarnations of the show so far have been really interesting, especially from my perspective. I don’t get to see it. I watch everybody watch the show, and seeing everyone’s faces it’s feels like they’re in awe.

It’s really cool. I feel like it’s part of what I’m here to do. I’m actually trying to figure out the next version of it at the moment. I want to see where I want to take it.” 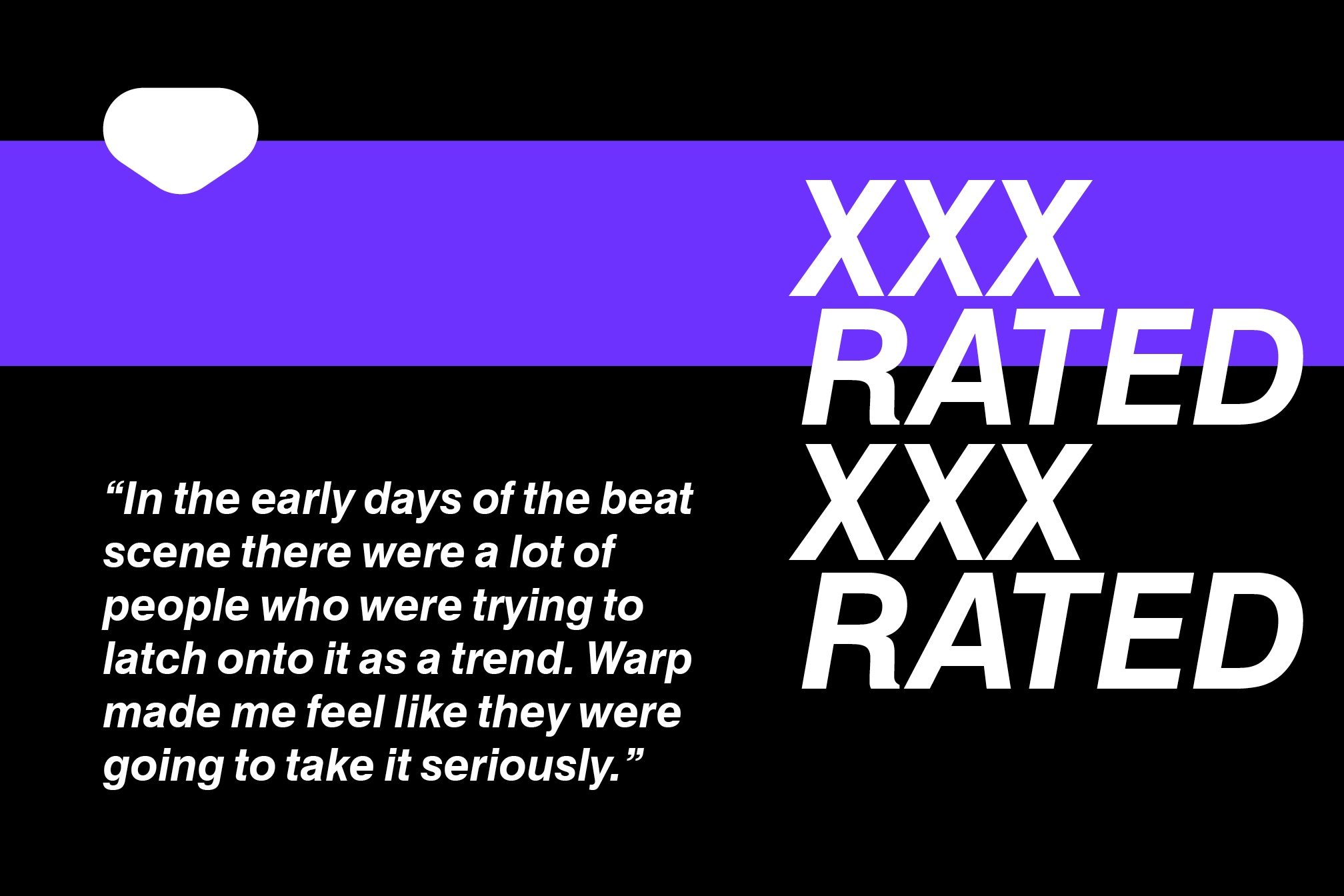 What is the next step, do you think?

“Man, I can’t tell you! If I tell you people will be trying to steal my shit!”

Fair point. What about music, when do you think we’ll hear new stuff?

“I will say that I expect to be releasing a lot more music in the near future. I’ve been making a lot of stuff so it’s not just gonna sit here.”

Will that be another LP?

“I don’t know yet. I hope so, but it’ll just be whatever happens naturally. I’ve got a lot on my mind, so naturally it’s going to come out somehow.” 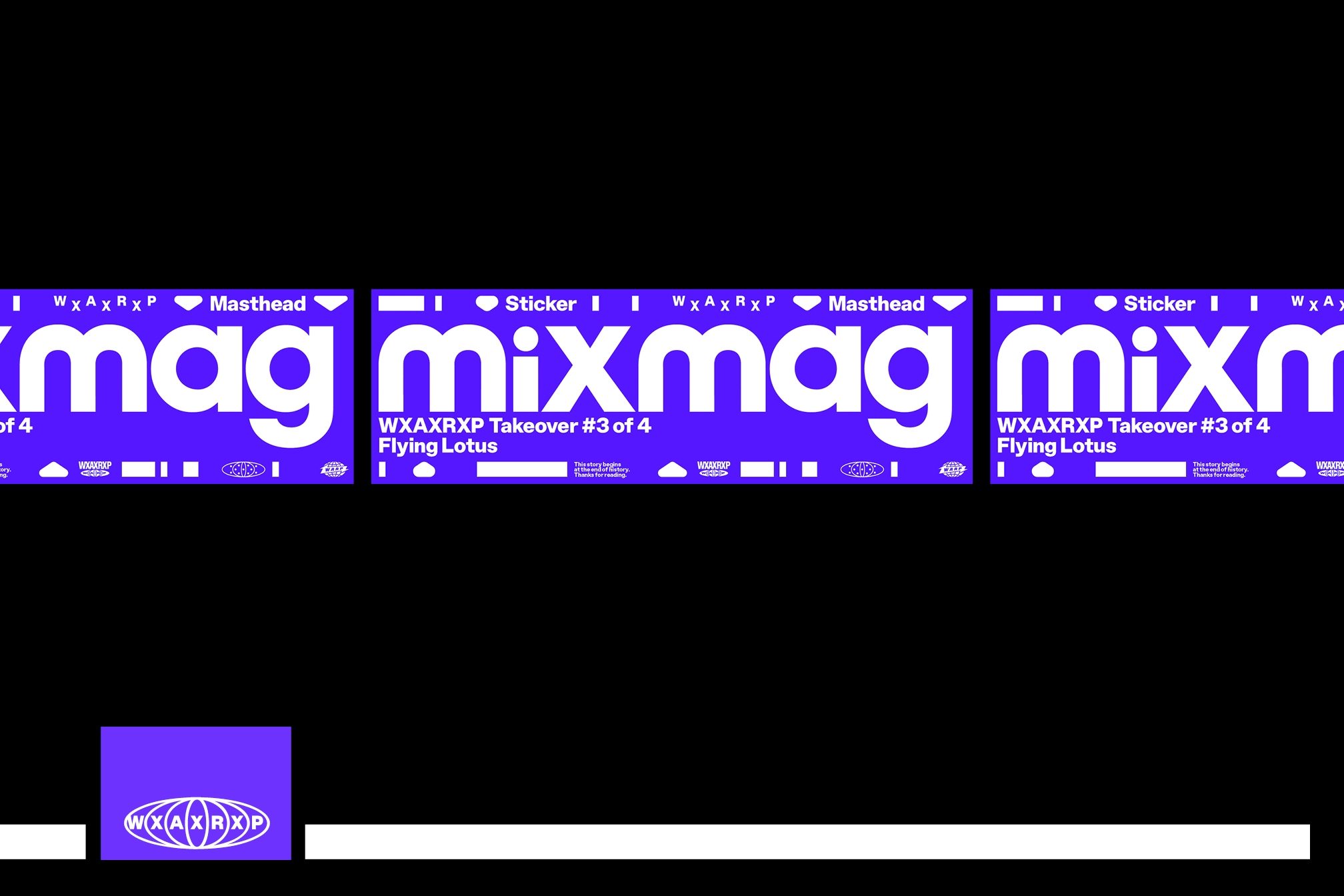