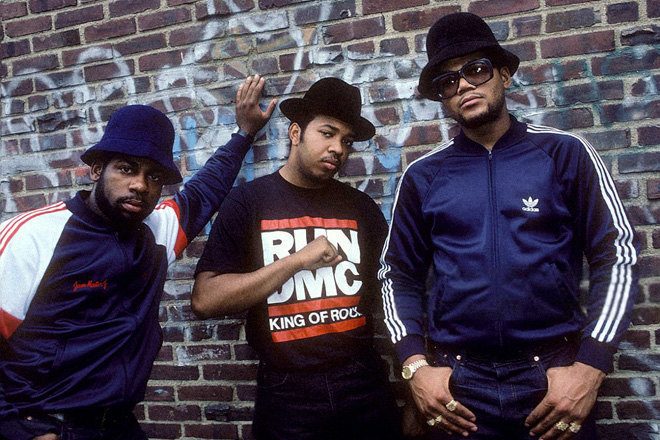 A history of hip hop in 100 tracks? That’s no mean feat. Even if you take just one song from every year since 1979, that’s already 38 tracks which gives you no time at all to cram in the many classics from 1988, ‘89, or much of the mid ’90s. Nor does it give you a chance to fully represent the back catalogues of Jay Z (a moot point since most of his releases have been nixed from Spotify), Wu-Tang Clan, Beastie Boys, Dre or 2Pac, each of whom have have played integral parts in at least five or six eras of rap. For that reason, we decided to limit the list to one track per artist – features, aliases and group memberships notwithstanding (fact alert: Grandmaster Flash doesn’t actually appear on 'White Lines', it was a marketing tactic, so it’s valid). It also gave us a chance to give space to some locals: Rodney P, Roots Manuva, Dizzee and Klashnekoff all rightfully got a place.

While we’re at it, let’s pour one out for the ones that only just missed out: Double D & Steinski’s seminal 1985 cut-up 'Lessons 3: The History of Hip-Hop' was a very tempting prospect, not least because it meant adding a dozen proto rap cuts in one fell swoop. Still, that would’ve been the easy way out. Special mention should also go to Queen Latifah (that era has been covered to the Nth degree), Jim Jones, Lil Lord Finesse and countless others. To be honest, there’s several dozen others that very nearly made the cut. Often they missed out because having 15 entries for 1988 would have just been plain silly. The same goes for huge swathes of the ‘90s. ‘Ready To Die’, for example, could have been placed in the list wholesale. Other times, it’s because the Jay Zs, Public Enemies and Beastie Boys needed to make way for artists with small oeuvres whose contributions to rap are just as significant.

If this writer had his way there’d be a tonne more material from Houston, Memphis and Atlanta; more chopped ‘n’ screwed, more b-boy stuff, more Kanye, more trap, more b-boy, conscious, backpack, hardcore (but no horrorcore or awful rap metal). And, because it’s a history lesson, there wasn’t much room for newer artists, hence 2009 onwards being represented only in half a dozen tracks.

Excuses aside, press play below and dive into the comment section to talk smack about my mum.