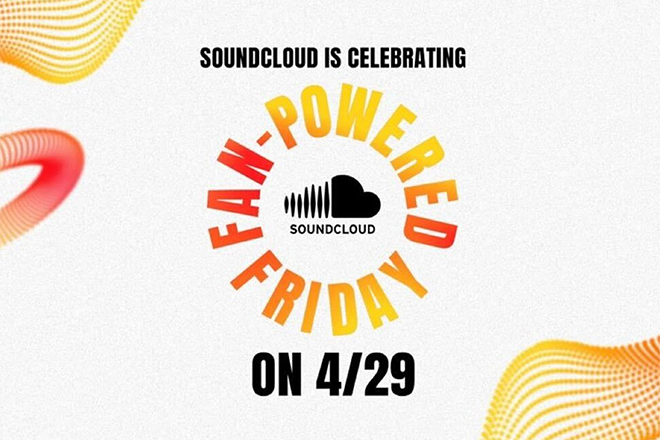 This Friday, SoundCloud will begin to match streaming royalties for independent creators.

In April 2021, it launched its ‘Fan-Powered Royalties’ initiative which meant that individual subscribers would have their monthly payments distributed.

As described by SoundCloud Fan-Powered Rotates work "you get paid based on your fans' actual listening habits. The more of their time your dedicated fans listen to your music, the more you get paid."

Read this next: Over 72000 users report being locked out of Spotify

Royalties are also based on whether the fan has a paying subscription to SoundCloud Go+ as well as how many advertisements the fan has consumed.

Since then, statistics show that from 135,000 independent artists on SoundCloud surveyed, 60% earn more royalties compared to using the traditional ‘pro rata’ model.

To celebrate, SoundCloud is introducing Fan-Powered Fridays on April 29 which “invites fans to stream music from their favourite independent artists all day long” and they pledge to match 100% of their revenue earned that day.

Also within the report, there has been a 97% growth since March 2021 in the number of fans on SoundCloud who have individually contributed more than $5 to “a single artist they love” via Fan-Powered Royalties.

Fan-Powered Royalties is our more equitable and transparent way for independent artists who monetize directly with SoundCloud to get paid and on 4/29, we will be DOUBLING artist payouts, matching 100% of revenue earned! Hit the link to learn more: https://t.co/5GTnIsjMwk pic.twitter.com/ovubKMDWO9