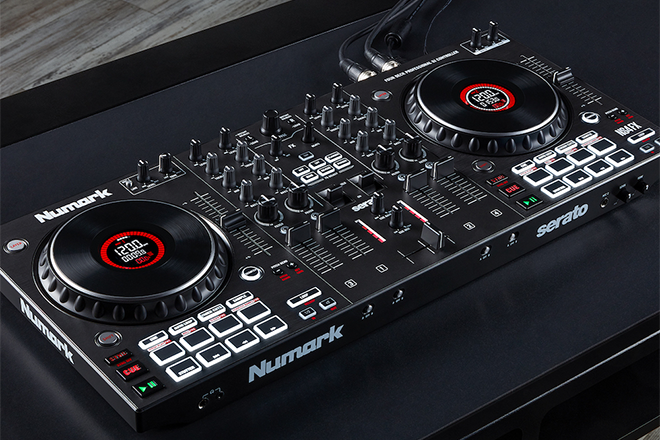 American DJ gear manufacturers Numark has revealed the latest addition to their extensive collection of controllers, the NS4FX.

The four-channel decks also feature “dedicated volume faders”, as well as a large filter knob on each channel and 3-band EQ.

Numark also added that the NS4FX will work as “an incredible, immersive dancefloor experience” alongside its 24-bit audio and professional inputs and outputs, all high quality.

Read this next: The 11 best DJ controllers

A dedicated loop section “grants quick access and control over seamless loops to extend mixes or craft custom transitions”, according to Numark, alongside an FX section where users can “engage the 6 quick-launch FX buttons using the interactive toggle switches”.

The controller boasts 16 performance pads - eight on each deck - which include Sampler, Cue, Auto Loop and Fader Cuts, with more added when linked to Serato DJ Pro.

DJs using microphones can also make use of the two independent quarter-inch microphone inputs with dedicated volume options, which are merged with the mix when output over USB.

Find out more about Numark’s NS4FX controller here, starting at £414.99.