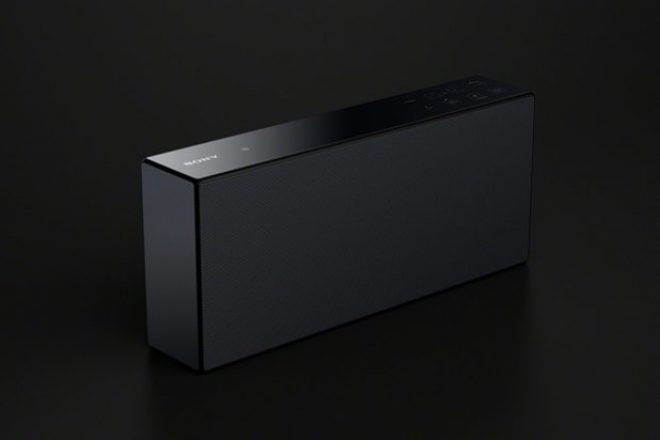 Slotting into the middle of Sony's Bluetooth speaker range, the SRS X7 is a stylish, understated device. Svelte and rectangular, the SRS-X7's follows design cues from Sony's own Xperia range - giving an overall refined look.

On its fingerprint-magnet top, the SRS-X7 displays its wealth of connectivity, with Sony throwing in lossless AptX capability, Wi-fi, Airplay, NFC, Bluetooth and an old fashioned audio in. Setting up each connection is easy and pairing up the unit via NFC is as simple as a tap - on the off chance you have a phone that's compatible.

Thanks to a Digital Sound Enhancement Engine (DSEE) and Sony's own S-Master technology, the SRS-X7 pumps out 32 watts of tight, composed sound and despite its size, at normal volumes the X7 also demonstrates some stereo effect. Clear highs mean cymbals and snares shine through, whilst the midrange is also responsive and punchy - perfect for kick-drum heavy tracks. At lower listening levels, the bottom end of the spectrum is also precise and measured.

However, crank up the volume and you'll find the X7's bass units struggling to cope with the increased demand. Higher listening volumes reveal a slightly ropier, harsh, top-heavy sound signature and the bass response will leave sub connoisseurs disappointed. If its low end isn't an issue, the X7 will last for 5 hours before needing a charge via the AC adaptor - as sadly there's no USB charger available.

A good all-rounder, the SRS-X7 offers flat, clear sound but can often feel underpowered at high volumes. If you like the style and precise response of the SRS X7 but want a bit more presence and authority in your music, it could be worth checking out the range-topping SRS-X9.