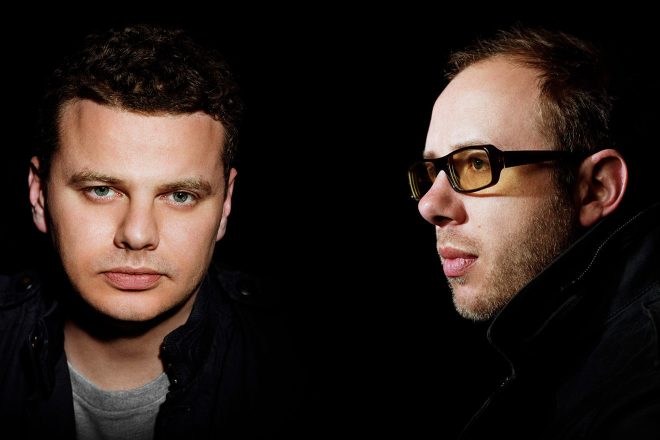 Sónar has revealed the initial lineup for its flagship Barcelona festival in 2022, taking place across 16, 17 and 18 June 2022 in Fira Montjuic and Fira Gran Via in the Spanish city.

The Chemical Brothers (pictured) will be appearing at the festival with both new music and a new AV show, while Arca, Oneohtrix Point Never, Joy Orbison and a number of others are also bringing new live shows to Barcelona. DJ sets have also been announced, with Charlotte De Witte, Jyoty and Skee Mask featuring amongst a host of others.

Sónar have also announced two new festivals that will take place later this year, the S+T+ARTS AI and Music Festival on October 27 and 28 and SónarCCCB on October 29 and 30. The festivals will involve in-person and digital events, including concerts, DJ sets, workshops and debates.

Sónar is teaming up with the Universitat Politecnica de Barcelona (UPC) and betevé for the AI and Music festival, which focuses in on artificial intelligence and the ways that this technology can affect musical creation.

While SónarCCCB will focus more on music - with stages dedicated to live music, with workshops and debates also being presented. This will take place at Barcelona’s Centre De Cultura Contemporània.

Both events are planned to be predominantly in-person, and more than 60 activities will be taking place across the two festivals. Online exclusives will also be designed to cater to online audiences.

Read this next: Sònar announces two new in-person festivals in Barcelona this year

Vaccination progress means that Sónar aim to present the event in an expanded format compared to last year’s event.

Sónar will be announcing when fans can buy tickets for the event in the coming weeks - you can sign up for presale tickets here.