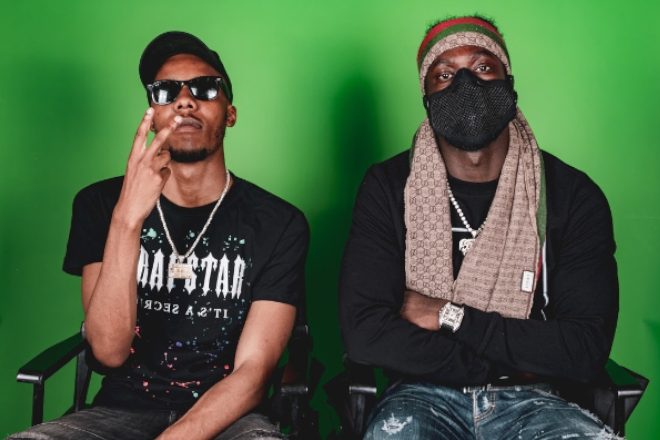 UK drill torchbearers Skengdo & AM have released a music video for their new single 'Trapping & Stacking', which features fellow 410 members TS and Rendo.

In January, the Brixton duo were handed suspended, nine-month prison sentences for performing a UK drill song, the first time a sentence has been issued for performing a song in British legal history.

They joined Krept & Konan in June to debate against the potential ban of UK drill music at the Houses of Parliament.

Check out the visuals for 'Trapping & Stacking', and stream the track via Apple Music, below,