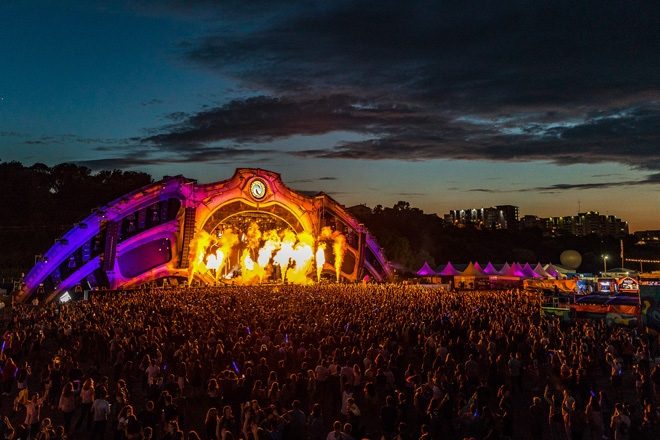 Romania’s community-driven NEVERSEA festival returns to the sun-glistened shores of Constanta from July 4 to 7.

Once again bringing together world-class artists from house, techno, drum ‘n’ bass and hip hop NEVERSEA aims to deliver a sublime musical showcase for the attendees arriving from all over the world. All of this with breathtaking sunsets and sunrises alongside the stunning Black Sea.

The Temple is the place to be for all things house, techno and tech-house. Ibiza mainstay Jamie Jones plays here, and he’ll be joined by former Mixmag cover stars Tale Of Us, Dubfire and a host of Romanian artists such as Raresh, Livio & Roby, Prâslea, Priku, Sit and Dan Andrei.

Anyone looking to engage in their spiritual side will find their sanctuary with the Daydreaming Experience. No artists have been announced yet, but for an idea of the talent to expect here, last year’s names playing included Black Coffee, Claptone and Acid Pauli.

Production on all stages is set to wow for a third year running, with each arena stamped with its own unique style.

Over 210,000 people partied at NEVERSEA last year, travelling from 95 countries around the world, namely the UK, Germany, Israel, France and the United States. The majority, though, flocked from Romanian cities to create a rich, melting pot of cultures.

Four-day passes are now available for €118,95. Get them here. See the full line-up below.

Many more to be announced soon.