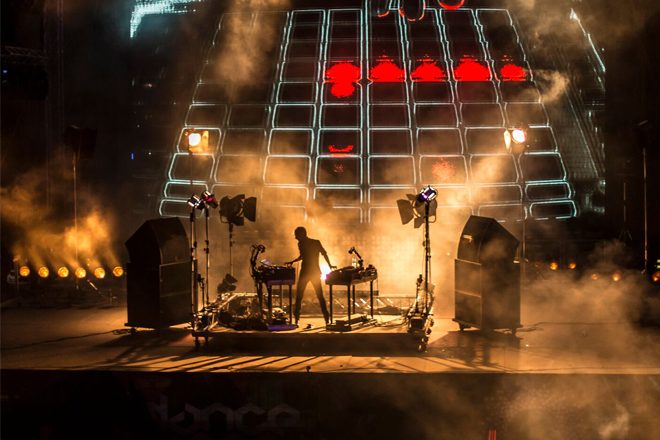 After debuting live extravaganza CLOSE at Coachella ‘17 and taking it on the road to Primavera, Sydney Opera House, and, most recently, London’s All Points East, Richie Hawtin has announced two UK headline shows.

The new dates are at Glasgow’s O2 Academy on October 11 and The Roundhouse in London on October 12, providing an opportunity to catch this award-winning show in a more intimate setting.

According to a press release, the show “explores the relationship between human creativity and the innovative technologies that enable an artist to express themselves”. This isn’t the first time Hawtin has stepped into an artist’s realm, having collaborated with Anish Kapoor in Paris and Andreas Gursky in recent years.

Hawtin said: “I have spent most of my life behind a table half-concealed. The CLOSE show removes the barrier between artist and audience and it feels like I’m in that moment with everybody else. It feels very powerful. If I can get to that point during the show with everybody, that’s why I got into this music. Being locked in this cloud of frequencies that feels like its from tomorrow; that you’re living in the future”.

Both dates will also be supported by Swedish artist TM404. Tickets go on sale on June 8 at 9am BST. Grab them here.

The announcement follows the news that Hawtin will play his first set at Berghain in six years.