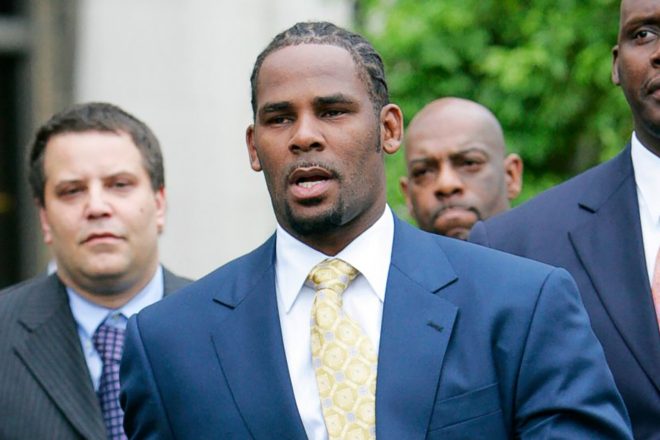 Two of R. Kelly’s lawyers asked to withdraw from his legal team, with a third choosing to take “behind the scenes” role, months before his trial begins in August.

According to the Chicago Sun-Times, Steve Greenberg and Michael Leonard requested to leave the case, while remaining attorneys argue that the two were fired before making withdrawal requests.

Billboard reports that Douglas Anton, a third attorney - has also left the team - claiming that this was not “under the same circumstances” as Greenberg and Leonard.

Read this next: R. Kelly associate pleads guilty for trying to bribe a witness

In a letter notifying the judge of his withdrawal, Greenberg wrote: "Our reasons for withdrawal are significant and it is impossible, in our belief, for us to be able to continue to properly represent Mr. Kelly under the current circumstances.”

Kelly is currently set to face trial on August 9 - after being in jail for two years. His case in New York involves the allegation that his employees were involved in finding women and girls for Kelly to have sex with, on his request.

He also faces trial in Chicago after being accused of filming himself having sex with underaged girls, as well as paying off witnesses in order to manipulate the results of his child pornography case, which took place in 2008.

Speaking to the Chicago Sun-Times, Greenberg stated his alleged reasons for leaving: "Ultimately, as trial lawyers and in the interests of the client, we weren’t comfortable professionally with allowing lawyers who have never tried federal criminal cases to have significant trial responsibilities.”

Read this next: Chance The Rapper publicly apologises for working with R. Kelly

While Thomas Farinella and Nicole Blank Becker, other members of R. Kelly’s team say that Greenberg and Leonard were fired, saying to Billboard: "The only comment we have at this time is that Mr. Kelly terminated both lawyers prior to filing their motion.”

Leonard denies this on behalf of himself and Greenberg.