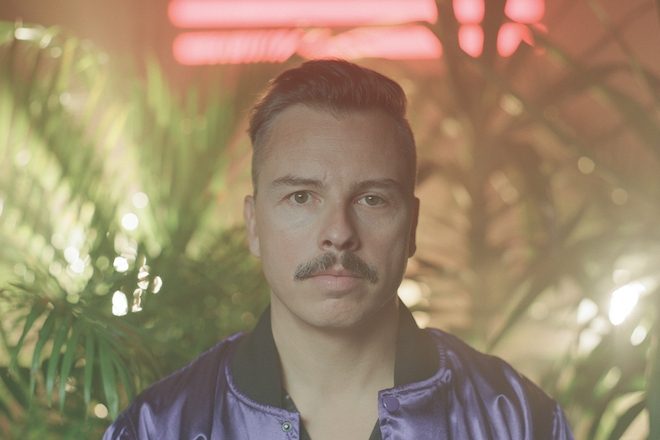 It follows the release of his debut album in 2017, ‘Soulmatic’.

‘Exotica’ pays homage to the eighties and various artists that inspired the once-underground DJ to create and set him onto the path of production.

It contains fourteen tracks, featuring Purple Disco Machine’s global influences. These include UK synth-pop, Italo-disco styles from Moroder, Milan and Munich, the funk of Prince, to individuals such as George Michael and Quincy Jones.

Some of the fourteen tracks have already been released, including ‘Playbox’, ‘Fireworks’, ‘Dopamine’ and ‘Hypnotized’ - with the latter having been streamed over 250 million times already.

Read this next: Get to know CC:Disko!, the champion of ‘less chin-stroking, more dancing’

Other tracks - such as ‘At The Disko’, ‘Music In You’ and ‘Don’t Stop’ - incorporate a mixture of club, dancefloor, piano and funky tunes amongst more mellow tracks such as ‘Wanna Feel Like A Lover’.

Whilst a producer, Purple Disco Machine also has a plethora of remixes under his belt. Having remixed the famous Shapeshifters’ ‘Lola’s Theme’, he’s also remixed for the likes of Fatboy Slim, Calvin Harris and Mark Ronson.