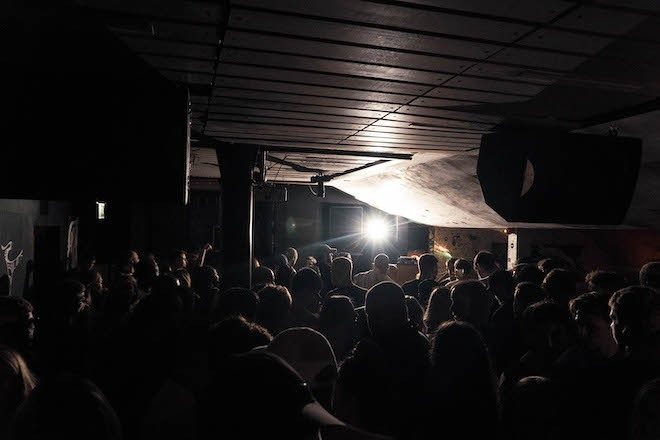 Distrikt Bar - an underground music venue nestled in Leeds City Centre - is celebrating its twelfth anniversary next weekend with two celebratory parties, both of which boast free entry.

Read this next: Get to know Elliot Adamson, the super-prolific producer from North-East England

Next week’s celebrations begin on October 22 on both their renovated terrace and main club, running for a twelve-hour stint between 6am and 6pm. The music will be provided from Cristi Cons and Sammy Dee, alongside support from Jessi and Fifty Residents.

October 23 sees a second celebratory night featuring MOVE D and Lola Haro, amongst support from local DJs such as Abi Whistance and Will Druid.

Read this next: A new 1500-capacity club is opening in Newcastle

On the celebrations, events and bookings manager Matt Bowles says: “I’m extremely excited to be hosting our 12th birthday this year, it’s a long overdue party and my first proper birthday hosting as the event and booking manager at the club. Last year we missed out massively with the sit-down and capacity restrictions so we've got a year of catching up to do.”

“This is going to be a huge event across both dates and we have extended licenses in effect both nights, meaning that we can push past the 2am curfew into the later hours. I hope that all the regular, new and old Distrikt friends and family will join us across the weekend to celebrate this milestone we've reached.”

Owner Rosita adds: “The fact that we’ve made it to 12 years without completely losing our heads is the main achievement. We’ve had more fun in that basement that anyone can imagine - we’ve created the ultimate Distrikt family.”

Distrikt pride themselves on locality and inclusivity - entry to all of their events are free, and they’ve recently been pushing the agenda for their support of the Girls Against organisation, which stands up against sexual assault and misogyny in the UK live music scene.