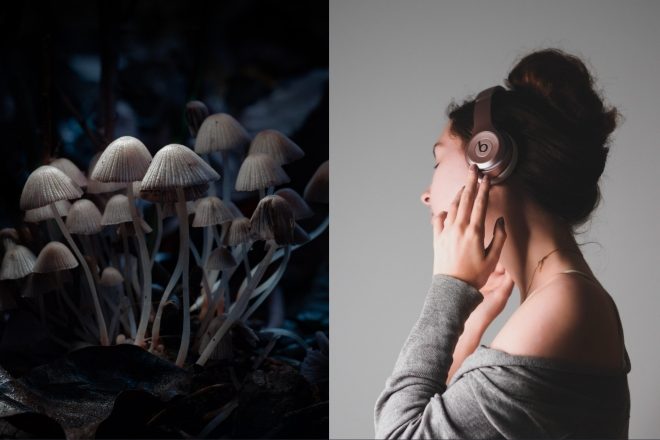 A clinical trial for psychedelic therapy using music is set to begin in London this summer, The Times reports.

The centre, which is managed by the pharmaceutical start-up Clerkenwell Health, will be Europe's first commercial environment for clinical studies of psychedelic substances.

Patients will have a controlled environment to listen to music while taking drugs including magic mushrooms, LSD, ketamine and MDMA.

Read this next: Magic mushrooms could be as effective as the most common anti-depressant

It's in reaction to a growing body of data showing that psychedelics, which have long been neglected by the medical community, offer immense therapeutic potential for mental illness when well-regulated.

The clinic was built "specifically for psychedelics" and has characteristics that allow individuals to "feel a connection to nature and humanity."

Patients in clinical studies have six-hour "trips" on personally calculated dosages of the substances under medical supervision, accompanied by music, and then get talking therapy to help them further.

Dr Henry Fisher, chief scientific officer and co-founder of Clerkenwell Health, told The Times: “The setting and surroundings and environment have a huge impact on outcome.

"Music is integral to helping guide the acute drug experience, it has been described as the extra therapist in the room. The emotions that music evokes can shape their feelings and recovery.”

Fisher believes that the three-room facility will become a "clinical excellence centre treating patients with a variety of mental illnesses."

Tom McDonald, chief executive of Clerkenwell Health, added: “Psychedelic-assisted therapy could be ground-breaking for mental health treatment, and the UK is well-placed to be at the vanguard of that as a global leader in clinical trials post-Brexit."

To conduct clinical studies with illicit Class A substances such as psilocybin, medical researchers must get a specific licence from UK authorities, which includes clearance from the Home Office.

Read this next: First-ever research for psychedelic drug therapy is opening in Australia