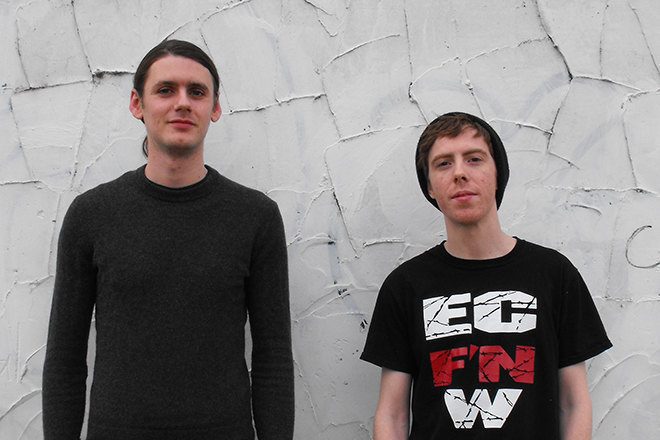 Since releasing their debut album ‘Tulpa’ on 1080p in 2013 of hazy, ambient-indebted sounds with electronic abstractions at the fore and bolder percussive foundations, Perfume Advert have maintained an impressive release streak with appearances on labels such as Opal Tapes, Where To Now? and Seagrave.

Next up the duo comprising Thomas Brown and Aaron Turner, who now reside in Salford, are featuring on Cong Burn’s debut vinyl release on a split 12” alongside Haddon, Howes and L Pearson.

The Cong Burn collective have roots across the north of Britain, and have found admirers in the likes of Ben UFO, Lee Gamble and Tasker with a series of limited cassette and CDR outings.

Perfume Advert’s contribution to minting the wax department of Cong Burn’s label arm sees the pair in blissful form. ‘Dyn Horizontal Multiburst’ opens with softly resonating pads, before subtle percussion floats into the mix. A warped whirring at the minute mark then diverts the track into higher realms of immersive elation. Listen below.